The “WTF?!” Files: The Story Of The Algar Ferrari Heist…A Con Man, G-Men, And A Totalled Ferrari 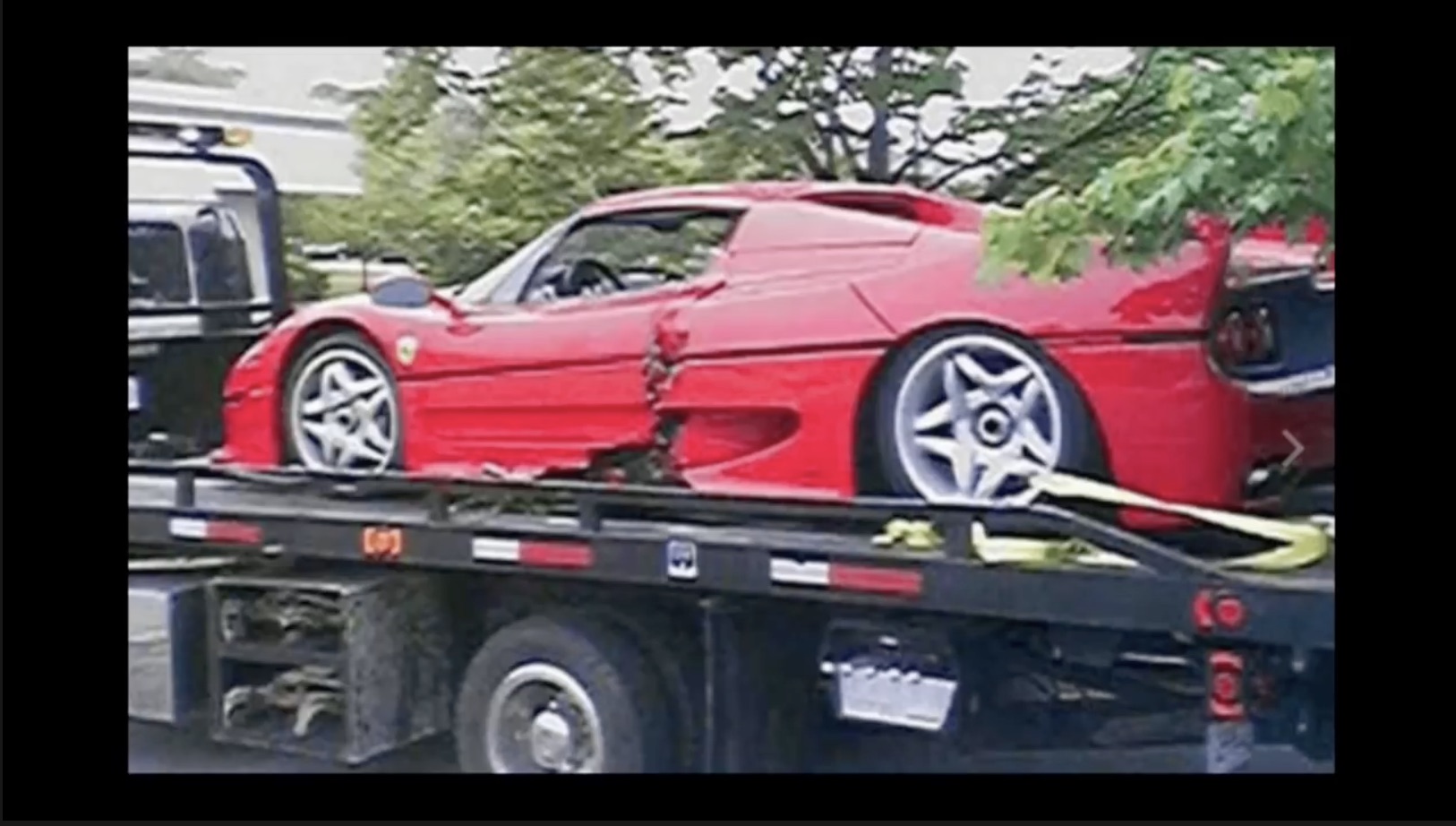 Ferrari F50, #29/349, has to be the one Prancing Horse with the best story out of all of them. It doesn’t have racing glory. It doesn’t have ownership prestige. It wasn’t crashed by a celebrity. Put bluntly, it’s not even that pretty. Sorry to any Ferraristas that haunt our corner of the Internet, but the Ferrari F50’s legacy is one of ferocity and not of beauty. But either way, if it doesn’t have any of those focus points but has the best story…what the hell happened?

It starts with a con man, an individual who had performed the same act before. The ruse was simple: get the trust of someone with the keys to a Ferrari, use the gift of the silver-tongued devil to get behind the wheel, and get gone before anybody started to question what happened. Seriously, some dude sweet-talked his way into a Ferrari F50 test drive, got the keys, and effed off into the mist before the dealership knew what happened. That isn’t genius, that’s just blunt, a sheer brazen act that nobody would’ve thought could’ve happened until it did. He got busted after he tried to sell the car during the 2008 recession, he did two years’ worth of weekends in jail, and that was that.

Wait, no, that’s not even half of the story that befell F50 #29. Hit play to hear the best spoken-word novel we’ve ever heard come out of Regular Car Review’s “The Roman”.

This Half Car Drag Boat Tow Rig Is The Best Thing You'll See Today - Genius! Beyond Opulent: The 1934 Deusenberg Walker Coupe, As Shown By Jay Leno

2 thoughts on “The “WTF?!” Files: The Story Of The Algar Ferrari Heist…A Con Man, G-Men, And A Totalled Ferrari”