Nov 10, 2019Bryan McTaggartVideosComments Off on Build & Battle 3: Gymkhana GRID Challenge Builds With A 350Z And A 3rd Gen Camaro! 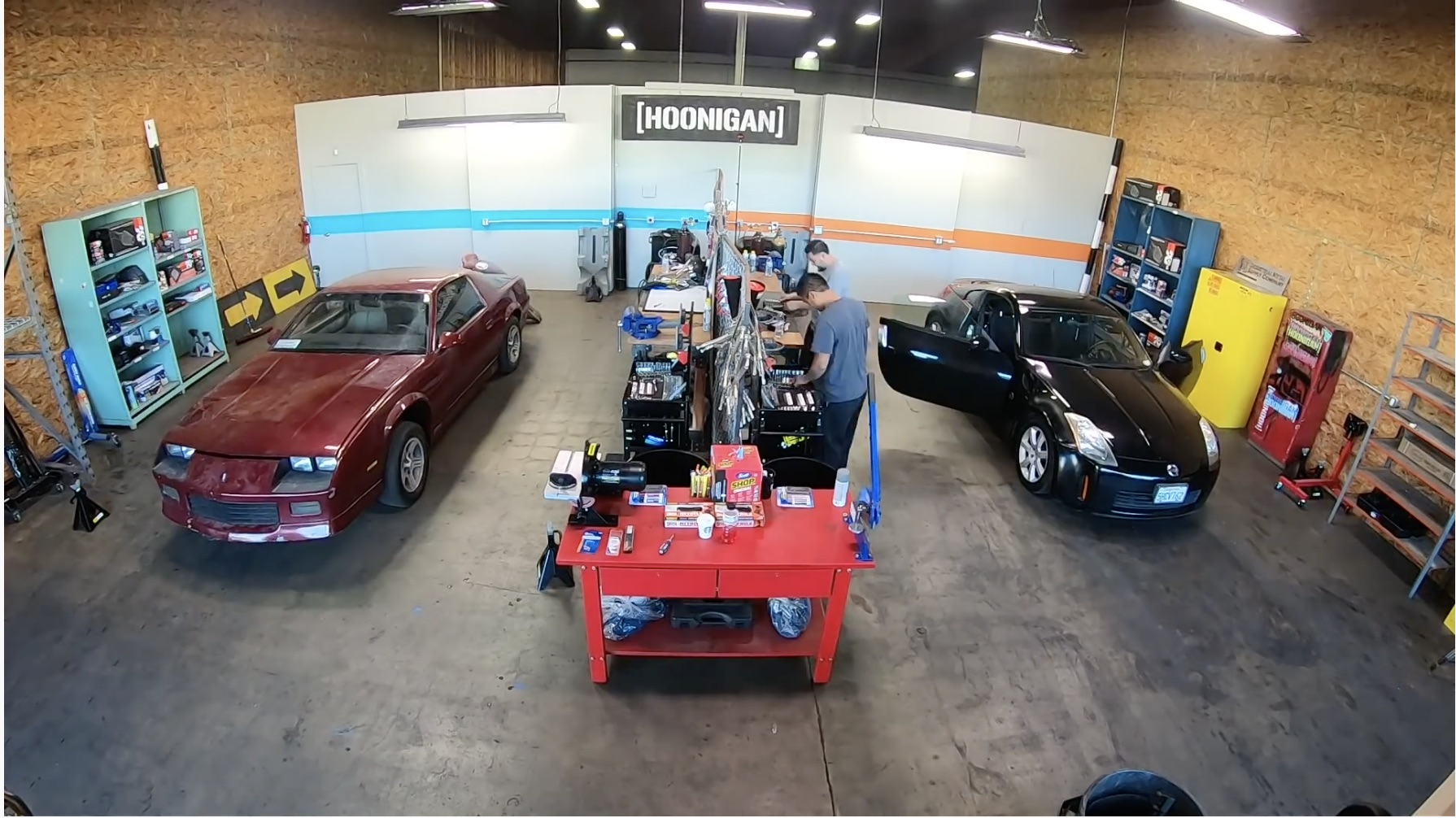 Remember about a decade ago, when those early Ken Block videos hit the Internet, back when he was driving Subarus around an airport somewhere in the desert? Those were badass videos. And if you’ve seen what the Optima folks do with autocrossing, especially if you’ve seen the handling program at an event like LS Fest, you can understand what car control can be all about. Basic autocrossing and time-attack stuff is fine for learning how to drive your car in a controlled manner, but if you can control your car while it’s just about out of control, that’s when you can claim to be a pro driver. That’s what I’m gathering from the third season of Hoonigan’s Build & Battle. The program is the same as before: two teams of two individuals each build a car with a fifteen-day deadline and a fixed $10,000 budget in order to compete in an event, with this year’s seasonal flavor being Gymkhana Grid. That’s a mixture of drag, handling, drift and rally-style moves, so it’s on to the introduction and gutting of the two cars subject to this season’s build.

The 2004 Nissan 350Z that Brian Scotto’s buddy Suppy picked is…well, it’s a military town find if there ever was one. Navy, Marines, Army, Air Force…if you’ve been near a military base in the last fifteen years you’ve seen a machine like this somewhere nearby. Guys ate these cars up when they came out and usually put them away rode hard and soaking wet. This one, body damage ignored, actually seems pretty straightforward and clean, a great start if you discount that flatulent-sounding VQ engine. The 1988 Chevrolet Camaro, on the other hand, speaks to us…it’s a $300 engineless field-find filled with rodent fertilizer from tip to tail, with a hood that tells the tale of drunken dancing one night somewhere. But it’s a solid-roof car and an excellent starting point for a handling platform, just the same as the Nissan. We can’t wait to see how these two beauties (ahem!) come out in the end of this competition!

The World Street Nationals Is LIVE From Orlando! Watch All The Action LIVE Right Here! BangShift Question Of The Day: EV Hot Rodding...Do You See It As The Future?