Check Out This Behind-The-Scenes Look At How The Actors Were Trained To Drive For The Movie “Baby Driver”! 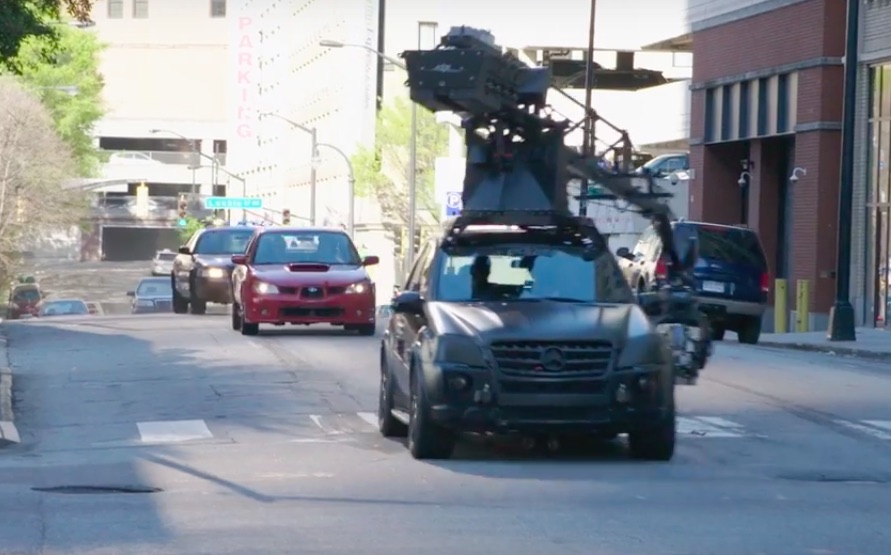 Ok, Jalopnik got a good one here. “Baby Driver”, once you choke down the name of the flick, looks like it’s going to at least have a couple of good car chases…the movie is, after all, centered on the eponymous “Baby”, a young hired wheelman played by Ansel Elgort. The trailers for the film show at least some promise, with one scene involving Baby whipping a Subaru WRX around in an e-brake induced spin to avoid a garbage truck being the most notable so far.

We hope the film is as good as the early reviews from pre-release showings claims it is, but we tend to have a bit of nervousness when it comes to modern-day car chases. Green-screen is too easy to do anymore, and many studios and directors would be very, very nervous about doing real stunt driving with the talent inside of the car, at the wheel. From a risk management perspective, it doesn’t make sense, but to viewers and especially to gearheads, it makes all of the sense in the world: to be a good actor, you have to know what you are doing, and a fake Rockford turn can be spotted a mile away. As a director, you don’t want your film shot full of holes about how you screwed it up technically, do you?

That’s why seeing Elgort and fellow cast member Jon Hamm whipping cars around at a track in California is refreshing to see, and gives us hope for the movie. Some effects are canned for the sake of shooting (you’ll see the filming rig that used to be a Chevy Avalanche, for example) but when director Edgar Wright says that they had unrigged, unwired cars performing driving stunts during shooting…that makes us smile. Bring on the real driving.

Pennies On The Dollar: This Yard In South Dakota Is Liquidating Inventory! Again? General Motors Is Being Sued Over Diesel Emissions For Duramax-Equipped Vehicles

2 thoughts on “Check Out This Behind-The-Scenes Look At How The Actors Were Trained To Drive For The Movie “Baby Driver”!”