Check Out This Hilarious Review Of The 2000 Toyota Corolla-Accurate And Sarcastic, All In One! 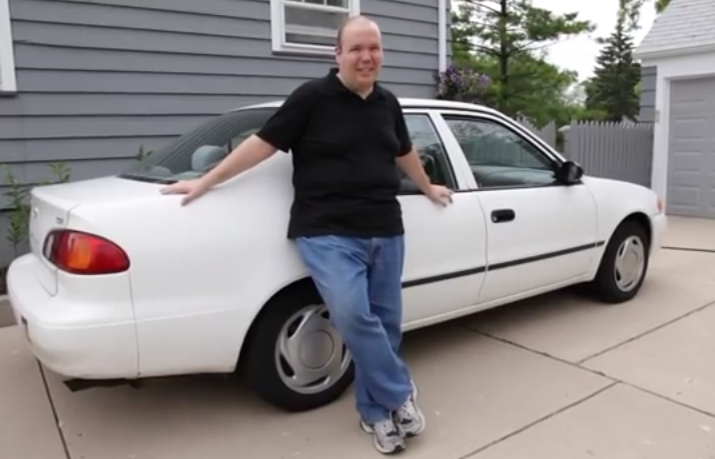 The 2000 model year Toyota Corolla is about the most vanilla offering Toyota had in their lineup, which is saying something about the company that spent the 1990s and 2000s re-defining “vanilla” in automotive terms. The E100 platform Corolla had been in the U.S. since mid-1997 and was doing well for itself, finding homes with young families, rental agencies and people who honestly couldn’t care less about an automobile but needed something to drive.

Clark Olsen Media recently “reviewed” a vanilla-white (how fitting!) 2000 Corolla with the help of comedian Neil Arsenty. From start to finish, Arsenty piles on the reasons to take a second look at a pre-“unintended acceleration” Toyota. He makes a lot of good points, some of them hitting close to home after having driven one as a rental car years ago. It’s a quick video, so take a couple of minutes and enjoy a car review with brutal honesty.

Question Of The Day: Which Group Of Automotive Enthusiasts Are The Most Unbalanced? Unhinged: A Car I Should Love, But Would Hate To Live With

2 thoughts on “Check Out This Hilarious Review Of The 2000 Toyota Corolla-Accurate And Sarcastic, All In One!”