Classic YouTube: LARC-LX vs. NSU Behind The Lane Motor Museum 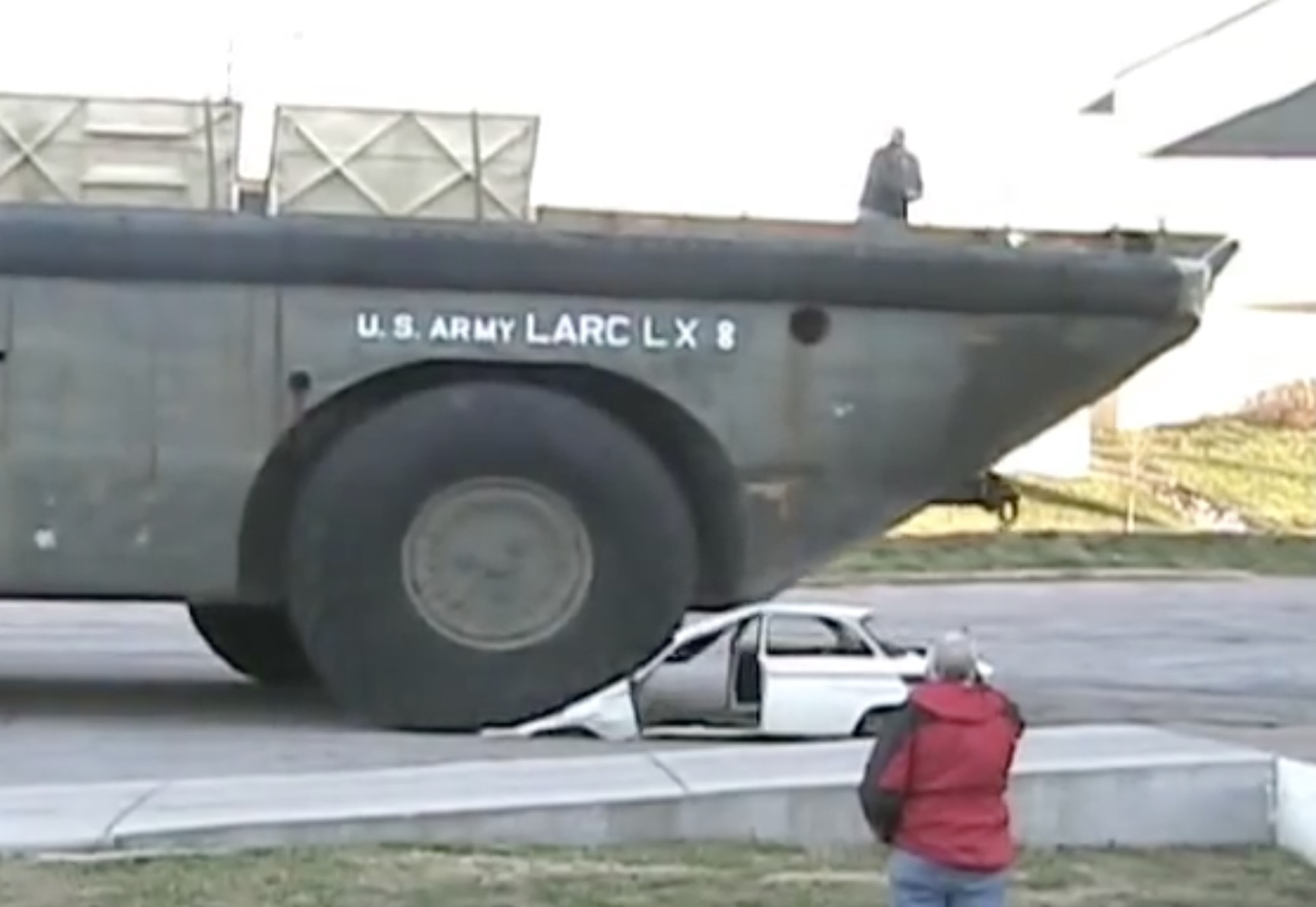 Sixty-two and a half feet long, twenty-six and a half feet wide, standing at a staggering nineteen feet, six inches tall and weighing in at an ungodly one hundred tons even, it’s the LARC-LX, one of the military’s largest moving vehicles ever designed. With four GMC diesel engines on board (one for each of the tires that are taller than the author, mind you) and a footprint that a lot of planes can’t shadow, the LARC-LX is a beast of burden in the truest sense. It was designed to haul up to 100 tons of whatever the hell the Army wanted to haul from ship to shore, through surf, up to including shipping containers. In use from the early 1950s up until October 2001, the LARC was put through it’s paces over and over again. But how can you really test out the capability of a 100-ton behemoth of a mover? Sure, it does fifteen miles an hour at best, but it’ll do fifteen miles an hour over just about anything.

The doorstop that is about to meet it’s maker under the LARC-LX’s tire is an NSU 1000. NSU’s claim to fame was one of the earliest developments of the Wankel rotary engine, but in the case of the 1000, it’s an evolution of the Prinz 1000, a four-cylinder car that offered a “sporty” image. Keep in mind, NSU was a manufacturer that was stationed in West Germany back when the Wall was a real deal. Your engine choices came down to a 996cc four, a 1.08L four, or a 1.17L four, with max output of about seventy horsepower and the shape of the car looked like it cribbed quite a bit from the first generation of the Chevrolet Corvair. Put mildly…this isn’t going to end well for the little NSU. Not one bit. Hit play below and see just how much of a pancake one movable bridge can do to one tiny little machine!

Extravagant Spending: A Georgia Sheriff Is In Trouble For Purchasing A Hellcat Charger As A Work Vehicle This CJ8 Scrambler Is Throwback Perfection And Off-Road Royalty

2 thoughts on “Classic YouTube: LARC-LX vs. NSU Behind The Lane Motor Museum”