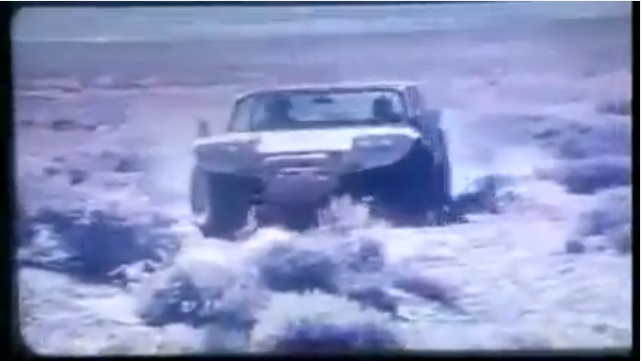 The idea of a Lamborghini-built military vehicle really does sound intriguing. Sure, it was the 1970s, but even then, between the Muira and the Countach, Lamborghini was quickly making a solid name for themselves as Ferrari’s nightmare. For an Italian sports car manufacturer that was barely a decade old, offering the American military some kind of machine to replace the institution that was the Jeep was a long shot, to put it mildly. It happened, but the reality of the situation was a lot more mundane than one would hope. The Cheetah was built on the “Fast Attack” concept for a Jeep/M151 “Mutt” replacement that the military was seeking, and if you had seen the FMC XR-311 concept that had shown up for the same competition a couple of years prior, you would have cried “copycat” just like FMC did. Both concepts used a rear-mounted Chrysler small-block and TorqueFlite automatic and both concepts had the same four-seater layout. Unlike the XR-311, however, the Cheetah stuck with a waterproofed 318ci instead of at least offering the 360ci, and with a curb weight of 4,502, the Cheetah wound up being a pig-slow beast that had sketchy handling. The lawsuit that Lamborghini and designer MTI were slapped with from FMC in 1977 bankrupted Lamborghini, which went into receivership before being purchased by the Mimran brothers in 1980. While the Cheetah was a failure, Lamborghini capitalized on the research done and brought the project back to life as the LM-002 off-roader…though now fitted with the Lamborghini V-12 and the engine sitting up front. This is the promotional video that would have been shown to Army staff and government officials during the testing process, since the military never actually tested the vehicle themselves. Honestly, we wouldn’t have been convinced either.

Watch Actual Broadcast Footage From The Day A Guy Stole The NASCAR Pace Car In 1986 - Unreal! Watch This Big Block Chevy Make 1438hp and The Get Run Through The Burnout Simulation!