Watch Actual Broadcast Footage From The Day A Guy Stole The NASCAR Pace Car In 1986 – Unreal! 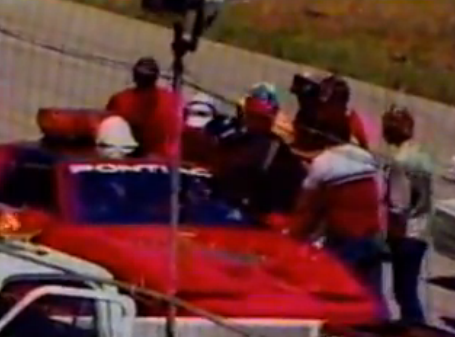 We saw the title on this YouTube video and thought we’d be watching some lame attempt at doctoring video to make it seem like someone stole a pace car at a NASCAR race and was driving it around the track. We were totally wrong. This is insane. A guy actually steals the pace at at the 1986 NASCAR Winston 500 held at Talladega Super Speedway, and makes laps with it! Apparently he got two laps in before everyone figured out that he wasn’t stopping unless they stopped him.

We wonder where the guy that did this is today. We’d love to talk with him!

PRESS PLAY BELOW TO SEE ACTUAL BROADCAST FOOTAGE FROM TALLADEGA IN 1986 WHERE A CRAZY FAN STOLE THE PACE CAR AND WAS STOPPED BY THE COPS!

One thought on “Watch Actual Broadcast Footage From The Day A Guy Stole The NASCAR Pace Car In 1986 – Unreal!”