The Moment That A Driver Fears: Watch The Footage of Guerlain Chicherit’s Attempt At the World Record for Longest Jump 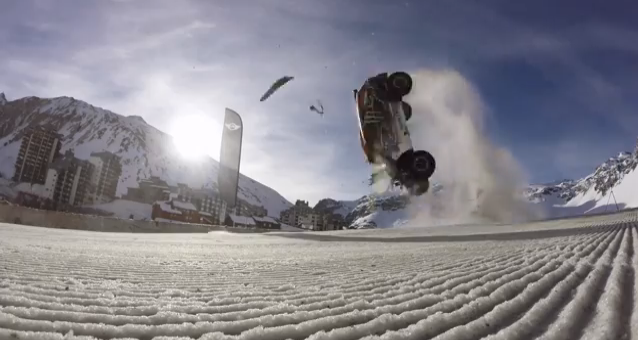 Guerlain Chicherit is a 36 year old French rally driver and accomplished freestyle skier who has had his eye on the world record for longest vehicle jump, a record that’s been held by Tanner Foust since 2011. Chicherit and Monster Energy created a course in the scenic French Alps resort town of Tignes and got to work on a jump that would be 360 feet total airtime. GoPro assisted with sponsorship, and got the opportunity to video record the event as it took place this March. What should have gone smoothly, didn’t. Chicherit’s 1000hp Mini rally car nosed over towards the end of the flight, and it went bad from that moment forward, with the Mini digging in and violently flipping end over end in the snow and ice. Chicherit only sustained minor injuries in the wreck. 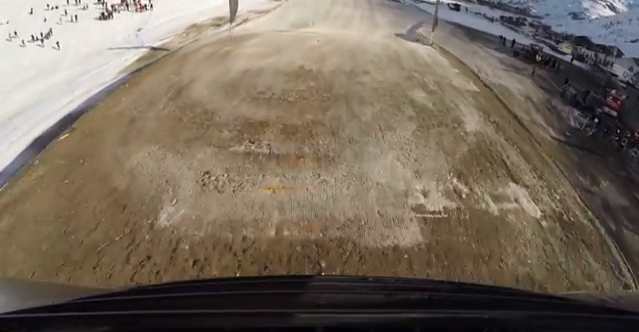 What do you do, when this is what you see out of the window?

What the video shows isn’t a showoff driver who’s playing carelessly, but instead a calculating, thoughtful risk-taker going over preparation for a dangerous stunt…and the look of a man who, mid-flight, is calmly anticipating the inevitable conclusion of his decision. It’s a great introspective of what was going through Chicherit’s head, and is certainly worth a watch.

Press play below and see what goes through a driver’s mind as he prepares for a dangerous stunt.

(Thanks to Ian Tocher for the tip!)

6 thoughts on “The Moment That A Driver Fears: Watch The Footage of Guerlain Chicherit’s Attempt At the World Record for Longest Jump”