Donk, Meet Swamp Donkey: A Blown LS7-Powered Caprice On 26s vs. A Mega Truck In A Tug-Of-War

Jun 28, 2018Bryan McTaggartRACING & ACTION, VideosComments Off on Donk, Meet Swamp Donkey: A Blown LS7-Powered Caprice On 26s vs. A Mega Truck In A Tug-Of-War 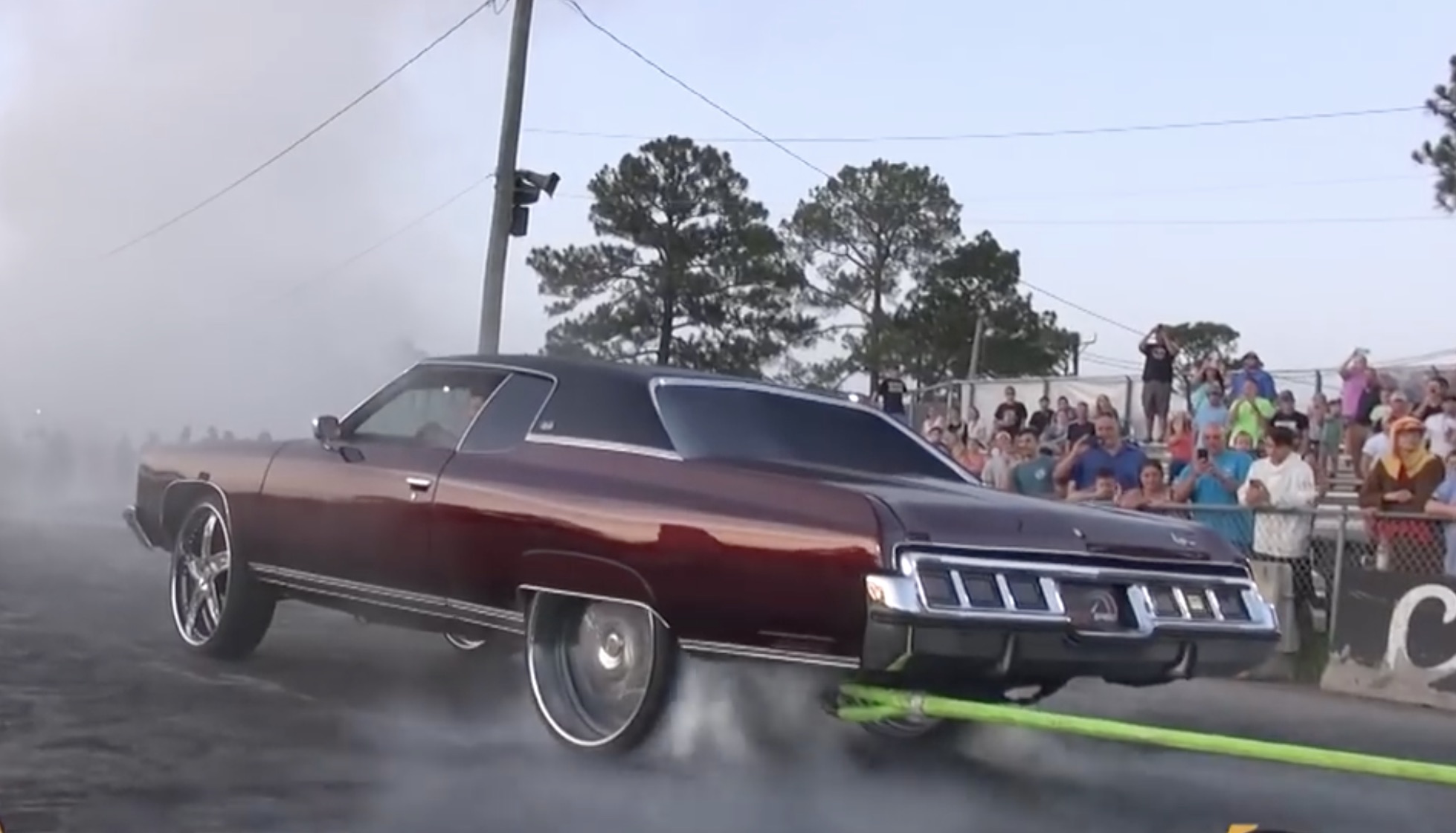 Before the comments come rolling in, let’s settle this now: ditch the wheels for anything else, ditch the grille inserts for anything else, and many of you would sell your young into slavery for this 1973 Chevrolet Caprice. This is one big, flashy monster that screams with the best of them. Might not be your cup of tea, but until you can park something at least as fast or faster that looks that good next to it, hush. Now, about that yellow tow cord you see coming from underneath the car…what the actual hell is going on here? A good ol’ fashioned tug of war, that’s what. Will Frazier decided to throw this nitrous-equipped, 1,300 horsepower Chevy up against a mega truck to see just what would happen.

You don’t have to be an engineer to know what happens. Rubber band tires and obscene power versus the weight of all of that off-roading equipment meant that the Caprice was simply tethered. But credit is given to where credit is due…least the dude went out onto the pad and gave it one hell of a shot. Given how expensive those wheels must be, we’d have expected it to just sit, parked and pretty.