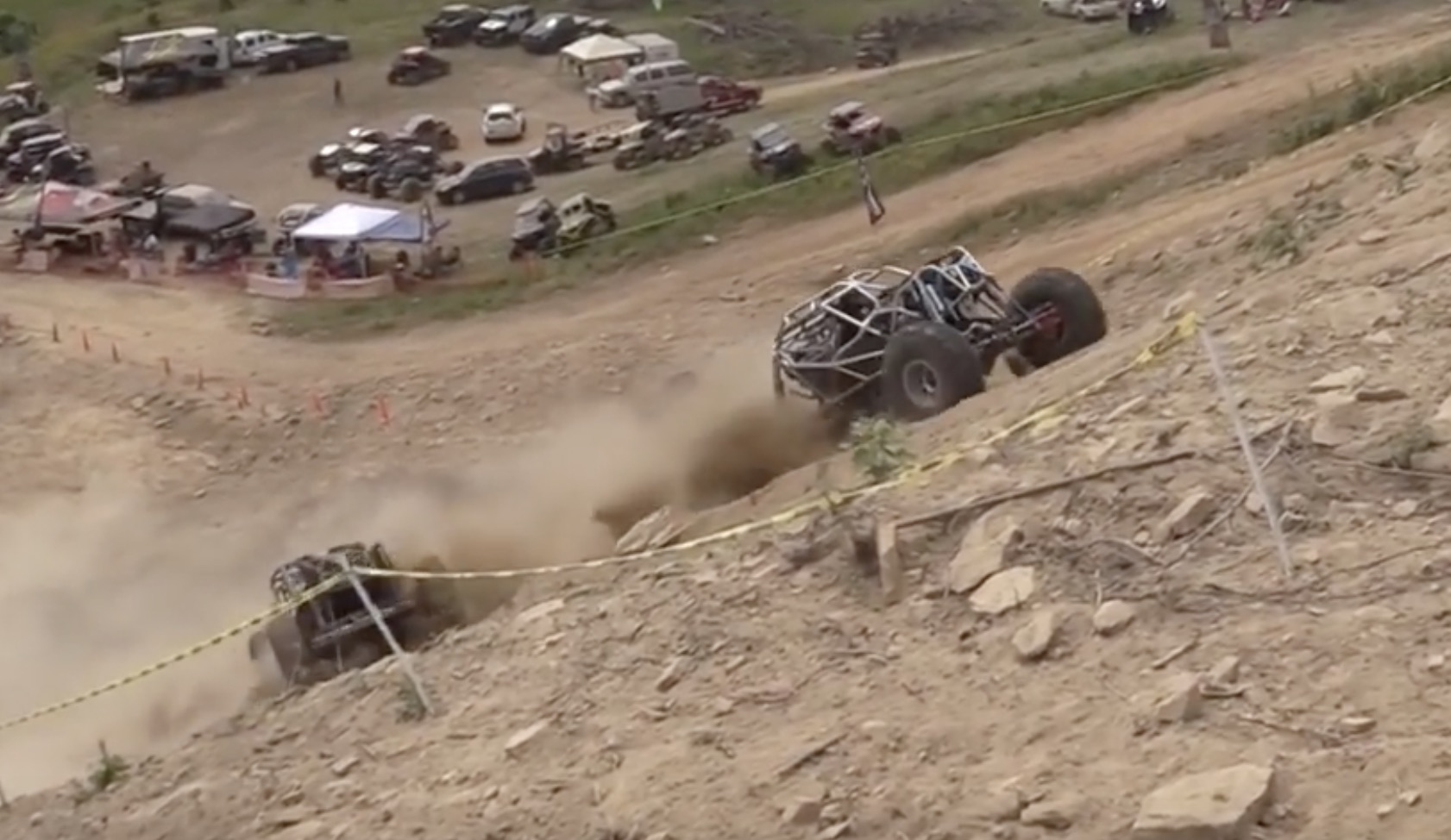 Drag racing is often called out as the simplest motorsport: point nose in the right direction, stand on gas, don’t crash, repeat. We know that’s really simplified, just like we know that the first time one of these mouthpieces ever gets a chance to take a trip down the 1320, there will be some ruined undergarments to explain away. But ok, for a second, we can agree that in the basic layout, drag racing is kind of simple. So how do you spice it up, and how far do you go? You can look at no-prep, which is like diving headlong into a hot wings challenge that promises forty-eight hours of wishing for death but will be celebrated by every witness. That’s fine. But let’s look at something equally intense, but with a bit of a slower burn: knockout hill climb racing. You’ll have plenty of action to watch when bouncers line up against each other facing a layered hill, like you’d find in a mine. You’ll have plenty of horsepower to go around, and bonus, just because a bouncer catches flight doesn’t automatically mean that the ambulance needs to roll…flight is included as part of the program! And just to end it on a high note, when there’s only three left standing, we’ll just send ’em all up at the same time and whoever makes it, wins it. Sound good? Then click the video below to watch how this went down in Kentucky!

Listen To The Entire 1963 Album "Big Sounds Of The Drags" -- No Music, All Screaming Engines, AWESOME Donk, Meet Swamp Donkey: A Blown LS7-Powered Caprice On 26s vs. A Mega Truck In A Tug-Of-War