Down In A Hole: How Do You Recover An XJ That’s Sinking To China? 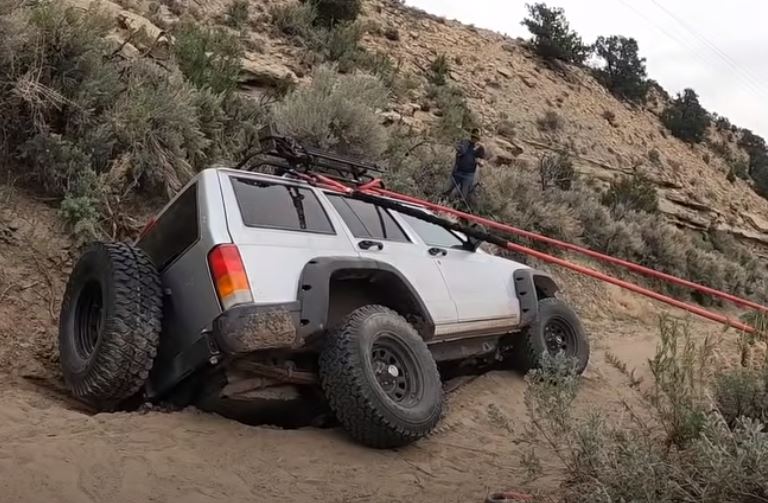 Rule number one of off-roading: NEVER, EVER go alone! That was slammed into my head the first time I ever went on a poker run with my little Honda Trail 70 back in the day, and it became gospel when I misjudged a “puddle” on a trail somewhere in the woods near Belfair, Washington. As the others helped pull the drowned minibike out of the four-feet deep water and I slogged my way off of the trail, I was grateful that the other people in my group were right there and on top of things. It probably meant the difference between twenty minutes with tools and riding back to camp, like I did, versus a very bad day that was ended by pushing said minibike miles up the road, full of water. It doesn’t matter if you are on bike, ATV, or in a four-wheel-drive…the buddy system works. But sometimes, even when you do have friends, you screw up so badly that you have to call in a professional for help.

Having lived in Bowling Green long enough, it’s safe to say that the word “sinkhole” is a bad one, especially when your XJ Cherokee falls into one when you are out off-roading with your buddies somewhere in the middle of BFE, Nowhere. Luckily, they are fans of the Matt’s Offroad Recovery YouTube channel and reached out for some help. They certainly needed it!

4 thoughts on “Down In A Hole: How Do You Recover An XJ That’s Sinking To China?”