Eating Dirt: Serious Mud-Romper Mangling Footage From All Over The Place! 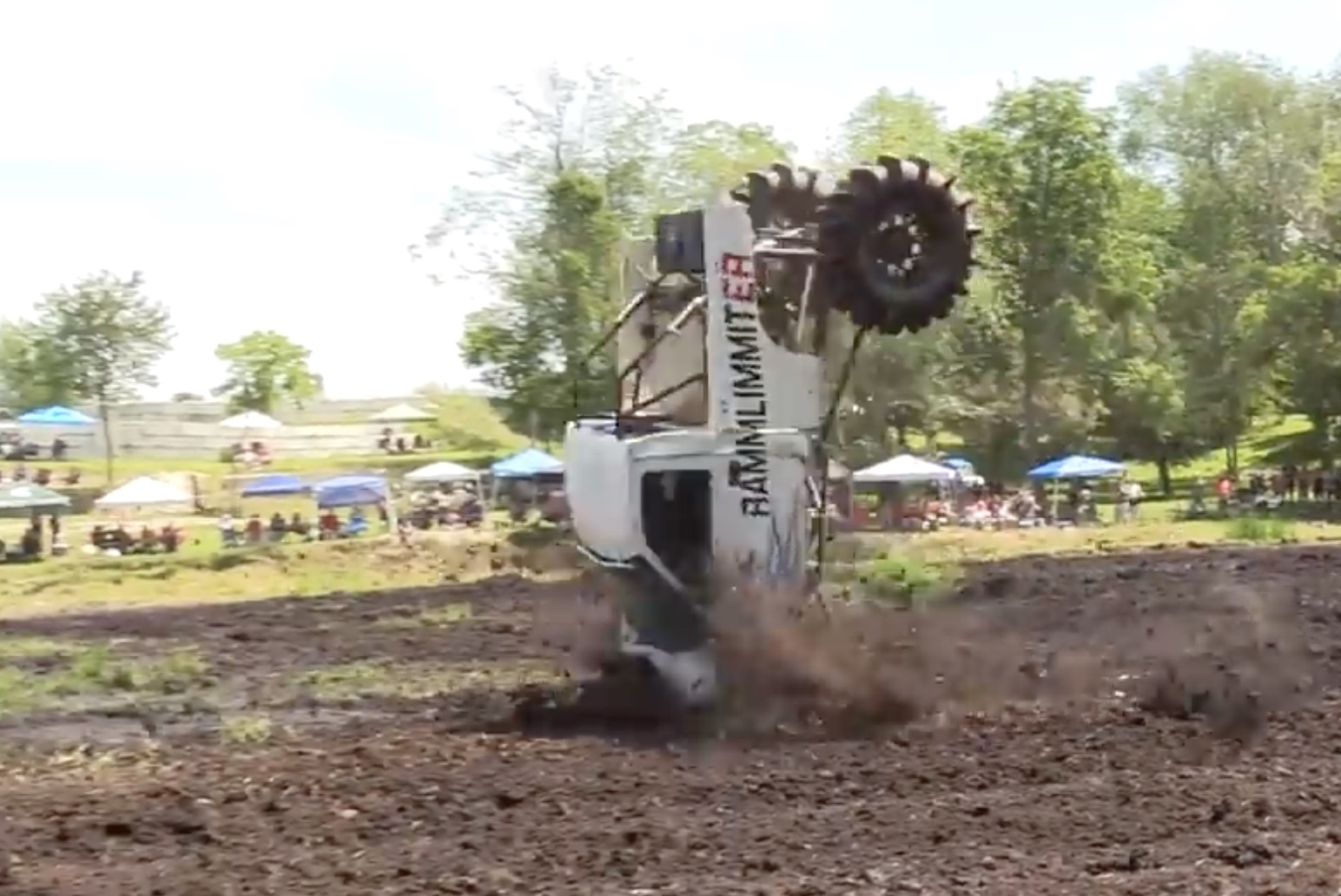 “The bigger they are, the harder they fall.” That’s the quote, right? The big dude in the corner who usually gets by on sheer intimidation factor alone can get walloped by the smaller guy that’s filled with hate and a reason for swinging his fist. Consider this the equivalent of watching Andrei the Giant getting knocked out after tripping over his own two feet and landing like a ton of bricks, then. An off-road racing crash is going to be spectacular no matter the setup. Even slow rockcrawlers who tend to have lower centers of gravity can go tumbling down rock walls and washes, so what happens when you get a mud truck going like a bat out of hell? The design for many of them is usually centered around a huge lift, a ton of power and a driver who has no fear of the long pedal on the right. Usually, that’s how they save their own ass when the pit starts getting deep! Add a few jumps and bumps in there, or a pit that could swallow up a decent-sized barbecue joint, and you have the makings of some hard-hitting, bounce-and-tumble footage that is both exciting and in many cases, a bit unnerving.

The one good thing out of all of this? Nobody was hurt. Safety equipment trumps all, and that’s a good thing, the way some of these trucks meet their demise!

January 2020 Pomona Swap Meet Photo Coverage: The Fairplex Was Packed With People, Parts, and Cool Stuff! Because GM Wouldn't Do It: 1979 Pontiac Grand Am With A 455