Ride Along On Bill Newlon’s Exhibition Puller – A Farm Tractor With An Allison V12! This Rules 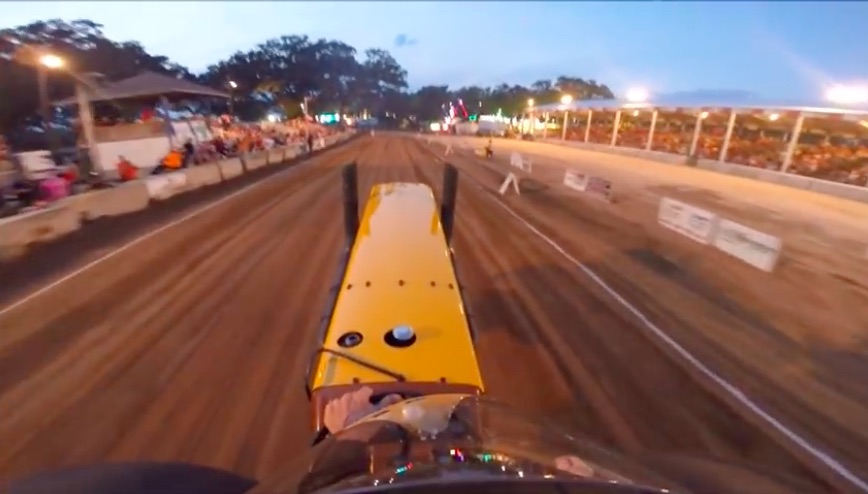 The Minneapolis-Moline G1000 was produced between 1965 and 1969. These were 100hp tractors designed to do hard work on the farm and they were sold in a few different configurations to best meet the needs of the guys who would be using them. The Minnie Mo six cylinder engine they came delivered with measured out to 8.3L and could be fueled by propane, gasoline, or diesel fuel. Truth be told they are among my favorite tractors due to their styling and that awesome power plant. Apparently Bill Newlon liked them too because he chose a G1000 for the platform to base his exhibition puller on and the thing is epic.

What we were are looking at is an Allison V12 engine powered G1000 and it is setup to be old school in the sense that he pulls with no cage on it and he even uses the squatter old tires that dudes used back in the day as opposed to the more modern taller tires most pullers bolt on to win in this era. Breathing not through open zoomie pipes but two collector stacks, the engine sounds brutal and the tractor has to be fun to watch.

When you see Newlon hook and hammer this thing, you’ll smile. He makes a nice effort, the engine sounds healthy and the tractor hits some 24mph before the sled drags him to a stop. These older retro style builds are awesome and we know that people love them. Like nostalgia drag racing there’s just something so great about seeing a creation like this.