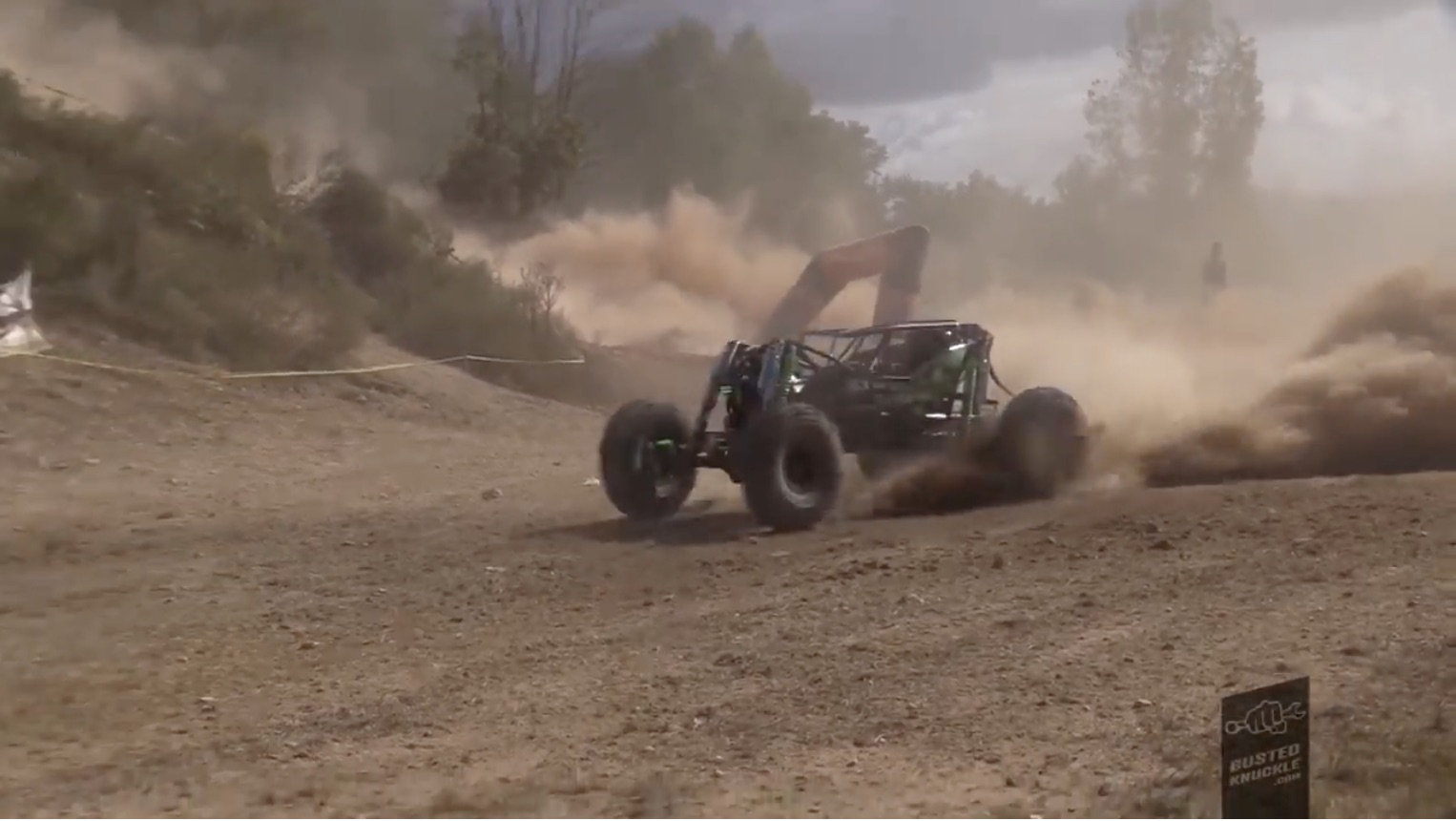 A name is everything on a race vehicle. You are branding that machine, and whatever you name it, the combination of the driver at the wheel and the machine’s capability have to align right. Think of the Swamp Rat dragsters that Don Garlits runs. What do you picture? A mean, nasty thing that will do whatever it takes to cause you harm if you attempt to tangle with it. See what I mean? BigFoot is another…you can take it literally as a reference to the tires or you can picture an angry sasquatch smashing whatever underneath it’s monstrous feet.

Now, let’s look at Tim Cameron’s rock racer for the 2018 season, “Hell Bent”. This rig wasn’t built in time for the 2018 season. It showed up a couple of weeks late and required the cannibalization of his rock bouncer rig’s engine in order to make noise. But it made plenty of noise when it started doing very well at events in the South, amazing considering that Hell Bent was put together from nothing into something in four weeks, and by the end of the season Cameron was holding one huge check as the winner, not only of the bouncer class but also as the winner in the UTV championship running.