Let Nicky Grist Tell You A Tale About Colin McRae: A Trashed Escort And A Sketchy Jump! 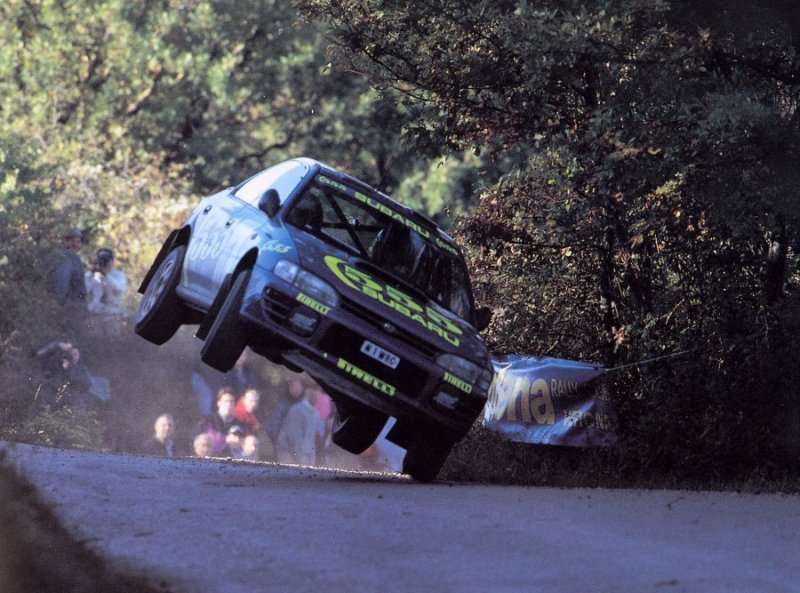 Rally drivers are a special breed. They have to be masters of car control that do not possess a self-preservation instinct. This is what it takes for a man to hop into an overpowered rocket and go flying through the forests and over hill and dale in the name of motorsport. Nobody is denying that it takes some stones to drive the car, but if there is any human on earth that can compare for sheer guts, it’s the co-driver. At least the driver has control of the car…the co-driver has to read a novella of notes off to the driver clearly and at a rapid-fire pace while getting thashed around. (And I can’t read a book on a plane without getting sick…)

Nicky Grist was the …um, lucky?…individual who sat opposite of the late Colin McRae during the 1990s and 2000s. You are looking at the face of a man who survived McRae’s balls-out, all or nothing driving style and lived to tell a tale or two about it. There are many stories that could be told that involve McRae, Grist, and a flying rally machine, but for this round, Grist lines up a story from the Acropolis Rally that involves a hell of a jump and McRae’s quest for a couple of seconds over the competition: