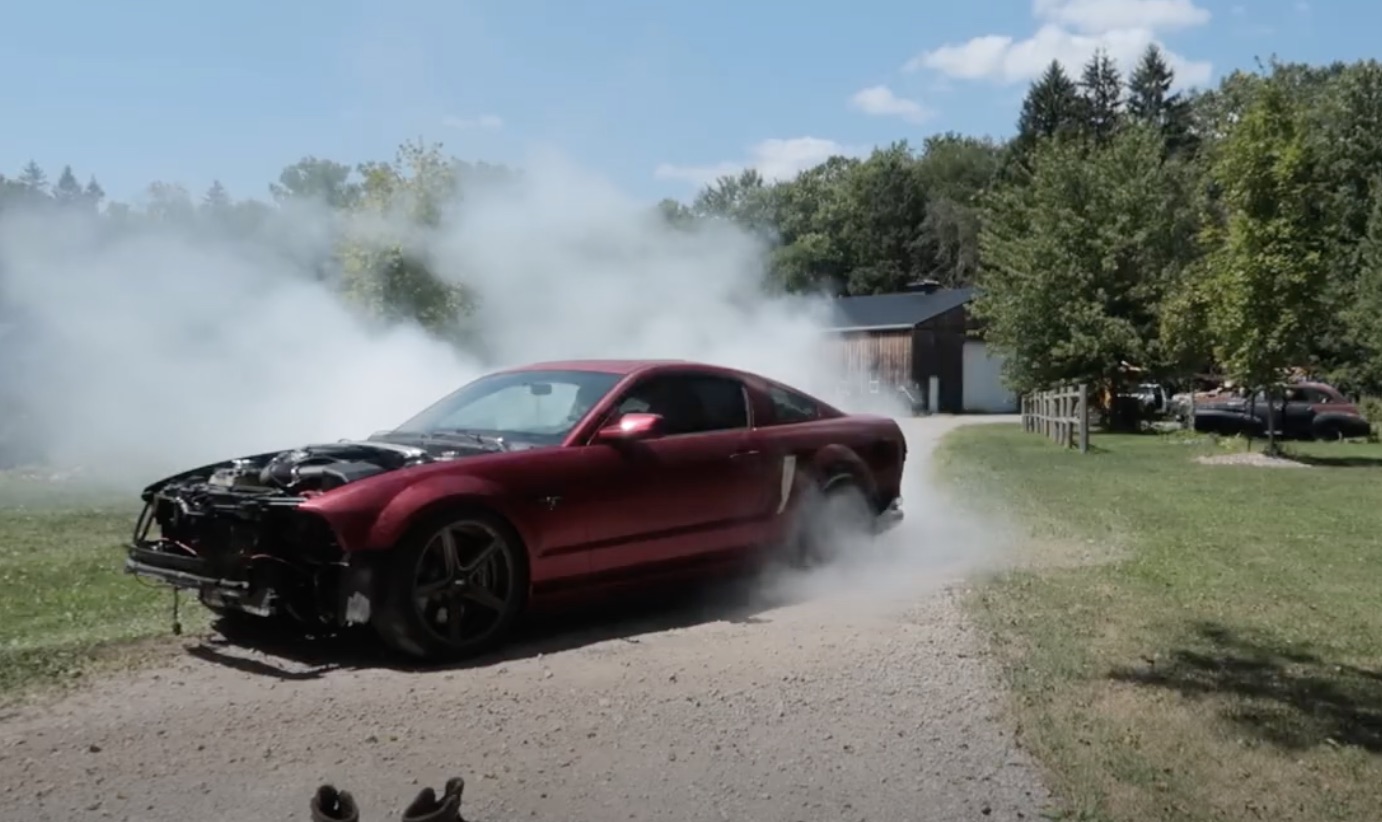 Have you ever looked at a car that has been “modded” to the hit and wonder just how well it was put together? Think back to the days of third-gen Camaros that had GTS light covers that were 3M taped on for good luck, or people who drilled about forty-five holes in the process of getting a 1970s Camaro’s spoiler to line up properly, or even more fun, every “bodykit” installed on cars in the last thirty years that is primarily composed of plastic rejected by the makers of Tupperware. Some modifications hold up over time, while others age like milk…that was left out in the Arizona sun for four days.

Rich at Deboss Garage isn’t worried about most of the modifications done to this 2005 Ford Mustang, mainly because the second he gets a big-body Bronco in his hot little hands, the engine sitting in the bay is getting ripped right out of there and chances are good that the body of the car is either going to go straight to the crusher, or they might do something hilarious to it later. Maybe donate the rest of the car to Zip Ties and Bias Plies and see what they make out of it? I don’t know, it’s a suggestion. But in the meantime, until the Bronco makes an appearance and no sure timeline of when the U.S./Canadian border will open back up, fixing up the Mustang just enough seems like the right thing to do. But good lord, there’s a lot of work. Seriously, just wait until you see some of this.

Yes, It'll Go: The 2021 Ford Bronco Sport Taking On Moab On This Day: Cadillac Is Founded In 1902 From The Ashes Of The Henry Ford Company