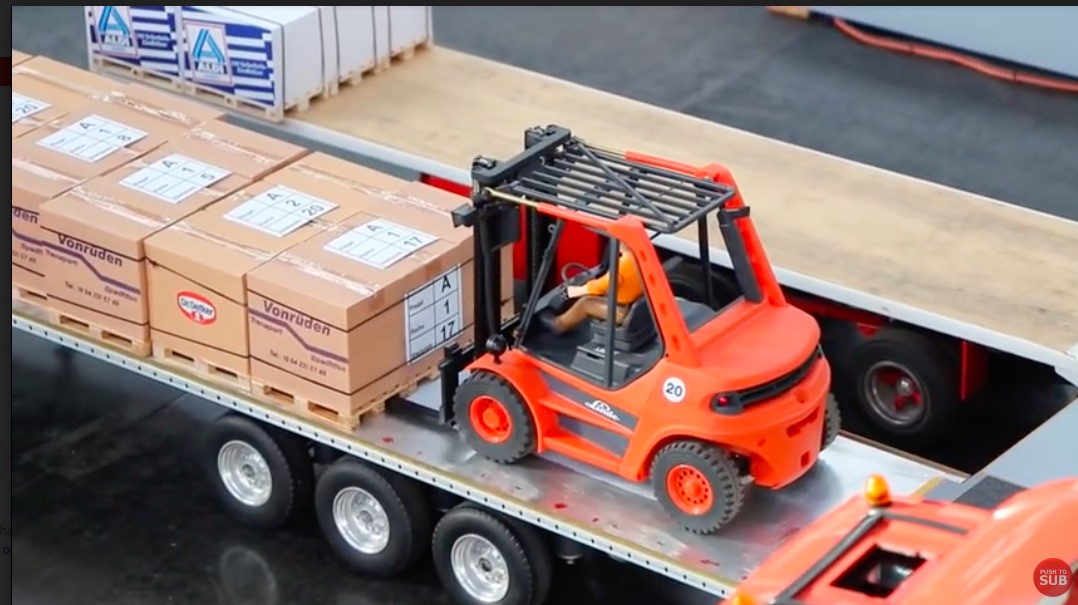 (By Greg Rourke) – When I was a kid Tonka and Buddy L trucks and construction equipment were the best toys we could hope for. Well, those and Matchbox cars when they were made in England and came in an actual matchbox. I was a kid before Hot Wheels existed, and if you make any snide comments I might smack you with my walker. Anyway, my point is we had basic toys and lots of imagination. The sandbox became an Interstate highway project or a strip mine, depending on our mood. The pattern in a rug became roads for die cast cars, parking lots were of Lego construction. Radio control anything was something we never could imagine.

Here we have something that stretches the boundaries of what we might call toys. RC trucks and forklifts running a loading dock and warehouse. One can almost smell the propane exhaust and hear the air brakes. One lift is loading tubes of some kind with a tool called a carpet pole, when I worked in a tube warehouse we called it something we won’t repeat on this family friendly site. Added realism would have included trash and broken banding all over the floor, but this seems to be a German warehouse so it’s spotless. If it was a place I worked in we would have someone knocking over the pallet racks and another guy stabbing the forks through the side of the building.
Amazing Video: Here's How Locomotives Were Overhauled In 12 Days Circa 1938 England This Vintage Lola Formula 5000 Car Crashes At Goodwood In The Snow!