Salt Ghost: Check Out The Story Of This Triumph’s Return To The Salt After Nearly Forty Years!

Aug 11, 2019Bryan McTaggartHISTORIC, RACING & ACTION, VideosComments Off on Salt Ghost: Check Out The Story Of This Triumph’s Return To The Salt After Nearly Forty Years! 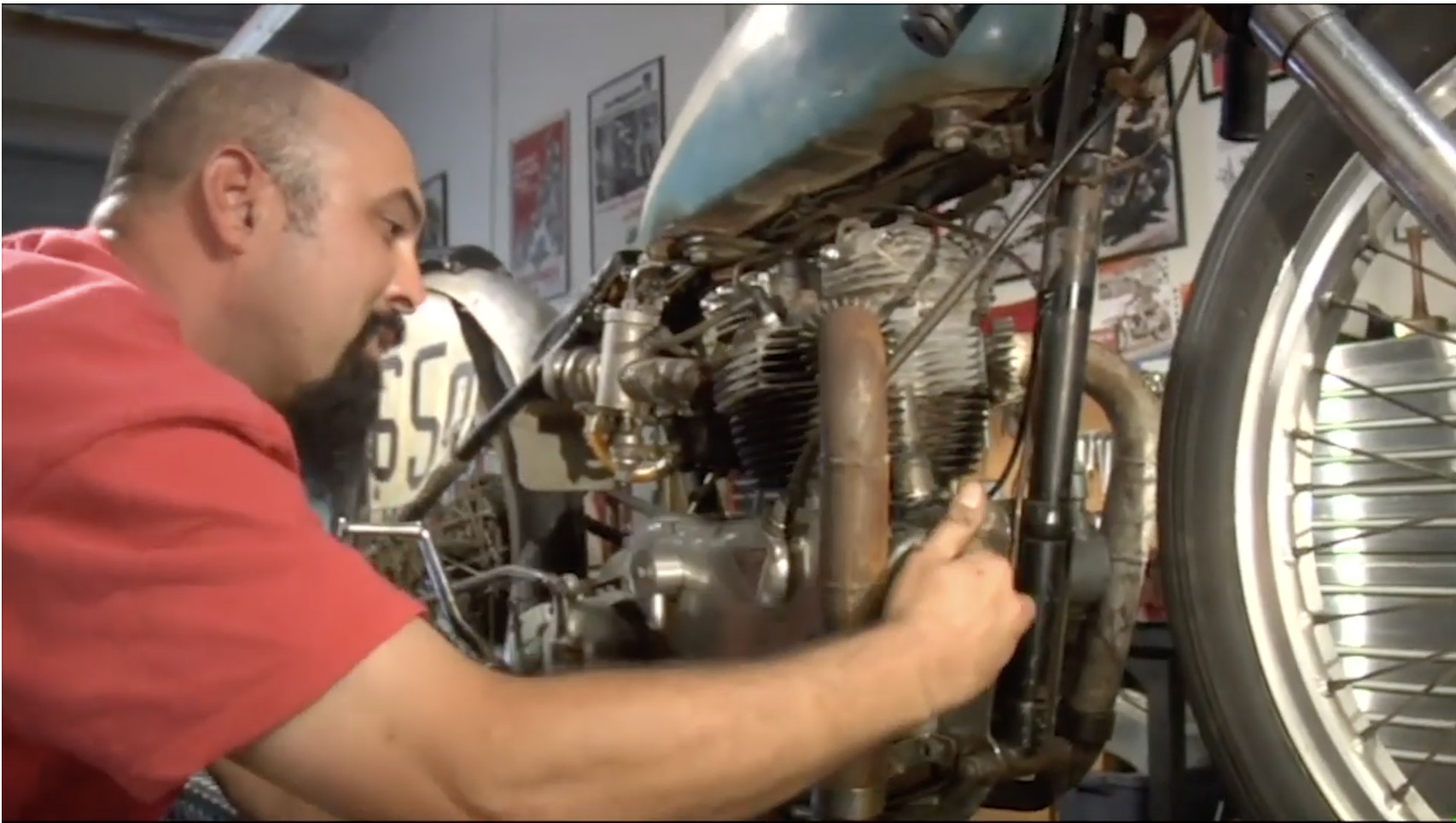 As a whole mess of antsy racers wait for the salt flats at Bonneville to dry out for speed trials, we felt like this would be the perfect time to showcase the story of a Triumph motorcycle that has more legend surrounding it than most others do. This bike is now known as the “Salt Ghost” and has been around not only Bonneville, but El Mirage as well. It’s history traces back to the late 1960s and 1970s, when it was known as the “Nitro Express”. Original rider Theo Ozen campaigned the Triumph at least through the 1970s and maybe even into the early 1980s before the bike was socked away, as-is, without a speck of polish or even a little bit of corrosion repair.

Wes White of Four Aces Cycle and Tyler Malinky of Lowbrow Customs bought the Triumph and after doing research on the APF-650 rated bike, got down to bringing the bike back to life and back to glory. If you’ve got some time to kill…and if you’re out on the salt right now, we know you do…then sit back and check out how this old racer went from mothballs to striking close to the class record. It’s worth your time.

Scrapple, Your Guide To The "meh"-Worthy News! This Week: Guess Who's In Trouble Over Diesels This Week! Problem, Fixed: The Coyote-Swapped, RWD Converted Fusion Is Alive And Kicking Ass!