The Fiero Revival, Part 10: Oh, The Joys Of Bodywork And Priming

Aug 04, 2020Bryan McTaggartTECH, VideosComments Off on The Fiero Revival, Part 10: Oh, The Joys Of Bodywork And Priming 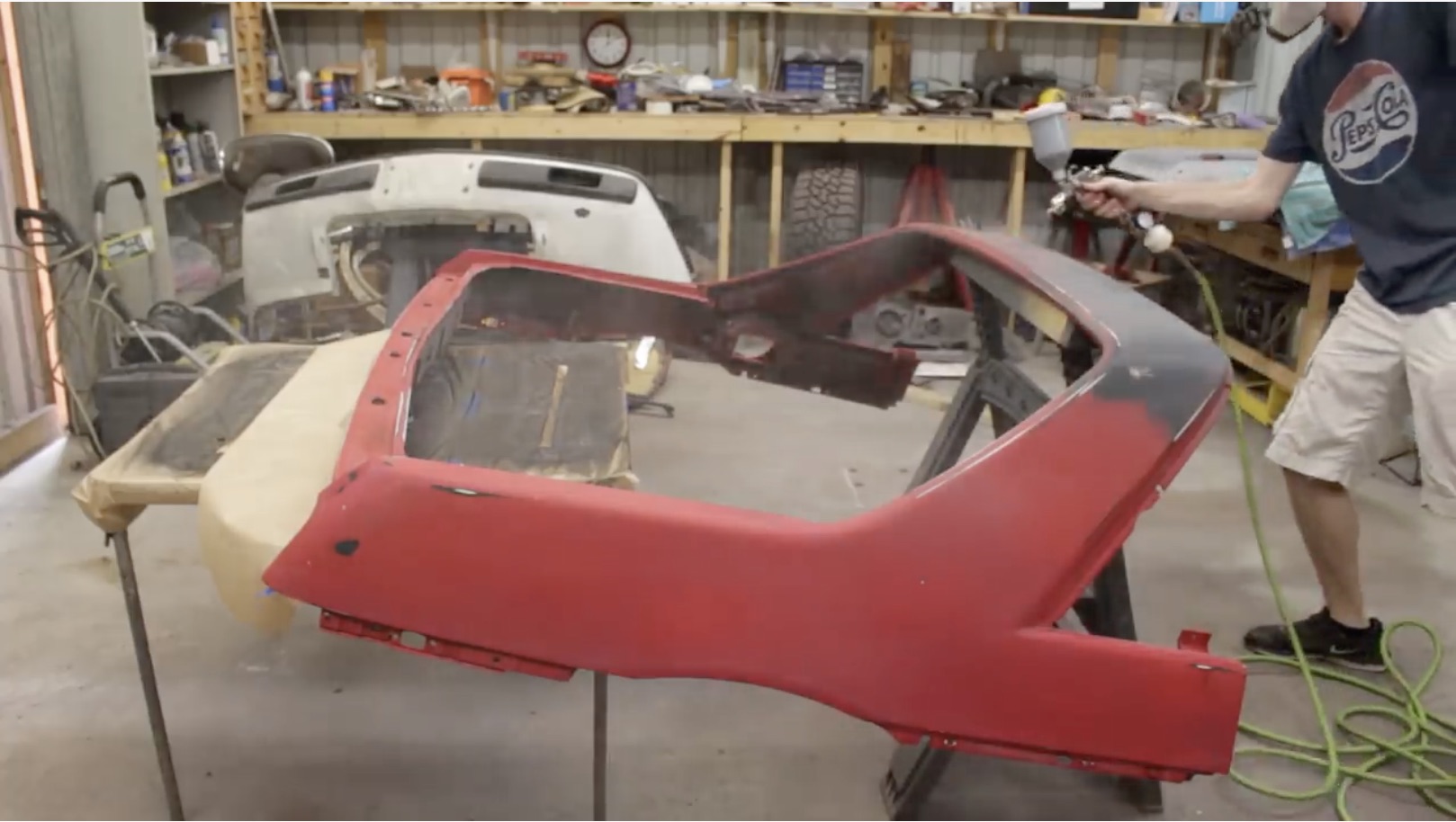 For a while during my “in the yard” days, it seemed that all I could smell for just about four years was Bondo, primer paint and masking tape. For many years there was a constant haze of dust surrounding the main shop, whether it was sanded-off paint or Bondo dust. There were shavings from the cheese grater tool everywhere. There were paddles with crusted filler on them everywhere. There were paint cans everywhere. Cars left, right and center were wearing plenty of primer, some wearing multiple layers of the stuff. The workers would walk out of the shop at the end of the day looking like they spent their afternoon playing in the “moon dust” power-style sand I found on the other side of the world. Nah, I’m good.

Well, that was my head back in the mid-1990s. Since then, I’ve done plenty of primer jobs, tweaks, detail points and body part swapping, but I’ve never faced down a full car restoration and repaint that I was going to do myself. I’m considering possibly taking one on in the nearer future, but I’m of no illusion that it will be an easy or fun task. Especially when you consider the vehicle I’m working with and it’s flaws and issues.

In the latest update to the Fiero Revival program that Ronald Finger has been busy with, it’s time to face the music himself. He’s messed with just about every other possible part of the car, so it’s time to break out the sander, the respirator, and a bottle of something warming for after the work is over. That neat body that Hulki Aldikacti put onto the Fiero makes it easy to bring the panels inside and to prepare off of the car, but that doesn’t mean that it will be a walk in the park. Follow along by hitting play on the video below.

Mini Raging Italian: This Lancia Montecarlo Is A Micro-Machine That Moves! Great Escape: What Living With A Slide-In Camper Is Like In A Nutshell