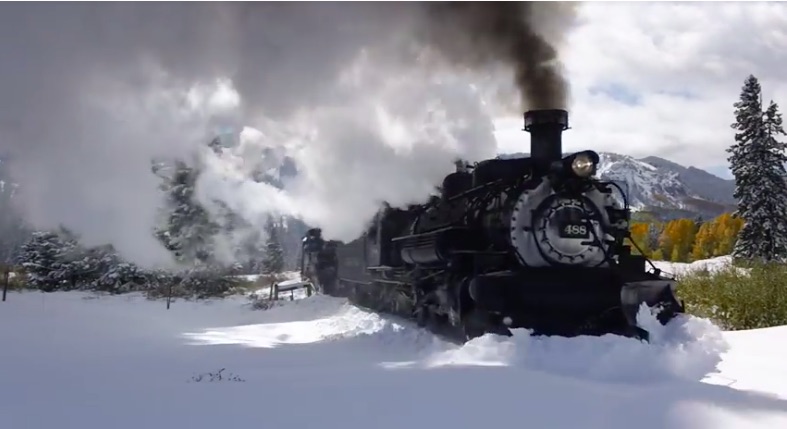 We love us some steam locomotives here at BangShift and have run hundreds and hundreds of pieces of content over the years showing them doing their thing in various configurations and settings. This video is neat because we see two big locos working in tandem to plow snow off the tracks on a grade while traversing the tracks of the Cumbres and Toltec scenic railroad. That particular line was opened in 1881 and runs in both Colorado and New Mexico going through the pass and the Toltec gorge.

The neat thing here is the two locomotives are pushing and grunting their way up a grade while clearing the tracks and hauling like 10-12 passenger cars behind them. We are guessing that this video was made in the later fall and at elevation because the line does not run straight through the winter. High enough up in the mountains and the snow would surely be flying by that time of the year.

The shot is really beautiful and when the trains come by and hammer their whistles it makes for a really good show…if you are into stuff like this.

European Clap Back: This Film From The 1971 Questor Grand Prix At Ontario Is Amazing Listen To A BRM V16 Scream Up The Hill At Goodwood, Best Sounding (Non-Nitro Burning) Race Engine Ever