Ultimate Adventure 2015, The Off-Roading Answer To Power Tour! Ride Along Through Seven States And Tons Of Fun Trails!

Nov 19, 2015Bryan McTaggartRACING & ACTION, VideosComments Off on Ultimate Adventure 2015, The Off-Roading Answer To Power Tour! Ride Along Through Seven States And Tons Of Fun Trails! 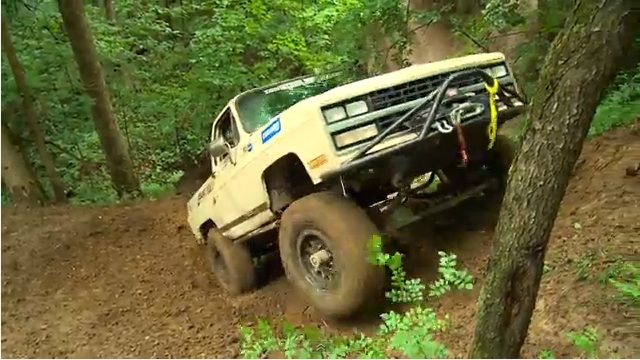 The concept behind the Four Wheeler Network’s Ultimate Adventure is simple: for a solid week, you and a buddy are going to go off-roading with a group of like-minded souls. You will be off-roading the daylights out of your rig, driving plenty on the street, and camping in full-primitive form…no hotels or even KOA campsites for you, we’re talking tents, bags, and a ton of beef jerky! Does that sound like a blast? That isn’t even the fun part! The best bit of it is that only two people know where the entire group is going and they will not tell them the route until it’s time to leave! It’s a full-on mystery adventure filled with mud, rocks, and fun, and possibly some broken parts, and it looks awesome. Led by Rick Péwé and attended by Dirt Every Day host Fred Williams, several pairs of readers, sponsors and magazine staff headed out this year to run around the Southeast, spanning a zig-zagging line that starts out in Ohio and ends up in Alabama, and the video series is just now hitting YouTube. Check out the gritty action below!

Bill Nye Says NASCAR Should Be More Like NASA In His New Book - Completely Jumps Shark NHRA On Fox: 2016 Television Schedule Released And Boy Does It Look Different From 2015