The Sounds Of Freedom: Watch And Listen To Every Engine Combination Sherman Tanks Used 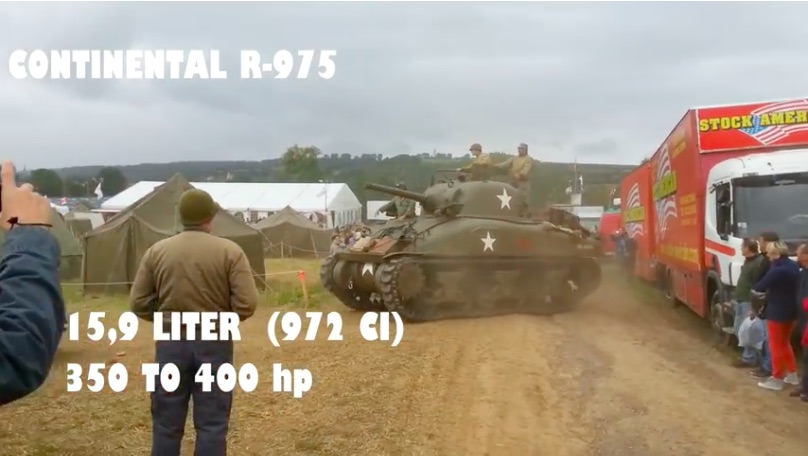 The venerable Sherman tank used by American and Allied forces in WWII may not have been the best thing on the battlefield but it was functional, evolutionary, and they were used in volume. One of the more interesting elements of the machine was the power plant selection, which was not just limited to one engine or style of engine over its combat life but rather a series of many.

There were aircraft-style radial engines used at first and then there were tandem engines used, like a pair of Detroit Diesels hooked together, there was Ford’s massive 1100ci Aluminum V8, and the truly insane 30-cylinder Chrysler five bank engine which linked five inline six engines together in a starfish shaped pattern. Sounds interesting, right? Sounds is the operative word here.

While we had read about this stuff before we have never heads the majority of th engines used in this discussion operate. That’s what this video fixes for us. What you are going to see is a range of Sherman tanks and all of them have a different engine and all of them are running an driving.

We were impressed with how loud the radial engines were, shocked at how un-weird the 30-cylinder mill sounded, and pleasantly surprised at the goodness of the Detroit Diesels and Ford GAA were. Tank mechanics had their hands full with these things and we’re guessing that by the end of the war, the hardcore wrench benders that knew all of the different power plants were in high demand!