We Ride Like Gentlemen: Driving The Mille Miglia In A Blower Bentley

Oct 11, 2019Bryan McTaggartHISTORIC, VideosComments Off on We Ride Like Gentlemen: Driving The Mille Miglia In A Blower Bentley 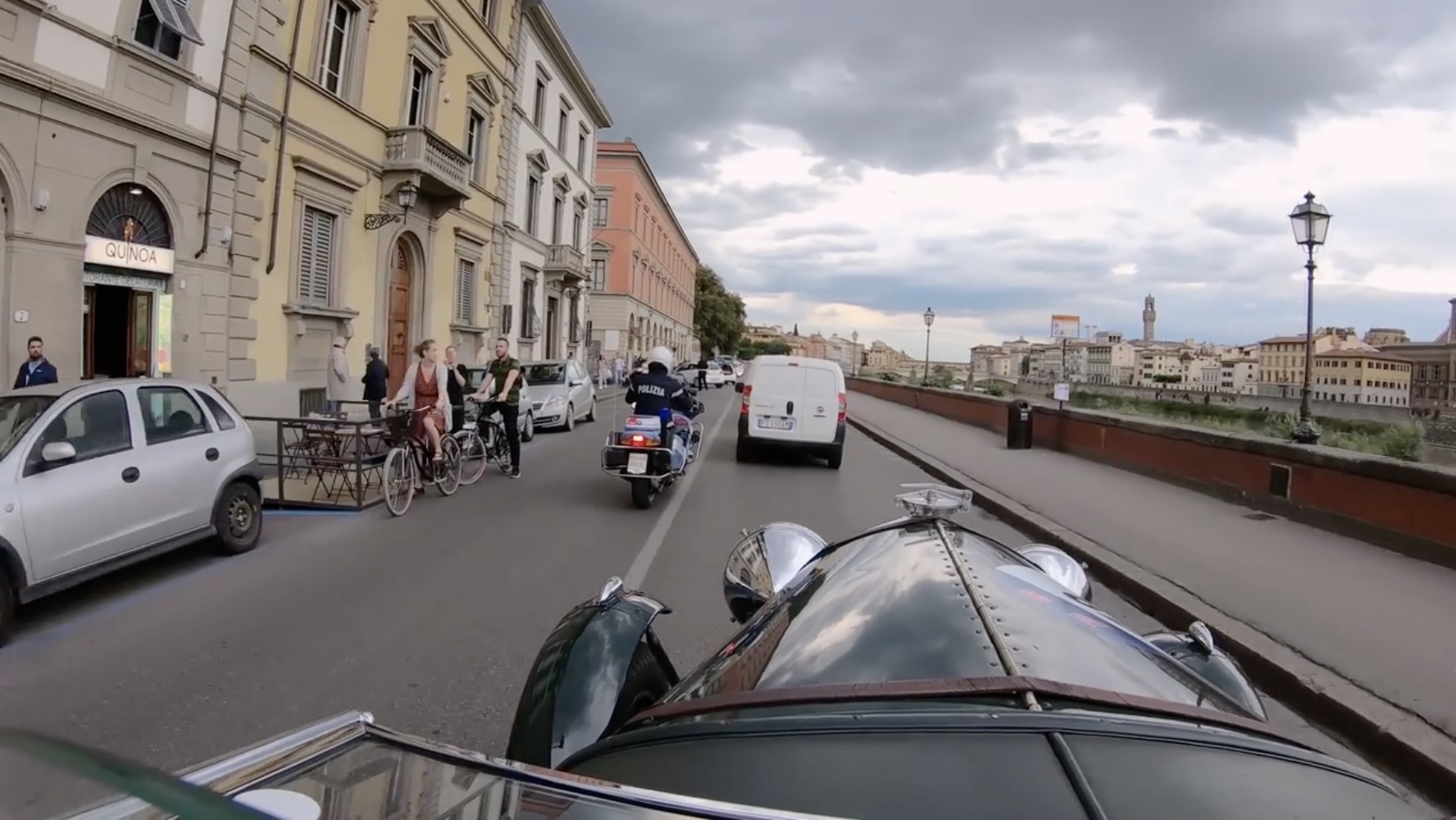 The perfect car trip isn’t just about making it from start to finish in one piece. You can have a spectacular trip but be in the wrong car for it…case in point, I drove the northern half of the Pacific Coast Highway, a stunning ribbon of asphalt if there is one, from San Francisco all the way up and around back to Olympia, Washington…in a 2006 Chevrolet Monte Carlo SS. Cool trip, but a warmed-up Corvette with a targa roof and a manual trans would’ve been more like it. Just driving yourself somewhere is yawn-inducing. You want the experience. You want the proper sensations, the right feelings and textures, the correct smells, even. When I roll into Las Vegas, I want a land yacht circa 1970…Cadillac, Lincoln, Imperial, whatever. On empty desert roads, give me something with more horsepower than I can stand and don’t ask what I’ll do with it. Sightseeing leaves in the Northeast? A Jeep Grand Wagoneer. See where I’m going with this?

The Mille Miglia, translated, means “Thousand miles”. Appropriate, since it’s a grand tour drive that spans approximately such a length. Originally a race between 1927-1957, it morphed into a road rally setup, which lasted until 1961. In 1977, the current Mille Miglia Storica setup has existed. It’s a rolling parade of period-correct machines that run the routes of old with some time trail sections along the way. Carfection got a chance to ride along in a Bentley Blower and documented the trip. Check it out: