With New Chevrolet Performance Parts, You Can Turn Your Colorado ZR2 Into An Off-Road Beast 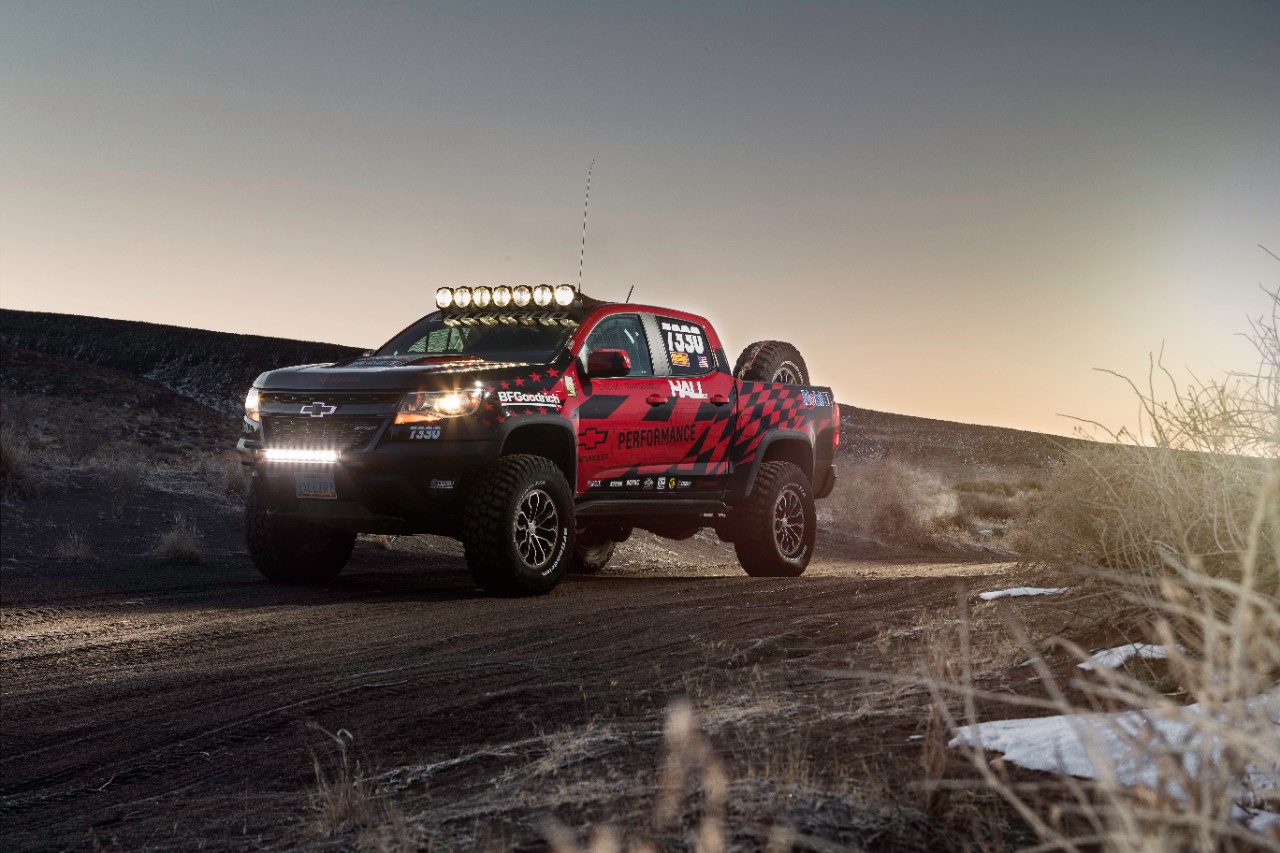 When the Chevrolet ZR2 appeared on the new S-10 in 1994, it was a model that required attention. This wasn’t just a callout four-wheel-drive model…sporting a three-inch lift, a track nearly four inches wider than the standard S-10, 31″ tires, skidplates and more, RPO ZR2 meant that your S-truck (and later, Blazer/Jimmy) was out-of-the-box ready to go conquer the trails. More recently, the reborn Chevrolet Colorado has earned the ZR2 moniker for the same overall reasons: taller suspension, wider track, and better and beefier pieces in the suspension to take the abuse. But what if that isn’t enough? Well, it doesn’t have to be. Chevrolet Performance is preparing to unleash a full line of parts for the Colorado ZR2 that have been tested in the deserts by Hall Racing for the last two years, ensuring that they will work for whatever you could possibly throw your truck at…or is that, off of? Either way, if it’s good enough for Baja, it’s good enough for you!

The parts were developed by Chevrolet Performance engineering in collaboration with Multimatic and Hall Racing. Renowned off-road driver Chad Hall competed in a Colorado ZR2 equipped with these components throughout 2017 and 2018 to develop and validate them in desert racing conditions. During that time, the team completed every mile of every race in the “Best in the Desert” series. Hall Racing also used the Colorado ZR2 to pre-run the grueling Baja 1000 race.

“Off-road racing is a brutal test of a vehicle, and especially its suspension components,” said Mark Dickens, executive director of Chevrolet Performance Variants, Parts and Accessories and Motorsports. “Over two years, Chad mercilessly pushed these ZR2 parts to the limit for the ultimate in development and validation.

“After seeing the success of the Colorado ZR2, customers have been hounding Chad for help building their own ‘Hall Racing ZR2,’” Dickens continued. “For the first time, you can buy the same Chevy Performance Parts that raced and won in the desert. All you need to add is the required safety equipment to build a pre-runner for scouting the Baja 1000 or a full-blown race truck capable of competing in the race itself.”

The production Colorado ZR2 is effectively a segment of one, combining the nimbleness and maneuverability of a midsize pickup with a host of new off-road features and the most off-road technology of any vehicle in its segment.

Compared to a standard Colorado, the ZR2 features front and rear tracks that have been widened by 3.5 inches and a suspension lifted by 2 inches. Functional rock sliders provide better performance over rocks and obstacles, and the front and rear bumpers have been modified for better off-road clearance.

While the stock ZR2 comes factory-equipped with “segment of one” capability for both low- and high-speed off-roading, these factory race parts focus on desert running while preserving low-speed off-road performance.

Some of their many benefits include an additional 1-inch suspension lift and a 1.5-inch Body Lift on top of the ZR2’s factory ride height and up to 15 percent more suspension travel for extreme high-speed off-roading.

Other components include front and rear jounce shocks to absorb large suspension inputs, using the same technology found on Trophy Trucks, and reinforced components including steel drive shafts, half shafts and tie rods.

“These parts can be purchased individually to suit each customer’s needs, or as a complete package,” said Dickens. “This gives customers the flexibility to build their truck up over time, purchase only the parts they need for their particular interest, or buy the complete set to build their own ‘Hall Racing’ ZR2.” 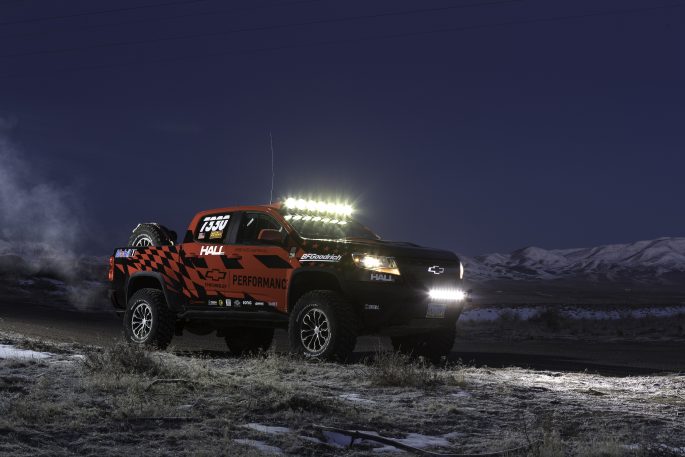 The parts* go on sale between now and early 2019 and will be available to Colorado ZR2 customers a la carte or as a complete package. For more information, visit: www.chevrolet.com/performance/colorado/off-road

BangShift Question Of The Day: What Would You Do If You Became A Caretaker Of An Old Race Car? Think NASCAR Is All About Left Turns And Fistfights? Get An Insight To Pro Roundy-Round Racing Here!