2018 Carlisle Ford Nationals Coverage: We’re Kicking It Off With Trucks and Tractors! 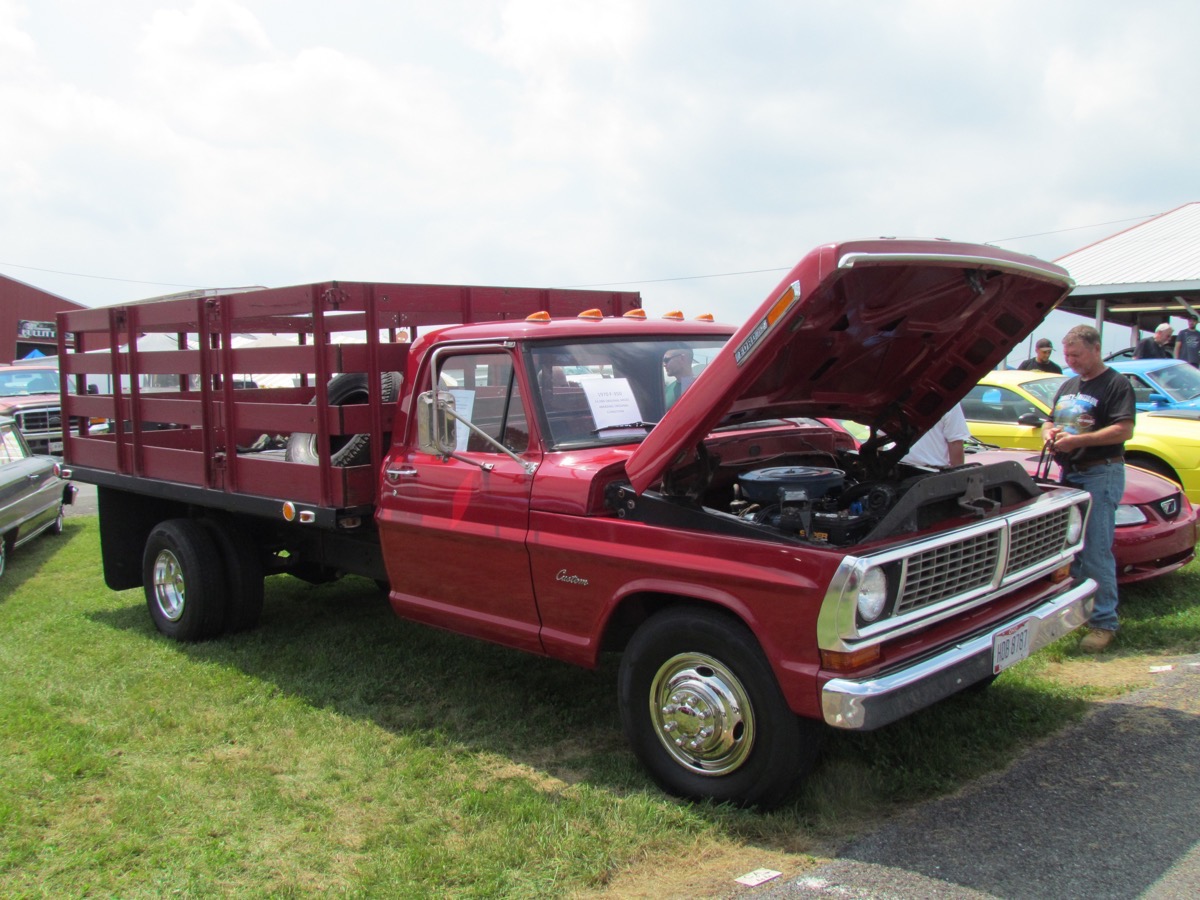 (Words and photos by Joe Grippo) – The 2018 Carlisle Ford Nationals is a celebration of all things blue oval. While the show is naturally Mustang centric, the largest selling Ford vehicle was certainly represented, the F-Series pick-up. All manner of trucks were in the house, jacked up, slammed to the ground, restored to stock and rusty survivors. Even Steve Saleen has his hand in the truck market with a killer lowered F150 sporting all kinds of cool stuff. Check some of the other neat workhorses in the gallery like the ‘70’s stake bed and the two versions of F100s, one rusty and crusty and one perfectly restored.

2018 is also the 50th anniversary of the Ford Torino. What does this have to do with trucks, you say? Rancheros! Again, stockers and cool modified versions of the car/truck were sprinkled through the fairgrounds. The big ’70’s Ranchero GT with the Keystone Klassic wheels was total greatness and the brown, hot rodded ’70-’71 example stopped me in my tracks. Great stuff.

And while we are talking about workhorses, one of the more unique displays at the Ford Nationals was the exhaustive collection of Ford and Fordson Tractors. From the early N series of the ‘30’s up to the ‘80’s New Holland examples, this gathering drove home the point of the diversity of this show. The tractor display was mere feet away from the display of the 2018 Ford GT, now that is a blue oval dichotomy!

One thought on “2018 Carlisle Ford Nationals Coverage: We’re Kicking It Off With Trucks and Tractors!”