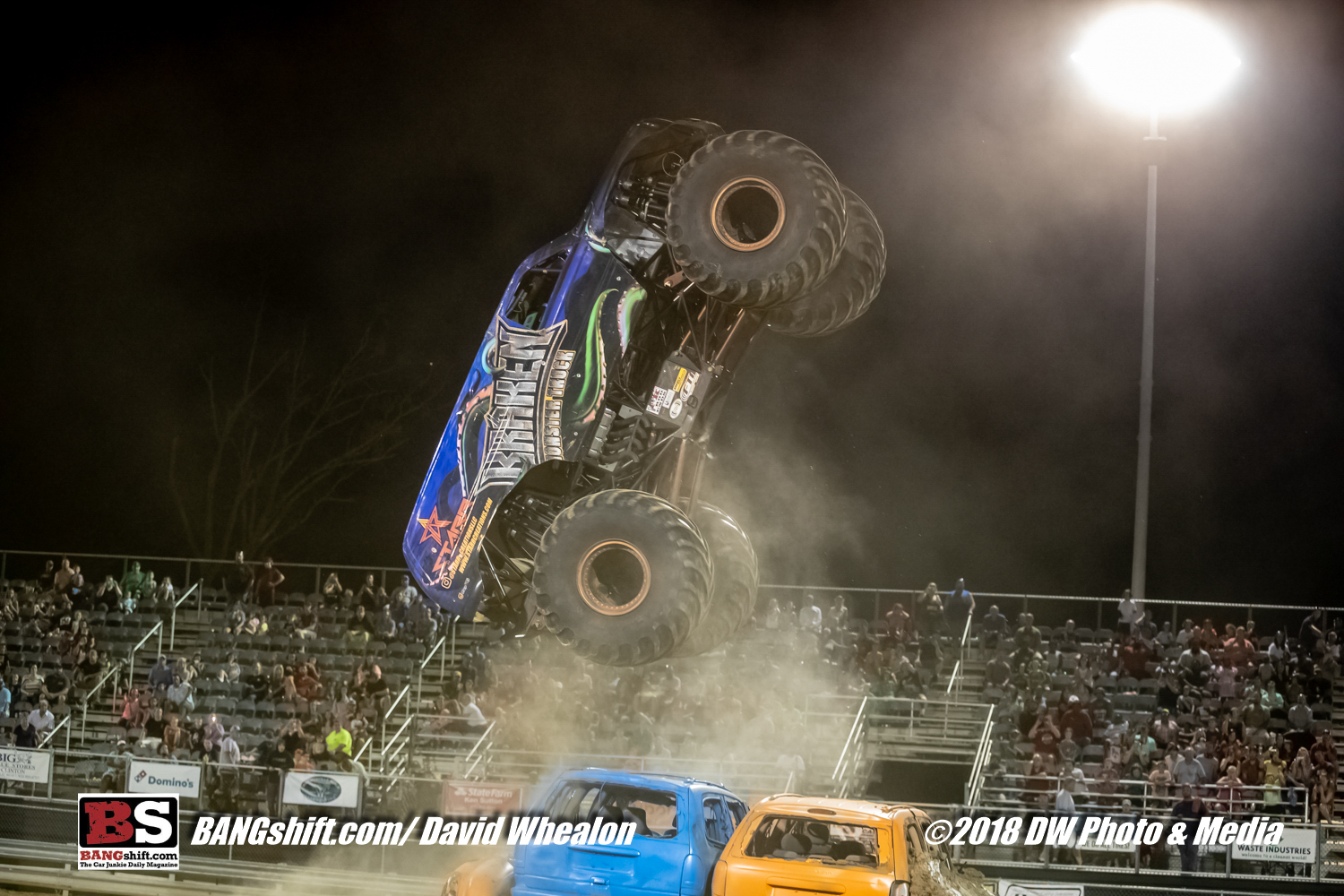 (Photos by David Whealon) – When we look at these great action photos taken by David Whealon at GALOT Motorsports Park during the 2018 Monster Truck Throwdown event we can’t but help marvel at what these rigs are capable of in the year 2018. Some things have philosophically changed in the monster truck world and that’s the smash ’em bash ’em nature of what happens to the trucks themselves. Once the realm of steel bodied, who quality, chrome shock equipped monsters, the sport is now ruled by nearly identical tube chassis with thin fiberglass shell bodies on them.

Those shell bodies have given the trucks the amazing ability to look like anything from a lobster to a 1955 Chevy but they have definitely changed the way drivers think about their equipment. Back in the day if you flipped a monster truck you stood a good chance of dying. Today if you don’t flip your truck, chances are that you won’t win the freestyle portion of the program. We’re not saying that as a negative! It is just the evolution of the activity and we’re down with it.

There are trucks flying, trucks flipping, and trucks wowing the crowd in these photos, check them all out.