Donut Media Takes On Richard Petty: Everything You Should Know About The King of NASCAR 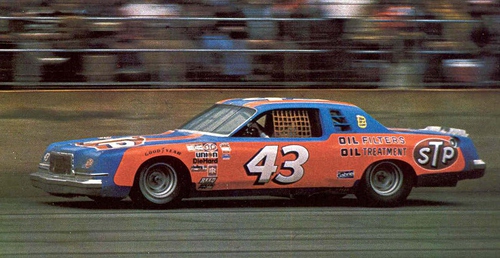 Richard Petty. Even if you can’t stomach stock-car racing, you have to tip your hat to the man who made it look damn easy for years on end. 200 races won. Seven NASCAR championships. Seven Daytona 500 wins. 127 pole positions. Over 700 Top 10 finishes out of 1,184 starts, including 513 consecutive. How many more stats do you need to know? A racer from the time he was 21 up until 1992, Petty and his cars, wearing his family trademark blue paint and later, the distinctive blue-and-red livery of STP, and of course the number 43, have become ingrained in the world of motorsports as the top-tier of American racing offerings. Petty himself is looked at as a legend in the industry, with his signature hat, shades and smile that can be spotted three miles off. But what all do you know about The King? Did you know that his first race car was a 1957 Oldsmobile drop-top that he ran in the Convertible Division in 1958? Are you familiar with his move from Dodge to Chevrolet, Oldsmobile, Buick and ultimately, Pontiac in the early 1980s? Donut Media compiled this rundown on Richard Petty, and there are plenty of facts to be learned from Pumphrey’s personalized delivery style. From his frightening 1988 barrel roll at the Daytona 500 to the legacy that driver Bubba Wallace has to live up to, there’s lots more to know about #43 than you might be aware of.

One thought on “Donut Media Takes On Richard Petty: Everything You Should Know About The King of NASCAR”