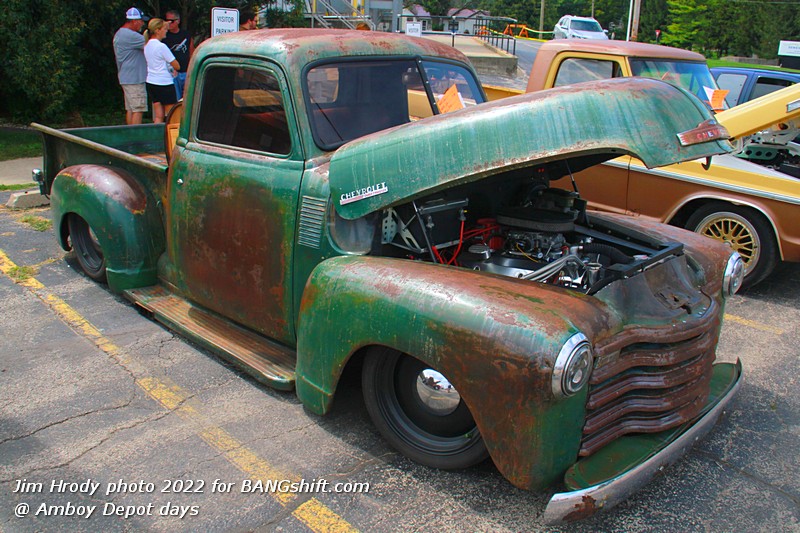 Here’s our second gallery of photos from Jim!

When Jim Hrody sent me a couple pics from the Amboy Depot Days car show I thought, man what a cool little down town show. When he told me that this show had been going on for more than 30 years and that it had a HUGE 50/50 raffle I was intrigued and super thankful for Jim’s willingness to share the photos with all of us. Check the first gallery out below, we’ve got two more coming over the next few days as well, and Jim’s been out shooting even more events too! Bit thanks again to Jim for sharing, we really do appreciate it.

(Words and Photos by Jim Hrody) Amboy, IL is about 100 miles west of Chicago. Every August the town has its ‘Depot Days’, and on the last day of this festival, a car show takes place. The ‘depot’ part of the name comes from the history of the Illinois Central Railroad once being headquartered there. I haven’t seen an official count, but by my estimation, there were around 400+ cars, trucks, and motorcycles lining the streets. The town was established in the 1850s, so there are plenty of old buildings backdropping the vehicles. One notable point is that they have a widely known 50/50 raffle, and this year the winner took home over $99,000!

WHAT IS THE BEST CYLINDER HEAD FOR MY 5.0L FORD? WHY I CHOOSE THE 185 AFR OVER THE 165 AFR HEAD. LS Fest East Photo Coverage: LS Swap The World! Check Out More Cool Rides From The Show