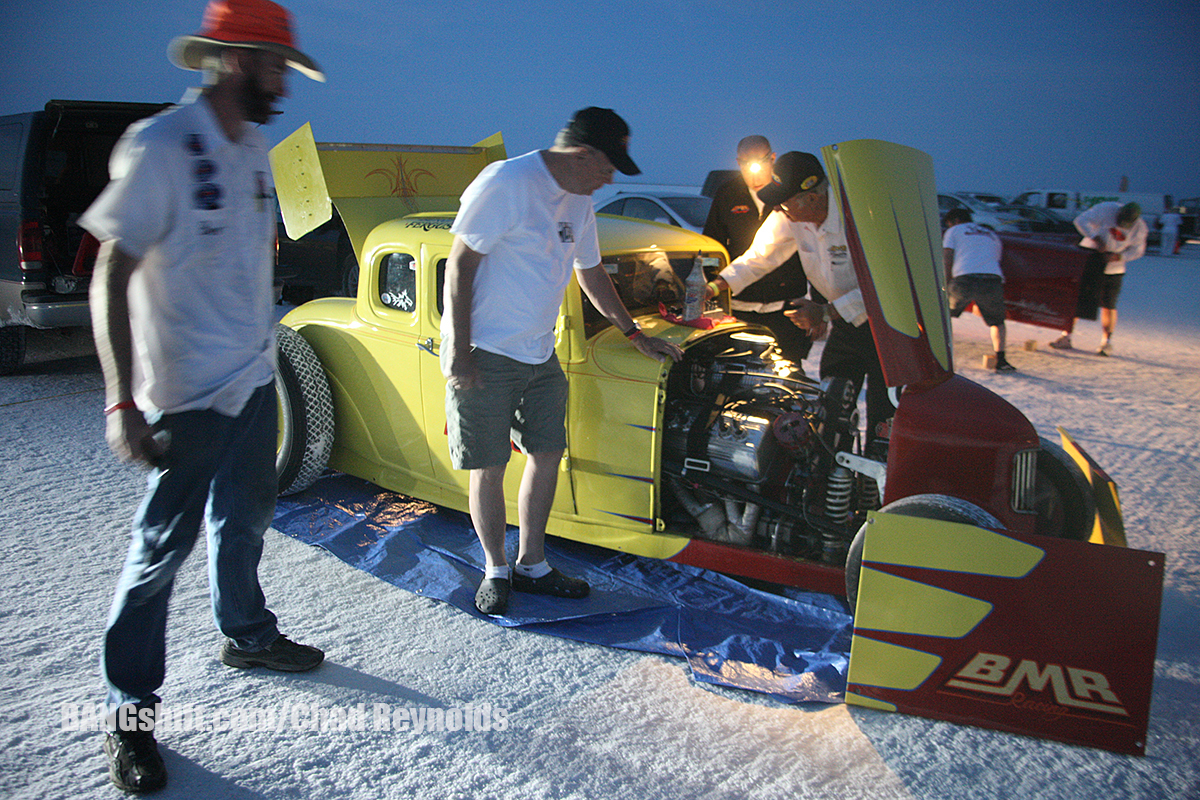 If you have been less productive at home or work since Friday, we’re really sorry. We didn’t mean for our unstoppable coverage of Bonneville Speed Week 2017 to keep you from other important things in your life, but at least you have a good excuse and since it happens just once per year you should be able to get away with it. As long as you aren’t a slacker the rest of the year that is. If you are, that’s on you and we can’t offer much help. But we can give you more photos to check out, and we’re about to share some with you!

Monday’s racing action at Bonneville was hot and heavy starting around 7:30 am, on a course that was much fresher than the day before. The weather was also cooler by at least 5 degrees, and overcast conditions stayed with us most of the day. Good for horsepower, and good for salt conditions for lots of racers. Unfortunately the confidence level bit a few racers in the but as they pushed their cars too hard and weren’t able to keep them hooked up and running at top speed. Instead several found themselves aiming the wrong way on the track after lighting up the tires and spinning out.

Such was not the case for all however, and several records went down during record return runs in the morning. Afternoon conditions were a different story, as the wind came up and the temp went down. Enough wind to cause a temporary stop of racing that turned into an early end to all racing for the day. But don’t worry, we still got tons of photos and racing will be back up hot and heavy on Tuesday morning.

CLICK ANY PHOTO BELOW TO MAKE IT BIG AND THEN USE THE LEFT AND RIGHT ARROWS TO SCROLL THROUGH ALL THE PHOTOS.

The Need For Speed Continues At Bonneville Speed Week 2017 Citizen's Band: The Internet of the 1970s