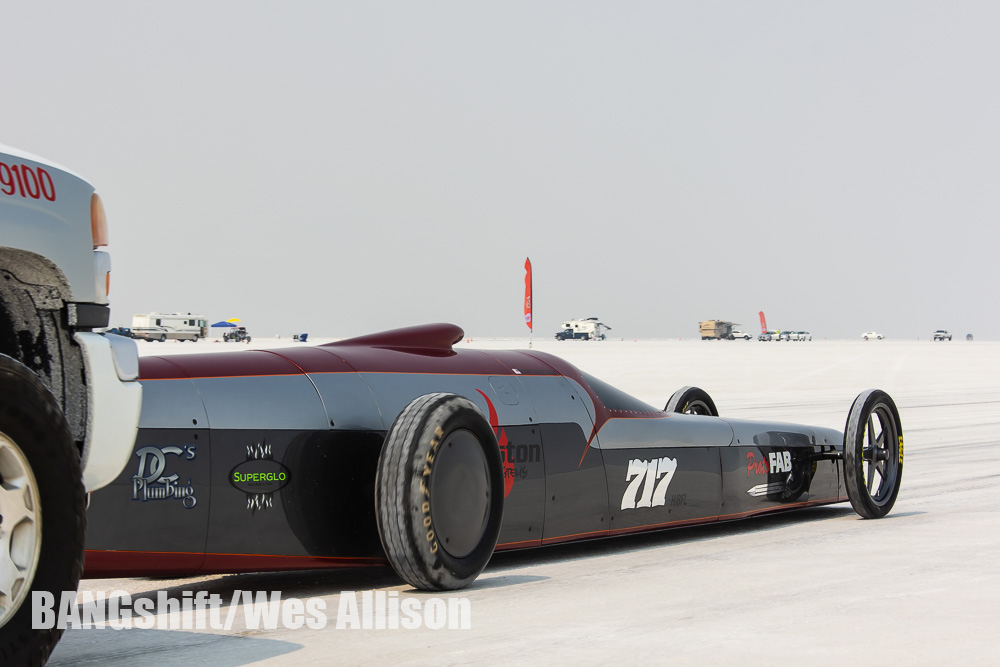 (Photos by Wes Allison) We’ve got so many photos still left to post, and promised to share them all with you, so here is the next gallery! Muscle cars, roadsters, streamliners, lakesters, and so much more, all on the salt looking to set records and put their name in the book. With so many classes, and so many different engine combos, there is more variety at Bonneville than you will find at any other event in the world. It’s huge, it’s awesome, and nobody should pass up the opportunity to be there at least once. Check out another great gallery of photos below and if you missed any of our previous photos then use the link below.

May Race Carbs Trip 12's Bracket Racing From Muncie Dragway Right Here Win This 1952 Pontiac! This Field Find Is Rad, Runs And Drives, And Is A Great Cruiser!