Danchuk Tri-Five Nationals 2018 Gallery: Fins…Fins Everywhere! On The Grass, On The Strip, On The Street! 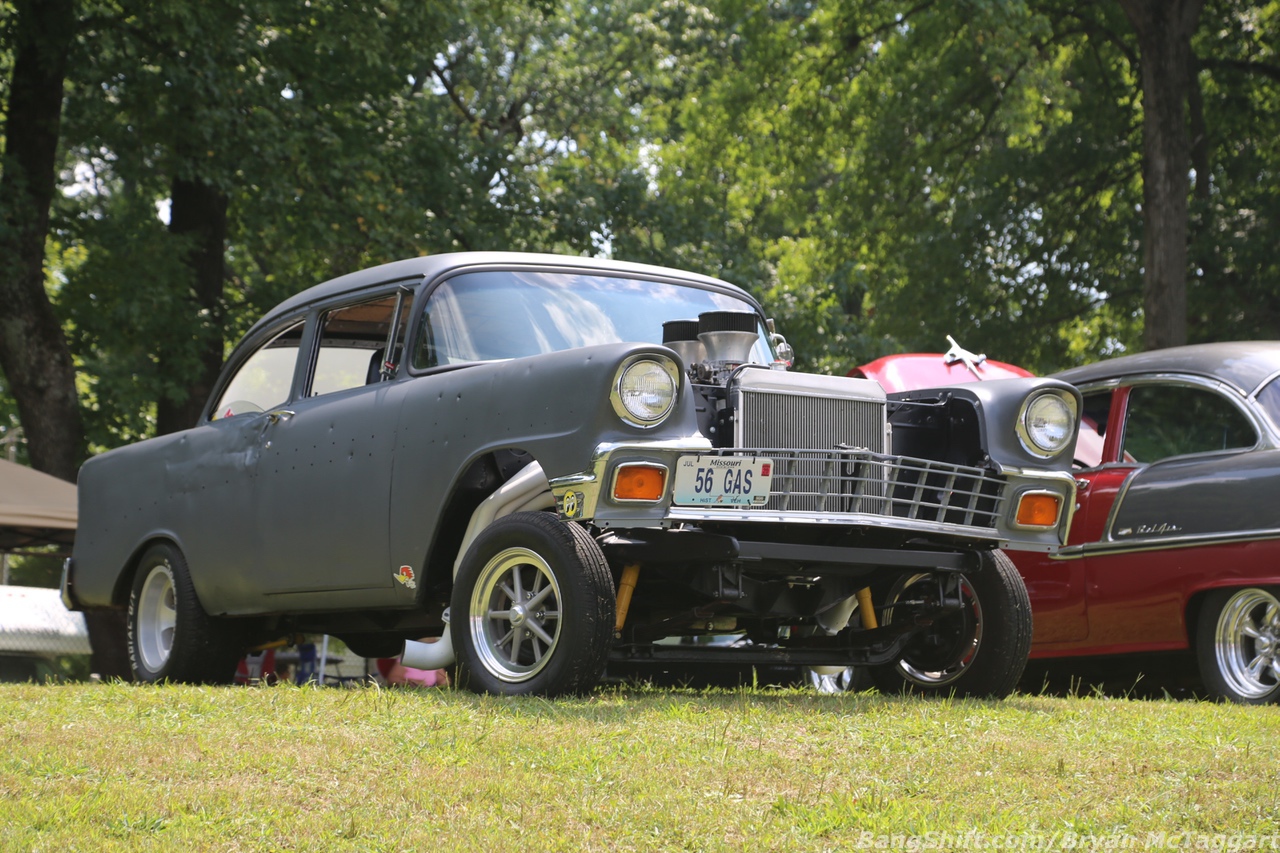 Do you have the perfect idea of what a Tri-Five era Chevrolet looks like? How about how it runs, or even what it’s supposed to be in life? Do you picture a stone-stock Bel Air, with the two-tone button interior and a 283 with fuel injection on the stock knock-off hubcaps, or do you picture a nasty gasser, with fenderwell headers and a straight axle? How many of you lusted and longed after the car that The Driver and The Mechanic suckered other racers with in Two-Lane Blacktop? Maybe you want something so far off the map that you have to do research just to explain what it is you are seeing. The Danchuk Tri-Five Nationals is your show. Let’s be up front here: three years of Chevrolets that are pretty much the same car across the board mechanically does lend itself to a bit of “same car, same style” when you get hundreds of them together at once. Yes, there were plenty of pretty restorations and wicked gassers, but look closer at what was there: a few 1950s era Chevrolet and GMC trucks, including a Cameo and a cab-over flatbed. No less than three El Moroccos were in attendance, too, out of the thirty-six ever made. And you’d need a whole day just to roam around and give each car it’s due. You’d miss super-low mile cars that still had the seat covers on, 1960s customs sporting 3×2 carb systems and parts that people pay unreal amounts of money to find anymore, and some of the most customized vehicles in the world. Row after row, fin after fin, you’d find a whole new story with each and every car. 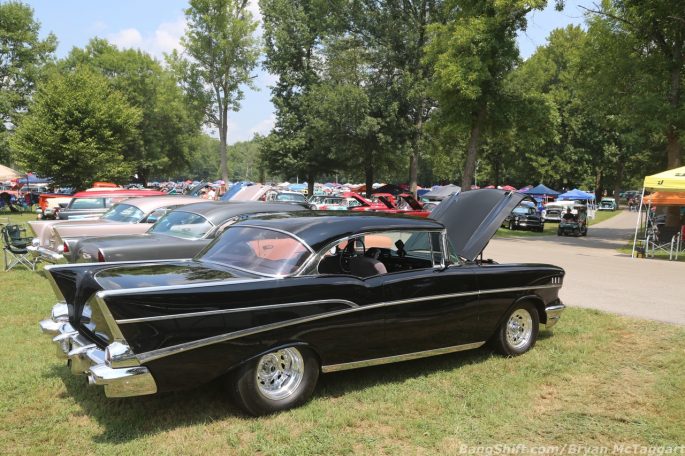 Click on a photo below to see more from the Tri-Five Nationals, and if you missed our first gallery, CLICK HERE to check it out!