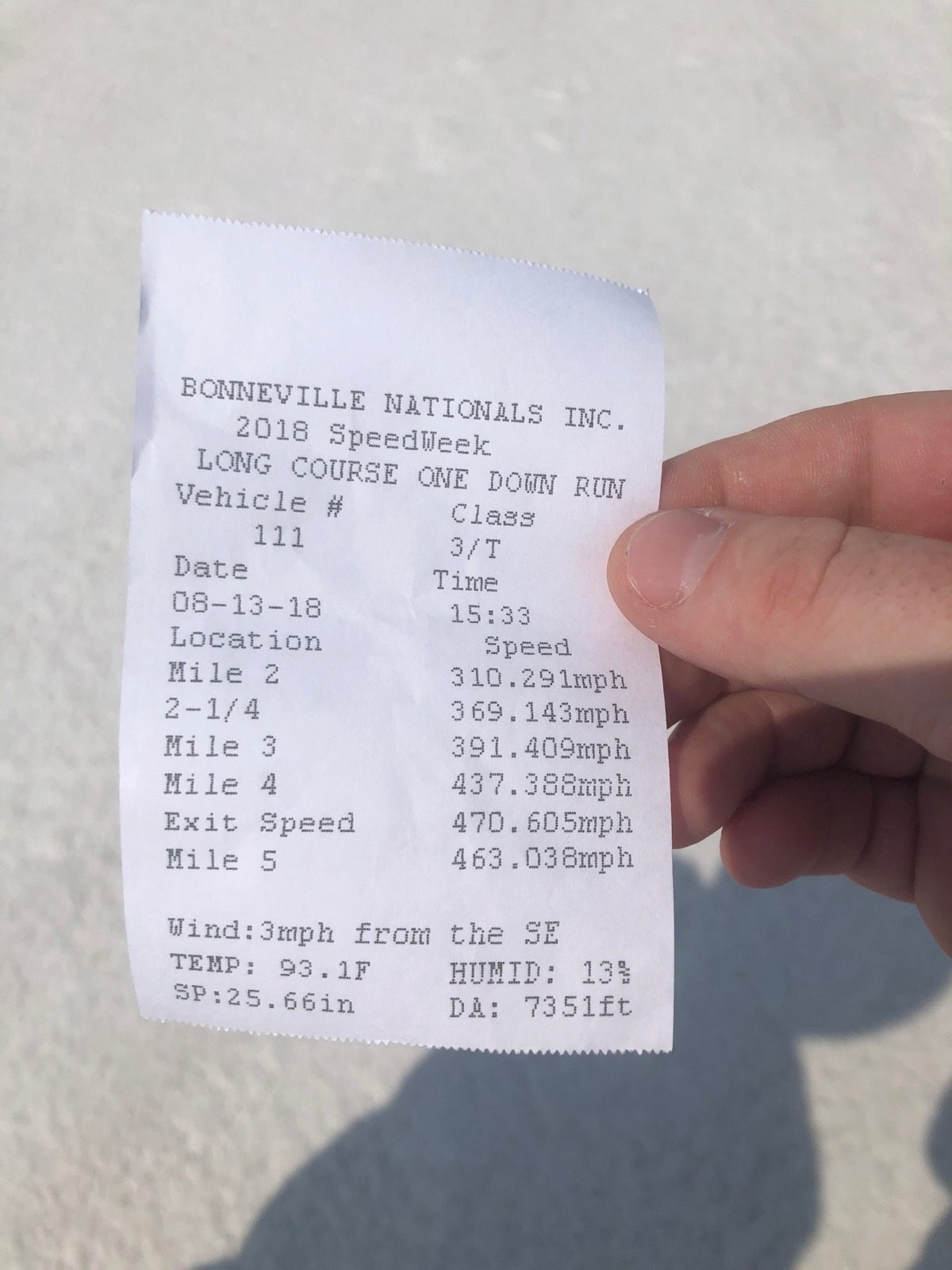 In hockey, there’s a rule about being the “third man in” when two other guys are fighting. That “third man in” rule gets you in hot water with officials and you basically get dragged off the ice by the ear. If land speed racing world had such a rule, The famed Vesco Turbinator team would have been stricken by its penalties on Monday at the Bonneville Salt Flats. After Danny Thompson made his dramatic 450mph rip on Sunday, the famed Speed Demon team, which had been struggling, zoomed to a 452mph speed and took back the Hot Rod Magazine Top Time trophy which they consider rightfully theirs as they have held it for about a decade straight. Several hours after that, with the Speed Demon tucked safely in impound the Turbinator took to the starting line and wooshed its way to a stunning 470mph speed, placing them atop the contestants at SCTA Bonneville Speed Week in 2018 with a couple days of competition left to go. Tuesday morning may prove to be historic in more ways than one.

SCTA officials made the decision on Monday afternoon to “move” the main course over a lane, which means that tomorrow’s record qualifiers will be running on absolutely pristine, hard, untouched salt for their attempts. Among that small group which will hammer the salt will be the Speed Demon and the Turbinator. The only bonding factor these cars have is that Hot Rod Magazine Top Time trophy which has been an incredibly long lasting part of this event and as mentioned above, it has all but grown roots at Speed Demon headquarters.

There are those who will contest that fact that the Turbinator does not have a piston engine but instead a turbine driving the wheels. We do not have a dog in that fight, we only know that these cars are creeping toward the moment that people have barely dreamed possible and that is a 500mph wheel driven run on the salt flats. Will it happen tomorrow? Probably not will it happen someday? These guys are proving run by run that was once thought a physical impossibility may just be a matter of time.

As the sun rises over Bonneville on Tuesday we’ll be there watching two runs that could prove to be the most stout in the history of Speed Week. Haven’t we already said that this week? Yes. Yes we have. 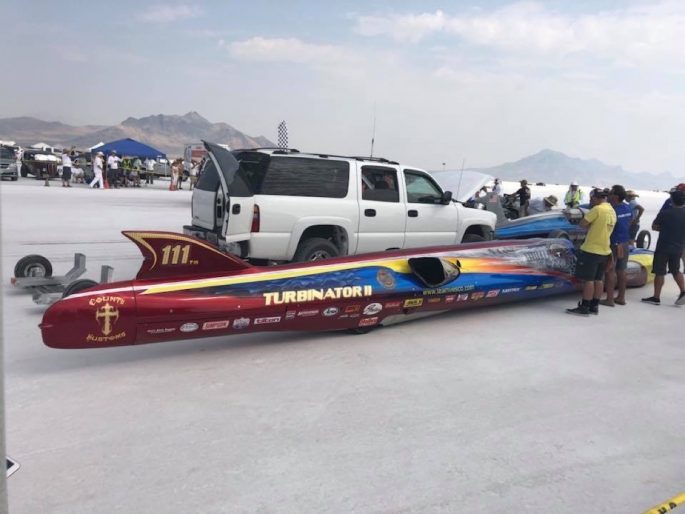 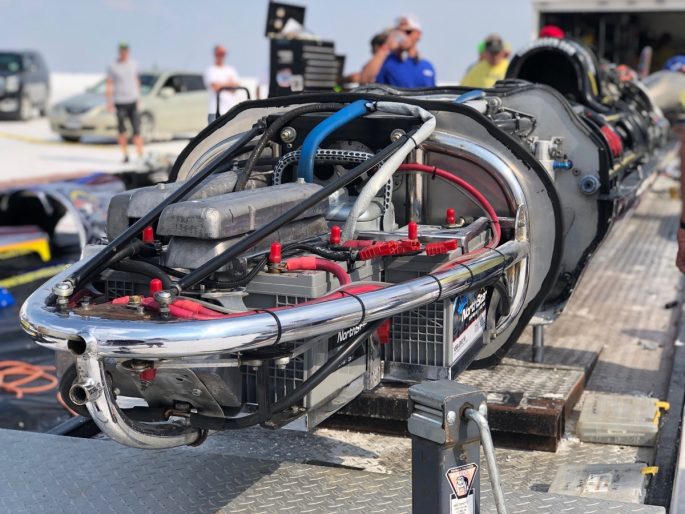 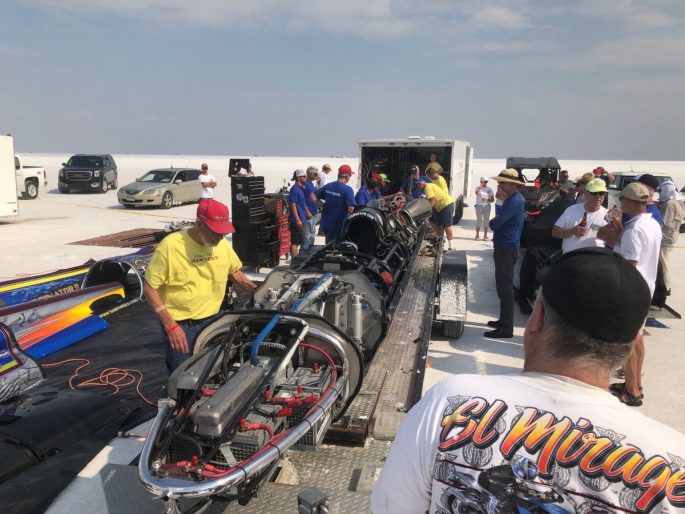 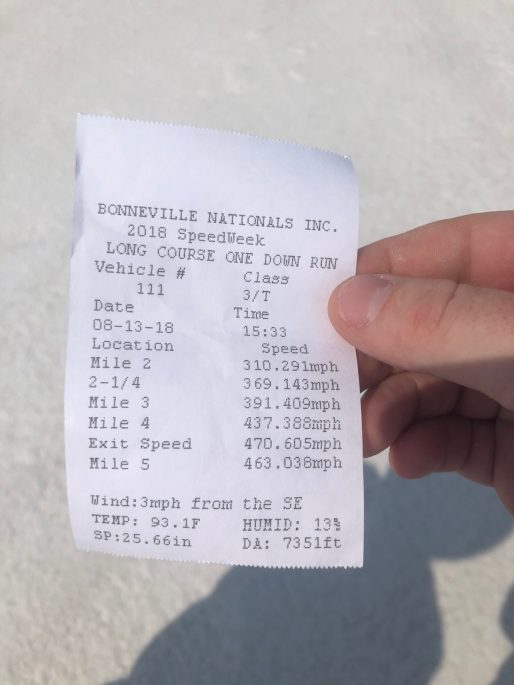 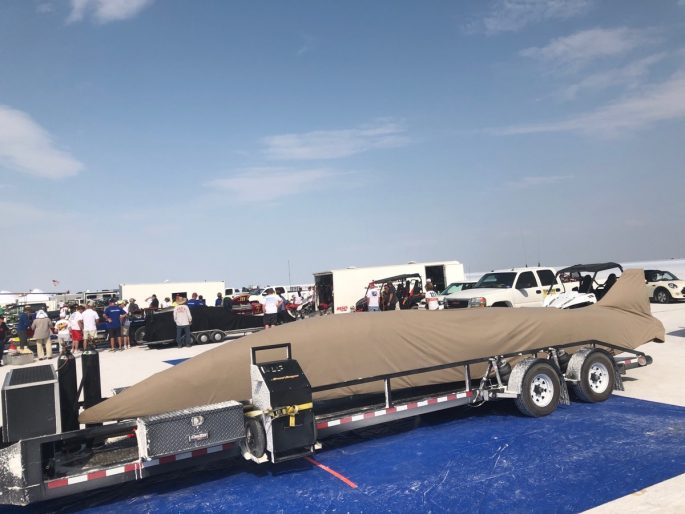 Danchuk Tri-Five Nationals 2018 Gallery: Fins...Fins Everywhere! On The Grass, On The Strip, On The Street! Morning Symphony: Nurburgring Oldtimer Grand Prix - Where Old Race Cars Come Out To Raise Hell!