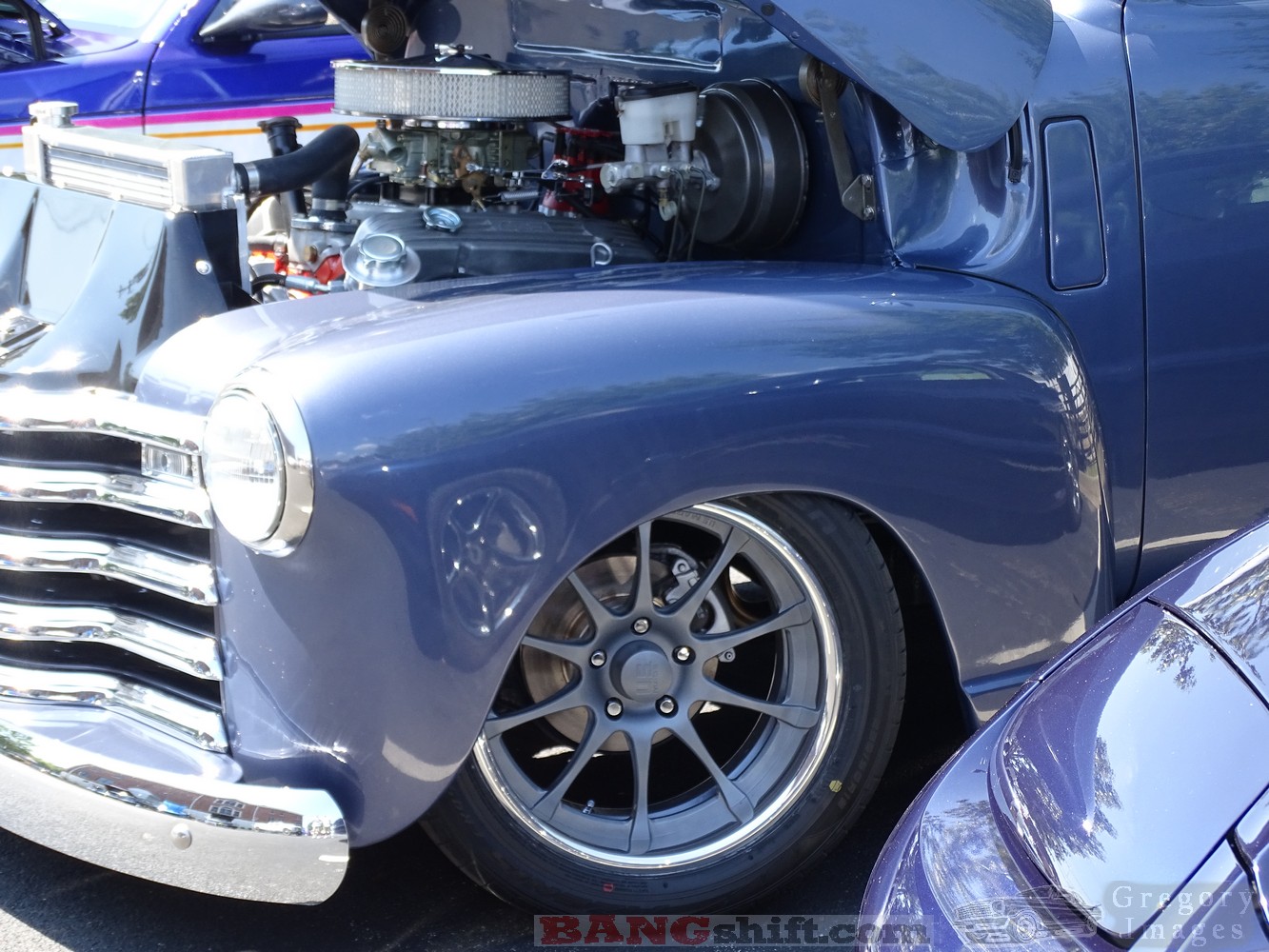 (Words and photos by Doug Gregory) – The 2016 Cynthiana Rod Run drew nearly as many cars as it did in 2015 and that’s a pretty good feat when you consider two things…  One the heat wave we were having kept a lot of folks away.  Two, the area’s largest employer was running production through the weekend so folks who would normally bring their rides out, couldn’t.  Still it was a great turnout.  We ran around chasing the sun and shadows trying to get good shots.  We missed plenty of cars that we’d decided we couldn’t get a photo of and would return later only to find they’d left when we returned.  It happens and we roll with it.

The lead off photo is of the recently-finished Walking Dead mural.  We’ve told you all about the ties the popular show has with this community in Central Kentucky.  It was a blank canvas and I’d say the artist did a pretty fair job.  It’s all done with rattle cans too.  A few cars to mention in this one:

The Red Mercury sled.  It had more customizations than I could count.  Really clean piece.

The Ford COE had great stance and was not over-done like many that I’ve seen lately.  Great hauler.