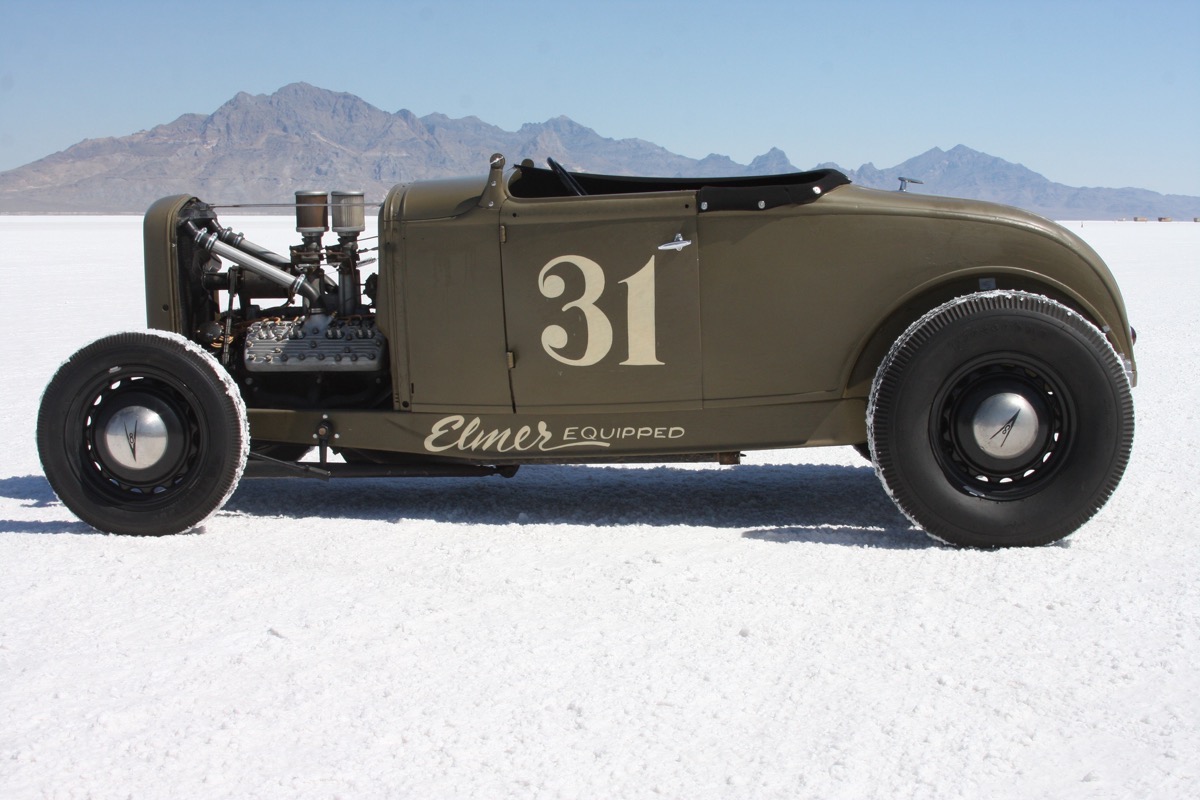 We’re headed to the salt this week! Because of that we’re getting YOU pumped up with some cool photos and stories from our 2016 adventure there.

If there is a genre of car that tends to define Speed Week outside of the race cars that populate the pits it is traditional hot rods. These are the cars that hark back to the days in the late 1940s when the likes of Wally Parks, Art Chrisman, Tony Watters, and other legends of the California hot rod culture came to Bonneville to run as hard and as fast as they could. It was simpler back then. You either had a hot rod or you did not. Over the decades we have stratified the hot rodding world. We have added sections, sub sections, genres, looks, trends, fads, and a massive industry to support it all. There are rat rods, street freaks, street rods, gassers, hot rods, traditional hot rods, and muscle cars. Back then? In those days they were one thing, hot rods. They were also socially unacceptable and the salt provided a haven from the law and city fathers who wanted to stop this hobby dead in its tracks.

Because the world has gotten more complicated, it is always refreshing to look at those cars on the salt that appear (to us, anyway) to represent the earliest days of the hot rodders life on the salt. These cars may be built to a higher standard than the cars of 1948. These cars may have nicer paint, cleaner welds, and some stuff hidden in them that the guys 68 years ago would have killed for but they are keeping that flame alight. You are not going to see cars here that are blazing fast. Quite the opposite. Many of these cars would get smashed by your mom’s van from a stoplight but that matters not. We look at these cars and drool. We call them traditional hot rods, you can call them whatever you want!

Click on the images below and then scroll with your arrow keys to see ’em all!