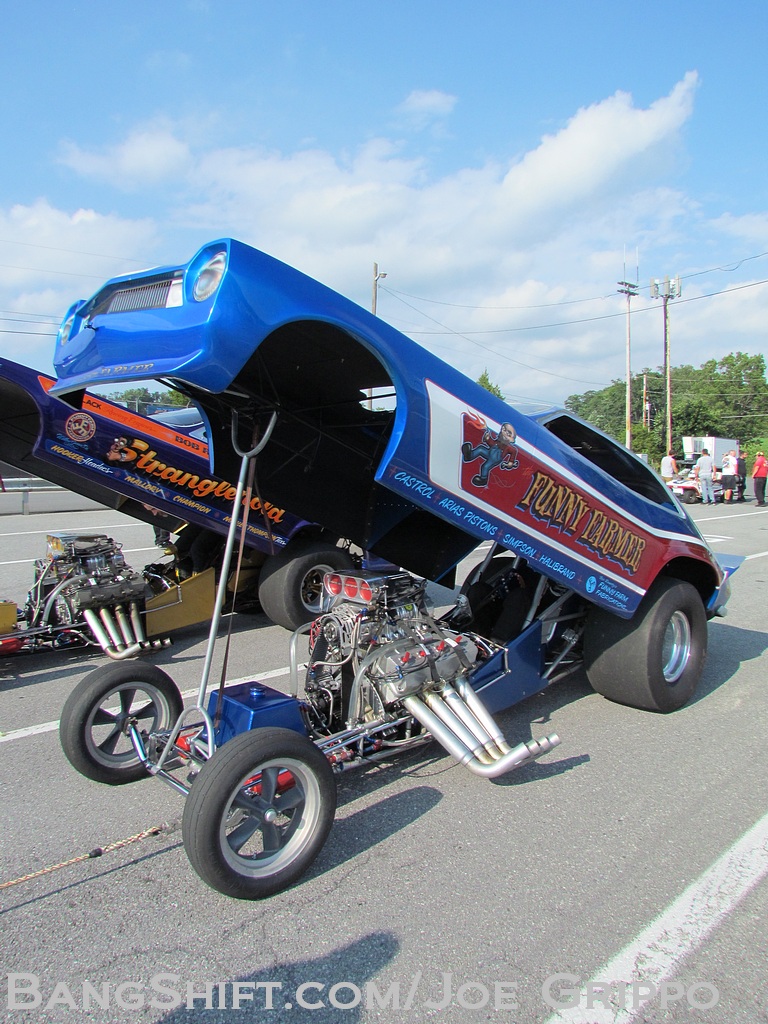 (Photos by Joe Grippo) – If there’s hardcore drag racing action at Maple Grove, you know Grippo is going to be all over it like butter on bacon. So when Joe told us that he was racing his car at the event, his wife was showing her car there, and he was helping on others, we didn’t expect that he’s have time to do so much as look at a camera. We were wrong! Grippo sent us more than 200 great photos from the meet and we’re going to share them in two galleries. This first gallery shows some of the awesome car show participants, a bunch of the killer nostalgia funny cars that gathered from across the land to compete, and a general smattering of awesome from the 2013 Geezers meet.

Our local heroes with “The Hard Guys” funny car were there and they wanted to make some noise to show the rest of the guys that New Englanders can do this nitro deal as well. Running down into the 5.80s, they qualified third and had a successful weekend with Mike Smith at the tiller. It was to be Mike’s brother John though that walked away with the honors, winning funny car in the awesome Jungle Jim Vega.

It was a great weekend had by all and this is only half of the photos we’ll show you from the event. Cruise through these today and we’ll be back with more goodness from El Guapo Grippo tomorrow! 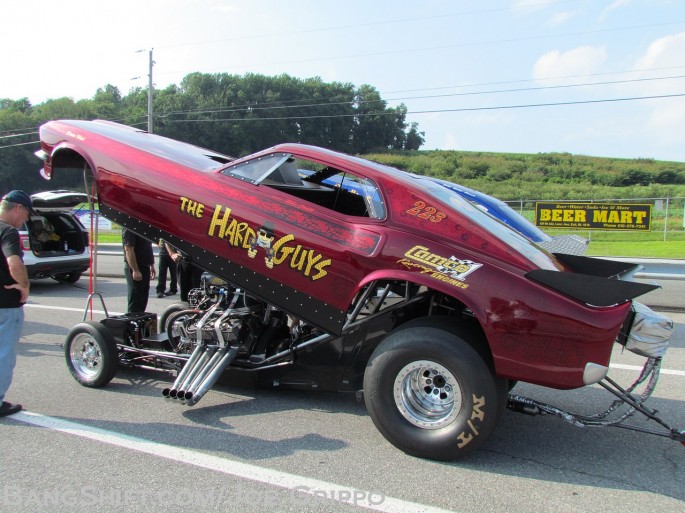 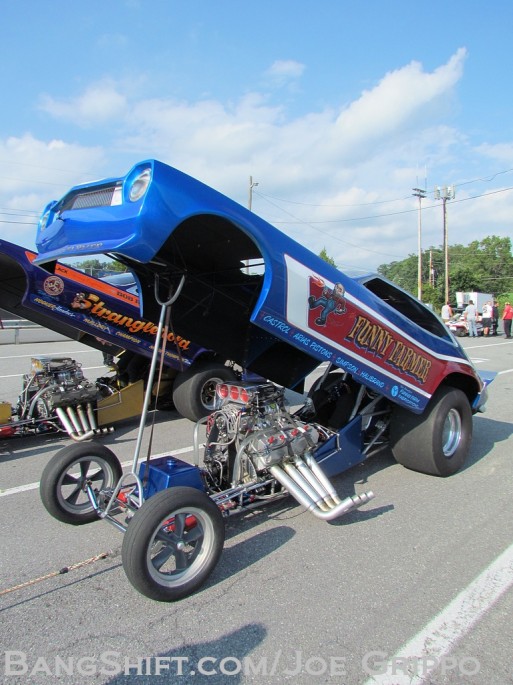 eBay Find: A Funny Car You Can Drive On The Street! And It Has Real History Be There! Impala SS Club Of America Meet Comes To Charlotte This Week - Show, Drags, Road Course Action and More!