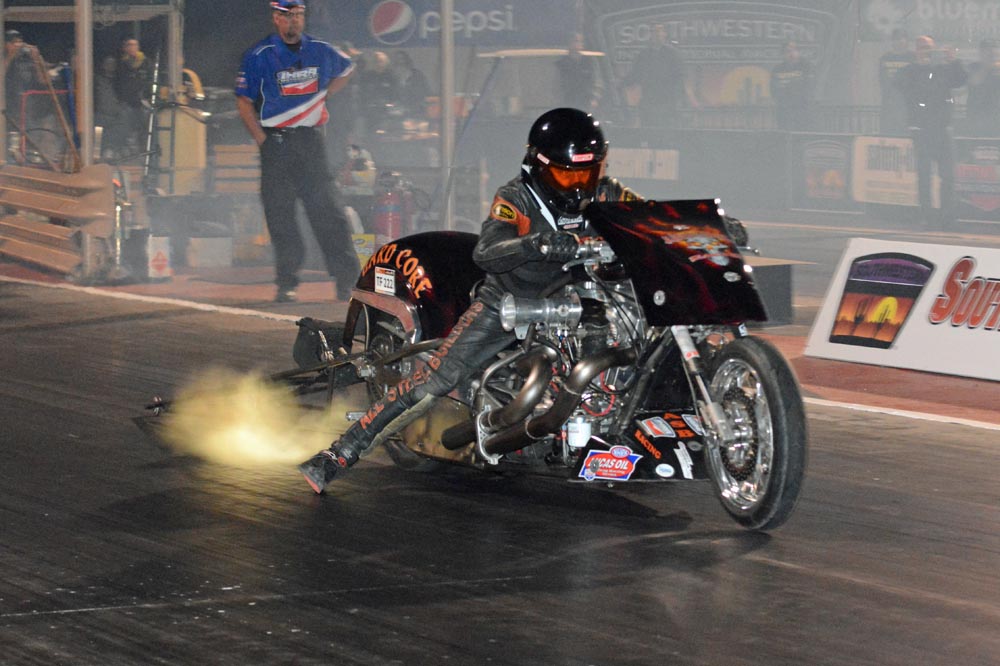 (Photos by Darr Hawthrone and Bob Snyder) – Like we told you in the race report which appears just below this item on the front page, the IHRA Nitro Jam’s new format was a big hit in Tucson, Arizona last weekend. The place was reportedly full to the gills on Friday and Saturday night, the racing was great, the crowd was given a show full of nitromethane, big inch gasoline burning engines, and an actual eliminator class for jet cars where the idea is the get to the finish line first rather than put on the best smoke and fire show. Scott Gardner is the IHRA’s leader and the man behind this change of gears with regard to the format in 2014 and if early indications hold up, the nostalgia funny car program may be one of his first masterstrokes as the man steering IHRA. The cars and the drivers are ripe to me made stars and they’re off to a great start.

This gallery tells a neat story because it starts during pre-race testing and follows right through Friday qualifying and Saturday eliminations. You’ll see photos from the pits which are telling because there are people everywhere, an autograph session that was super busy, and lots of smiles all around. The IHRA program (in our mind, anyway) is neat because it is wide ranging enough to rope in the regular gearhead fan as well as the heavy duty drag racing fan. The average guy on the street will be entertained by funny cars, huge engined pro stocks, fuel altereds, nitro Harleys, jets, and sportsman stuff. The hardcore drag racing fan will be glued to his seat for that stuff as well.

We’ve always said that MORE drag racing is way better than less drag racing for the sport. A healthy IHRA is important and we’re glad to see the series get off to a healthy start in Arizona. The IHRA tour heads to San Antonio this weekend.

CLICK ON THE GALLERY BELOW TO SEE OUR RACE GALLERY FROM THE TUCSON NITRO JAM! 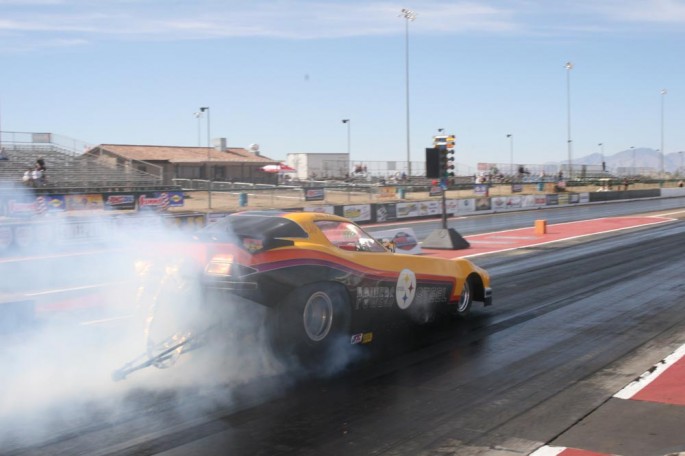 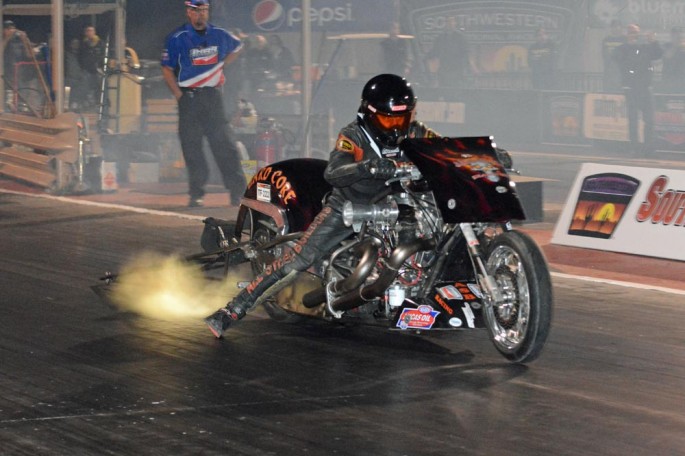 Take A Video Shop Tour Of American Powertrain and Learn All About Their Business And The Tech Behind The Transmission You Need For Your Car BangShift Race Report: Revitalized IHRA Nitro Jam Roars To Life In Tucson, Arizona - Results, Photos, Inside Scoop HERE!