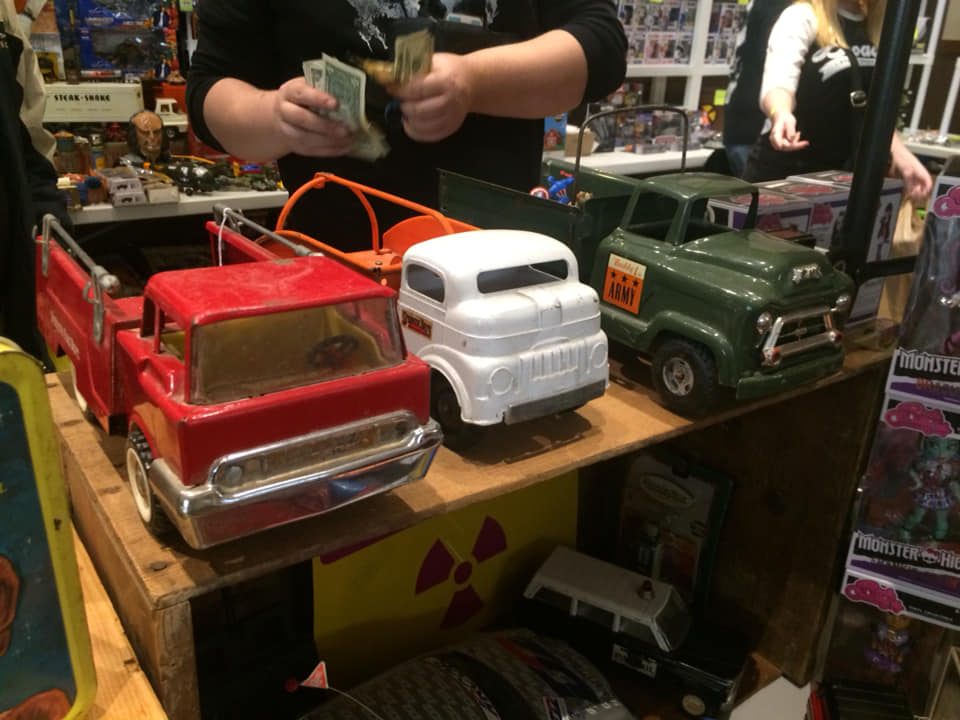 Remember the joy of opening up wrapped boxes on Christmas morning, hoping that you’d get some kind of car toy? Remember any you got over the years? I can think of some, can barely remember others, but I cannot forget the excitement I experienced each and every time the present had a cool toy car inside the box. I’ve had tons of toy cars over the years, from Micro Machines to all-metal Tonka trucks, and most have gone by the wayside as I’ve gotten older. One Tonka truck remains, as does the very first Hot Wheel I ever got, and a few years back I bought one of my favorites, a Tootsietoy Mustang, off of eBay about five years ago. What isn’t there to love about a bunch of old toy cars with the holiday season getting close?

Yesterday I linked up with my friends Clay and Jeremy and went to the ToyMan Show in St. Louis. Being up-front…this was their decision, not mine. In fact, when Jeremy invited me to attend, the opening line was, “Look, I know this isn’t normally up your alley, but…” And, for the most part, he was right. The ToyMan show is a cross between a convention and a monster swap meet. For the most part, it’s stuff that they are into. Clay bought every old gaming console he ever sold and games to play, Jeremy got a bunch of stuff signed by the celebrities that were there, and they were happy. As for me, I decided to check out the floor for anything car related. Hot Wheels are cars and are toys…should be a cinch, right?

Holy hell, did I underestimate what I was going to get. The only disappointment to me was that there weren’t a lot of model car kits to choose from. But getting past that brought out a treasure trove. A toy truck from the early 1930s made of iron that weighted a ton. Class of 1967 Hot Wheels, redline tires and all, in conditions from “used” to “DON’T TOUCH BEFORE PAYING”. Tonka trucks. Buddy L trucks. And I very nearly bought the movie poster for Vanishing Point. 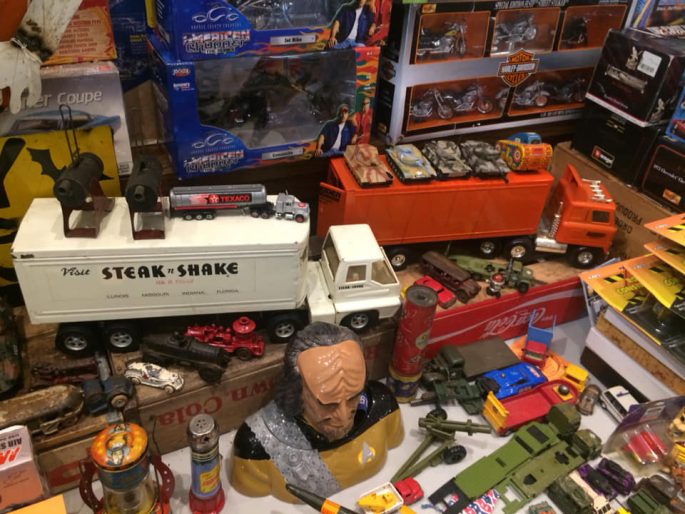 I didn’t buy the poster in the name of not spending money but of course, I had to get a couple items for myself. There was plenty to like on hand, but in the end I kept my promise of only spending some small pocket change and for the princely sum of eight dollars, brought home two Hot Wheels that I’ve never owned before that seemed fitting: the 1980 Mustang and 1980 Dodge Mirada Stocker. 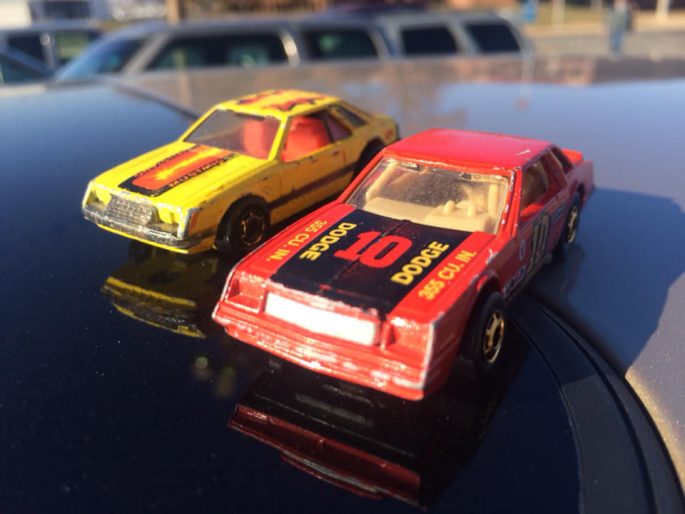 Click on a photo below to check out more vintage toy goodness below!