Gates Salvage Yard Tour: These Rusting Hulks Of Americana Sure Capture The Imagination 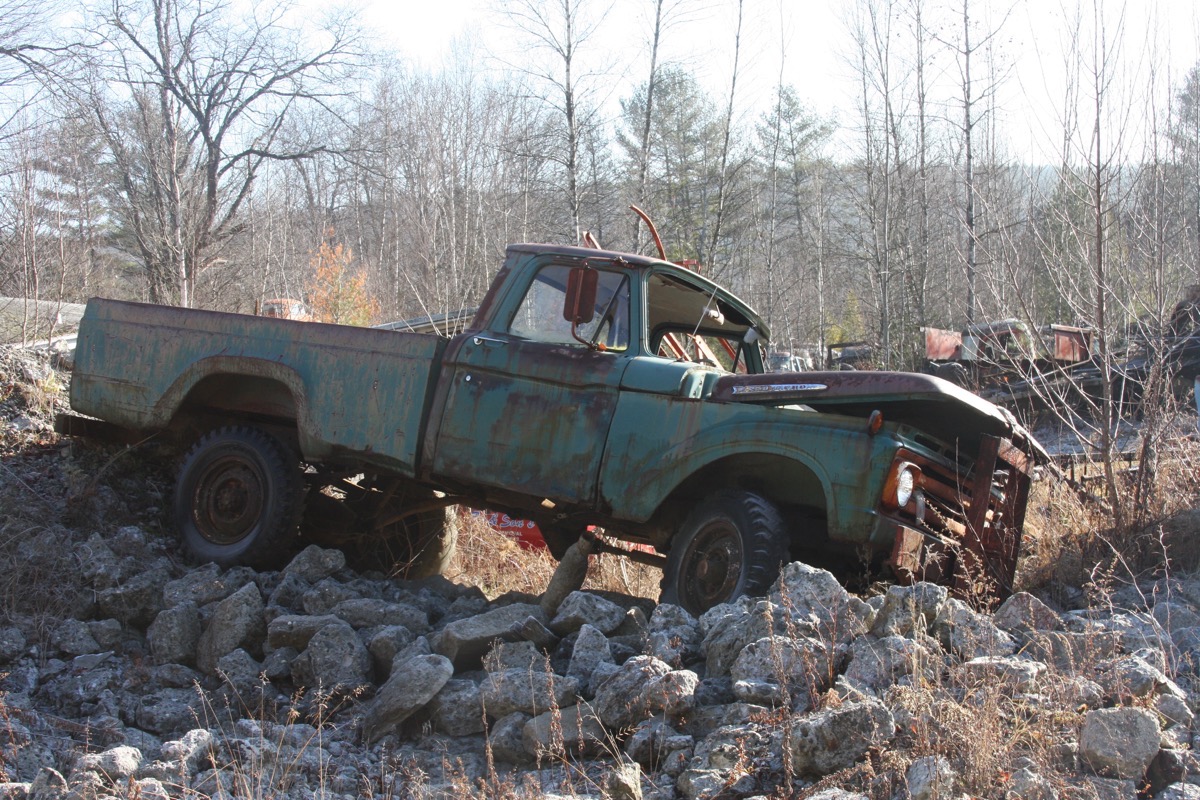 As you read this, I’m actually going to be traveling with my family for a few days. I mention this because we’ll be on the road with a million other blob shaped personality-fee cars buzzing down the highway with more speed, economy, and comfort than cars at any point in the past ever had. Gates Salvage in Hardwick, Vermont isn’t filled with those cars. Instead this place is chock full of big old cars from the golden age of Detroit and in many ways the golden age of American motoring. While these pieces of history have long passed their prime, they tell really cool stories, even in their current state.

We’re not going to blabber along. We’re just going to tell you to read the sign before you go in!

Professor Pobst Is Back With Another Racing Lesson: The Science Behind The Racing Line Battle Of The Titans: 3100 Horsepower Square Off As A Supra Races A Twin-Turbo Chevrolet!

2 thoughts on “Gates Salvage Yard Tour: These Rusting Hulks Of Americana Sure Capture The Imagination”