Best of 2018: The First Gallery From Gravelrama 48 and Elimination Hill! Five Stories Of Sandy Gravel To Fight! 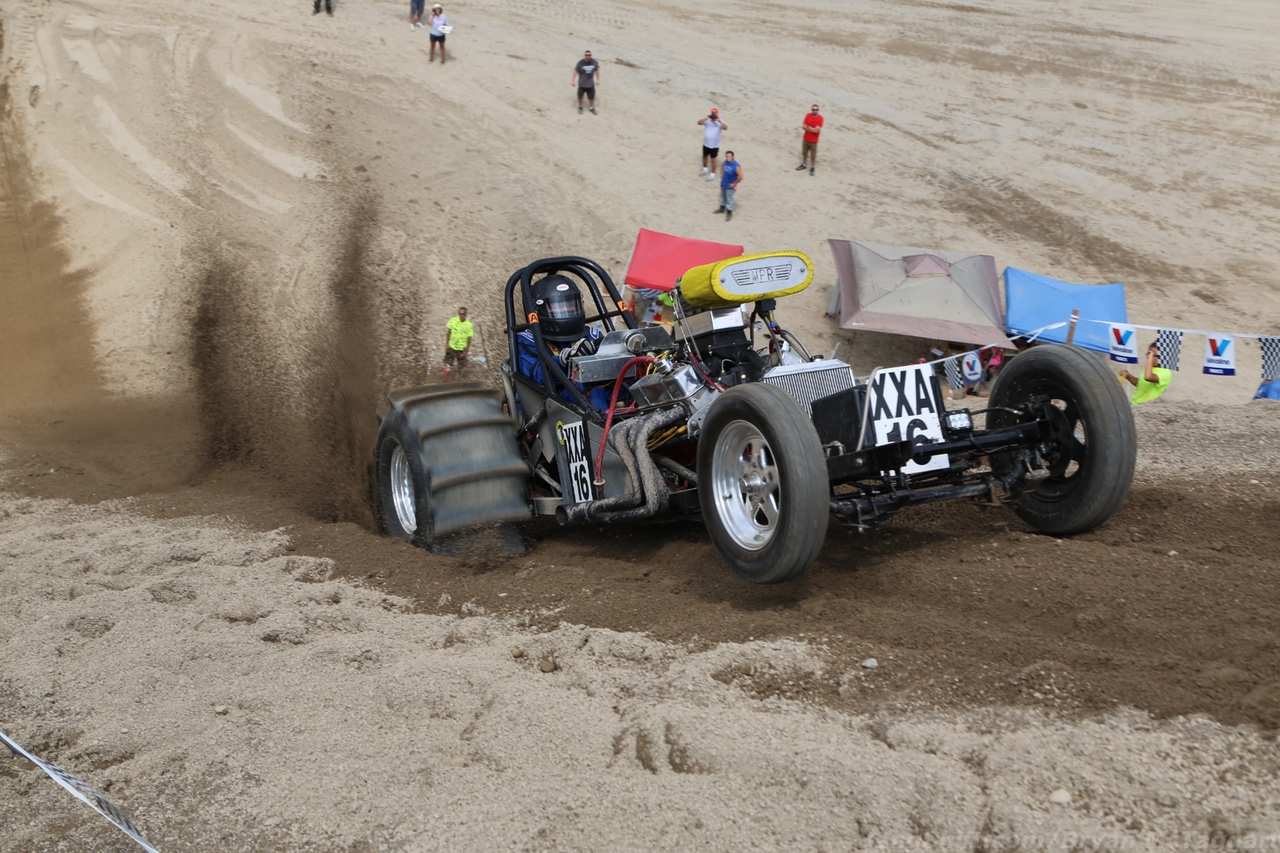 In 1993, I first picked up a copy of 4Wheel and Off Road magazine. My stepdad was deep into four-wheel-drives at this point in time and I had never been around someone that was. I liked lifted trucks well enough, but there was a spread on an event in Ohio that caught my eye. The gist of the story that I got was that each summer, a bunch of wild ones gathered at a massive hill made up of gravel and sand that had a near-impossible slope to it to see who could make it to the top first. The photos of massive roostertails of churned-up earth flying from the tires cemented themselves into memory. Gravelrama 48…I had to go there to see this for myself. 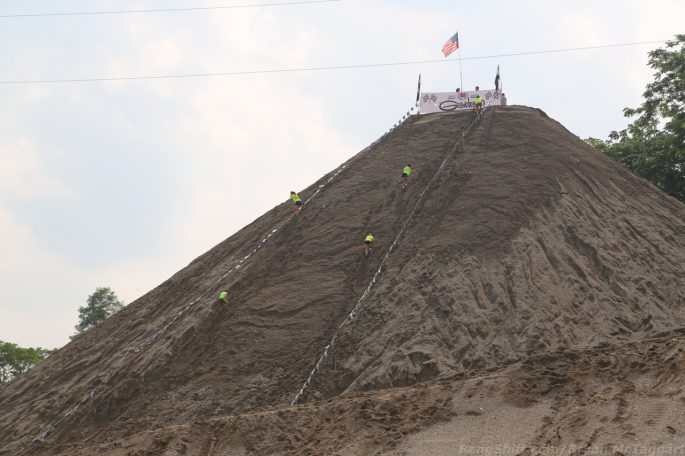 It might have taken years longer than I expected, but I have managed to find myself on top of the five-story monument known as Elimination Hill. The photo isn’t going to explain the true scope of what you’re seeing, so allow me to elaborate: the composite of gravel and sand equals a gigantic ramp that is sporting an incline of about 75 degrees. The only way you’re walking up the face of the racing surface is by digging in on your hands and feet and scrambling in the loose mixture. The packed return road at the top wasn’t much better, and as for photography? Yeah…come down maybe five feet from the top, stand next to the course, and try to dig yourself a little ledge to stand on that’ll support your weight. I make no mistruth, Gravelrama is both the most exciting and probably the most dangerous thing I’ve ever shot photos of, and I loved every second. Except for when I was having to go up and down the hill…eff that. I might not be in military shape anymore, but between the heat, the sun and the workout of sludging up a gigantic sand castle, I was whooped by the time I packed up.

Everything you need to know about how Gravelrama goes down in the first few runs. There are two different styles of attack: the first is the racer starts at the bottom and goes for broke until they get to the top. The other has the racer come up about a quarter of the way, back down to where the starter is indicating, and starts already on an incline. The first classes are the big boys, the Experimentals, or the “X-” classes. Four wheel drive, packing some monster power, equipped with paddle tires and a driver that will do whatever is necessary to get to the top, these are the wild classes, the loud classes, and…the classes where if things go wrong, they really go wrong. 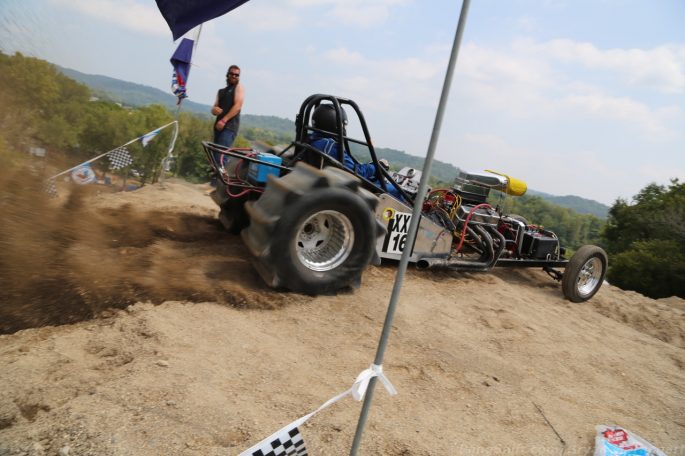 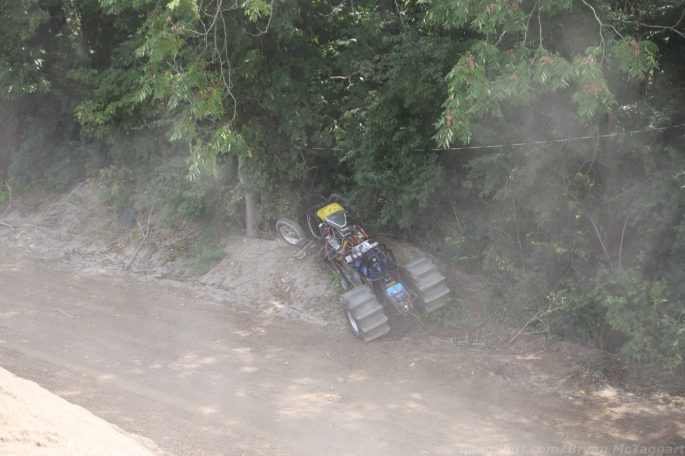 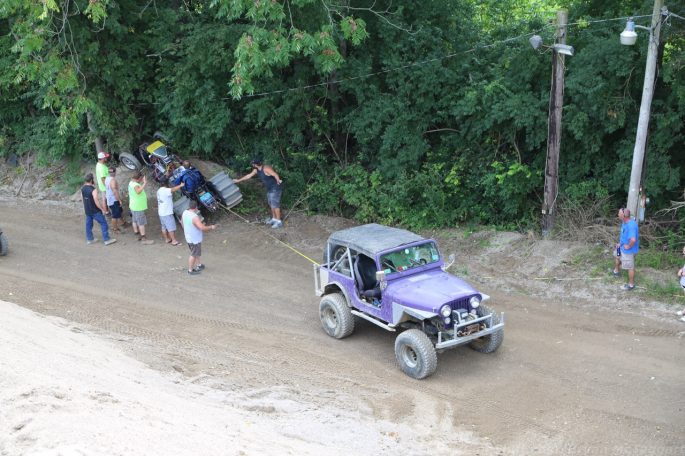 Here’s what “really wrong” looks like: Allen Warner and his XXA machine came screaming up the hill like it was nothing. But either he missed the memo or wasn’t expecting a slight left turn just after cresting the hill, because he went straight up and over. I caught him on the fly-by, and saw the whole machine disappear out of sight…then I saw a mimosa tree shake with the unmistakable “thump” of a hard impact. Total damage? A few leaves got knocked loose and Warner had to have his machine dragged off of a small hill by one of the staff. I didn’t ask about any firesuit damage of any kind, but given his trip down, it could’ve been worse. Overall, though, this was a riot and even if I had only stayed ten minutes, it would’ve been time well spent. But I didn’t just stay ten minutes, and there are plenty more Elimination Hill photos to come! 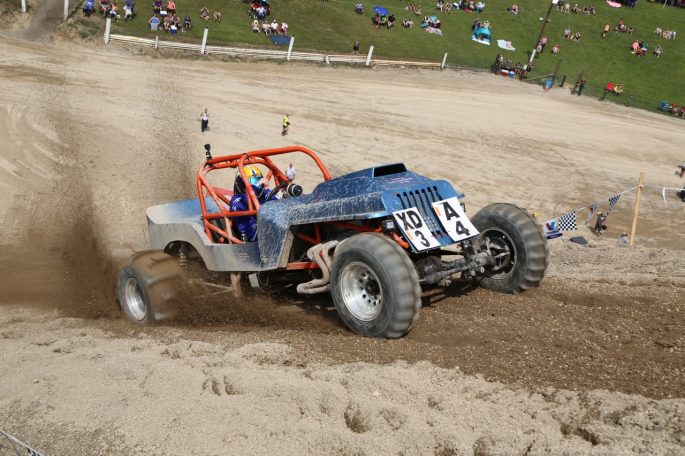 Click on a photo below to see more Gravelrama action, and if you missed the Junior classes sand drags, CLICK HERE!

Best of 2018: Watch This Caterpillar Challenger Tractor Twist The PTO Dyno HARD - Grunt Force Best of 2018: This Fantastic Tribute To Dan Gurney Tells His Story With Amazing Footage And The Man's Own Words

One thought on “Best of 2018: The First Gallery From Gravelrama 48 and Elimination Hill! Five Stories Of Sandy Gravel To Fight!”