Gravelrama 49: Elimination Hill – Eyes To The Sky And Foot To The Floor! 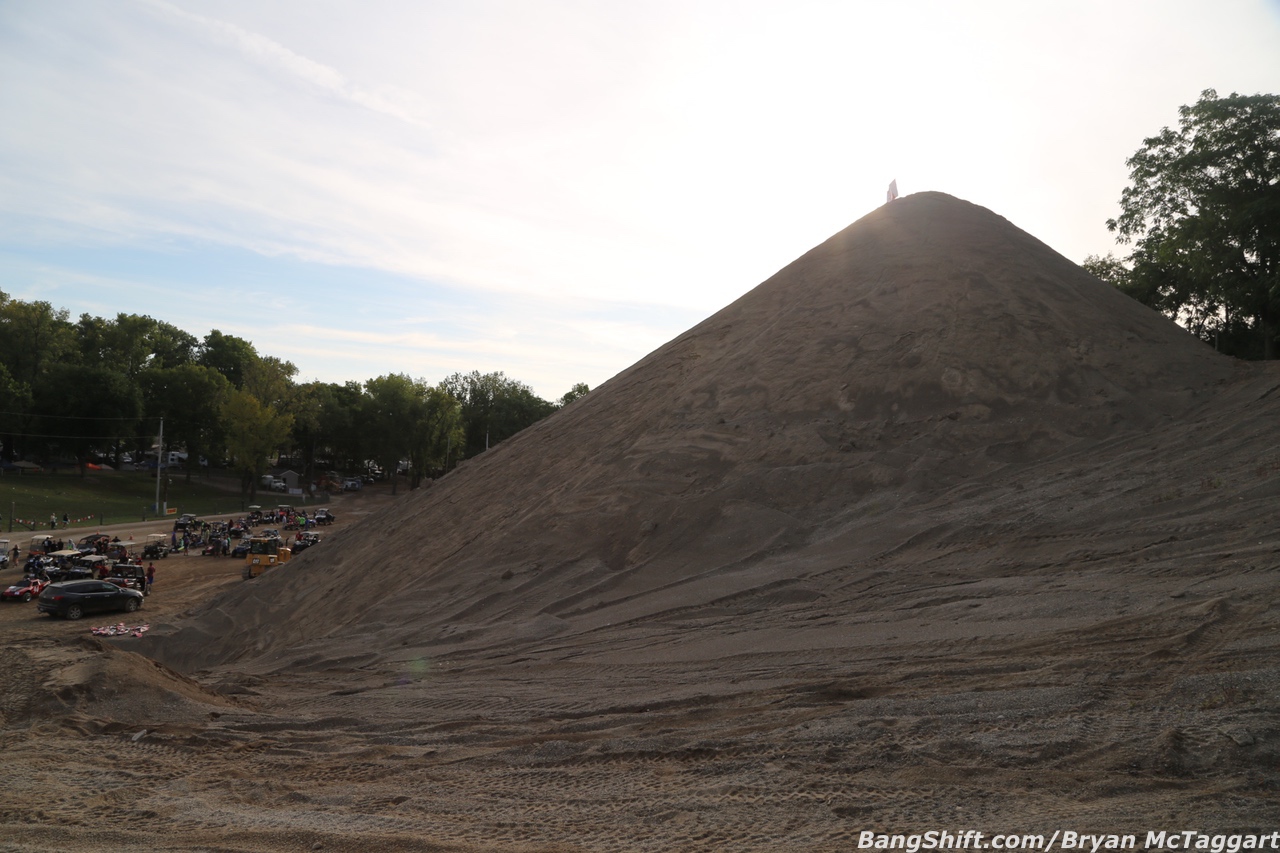 The second part of Gravelrama 49’s Sunday schedule is the part of the show that, in my mind at least, is the root of the whole week of activity: Elimination Hill. Four stories of sand and pea gravel at a slope that is more suitable for sand-sledding than it ever will be for motorized vehicles, the hill has two routes that are suitable for wheeled vehicles: the race route to the top and the turnoff that goes down to the dirt track that encircles the IOK Off-Road Park. Any point outside of the course, marked by flag tape, is begging for trouble…or will have certain photographers making a leap of faith onto a surface that could either be as soft as beach sand or as hard as concrete, covered in loose pebbles, whatever comes first.

The action at Elimination Hill kicks off shortly after lunch and goes until…well, to be quite honest about it, I haven’t found the end of the show yet. I went until it was obvious that I physically was beat. That’s not to difficult, after scaling the mountain numerous times over in the course of a couple of hours. Even if I was a spring chicken I’d be wondering what I was doing to myself. And these guys happily point the nose straight to the sky and cut loose with as much power as they dare. You would think they’d just hold it to the floor, but that isn’t as wise of an idea as you would first think. The chance of powering the rig into a backflip is very real, power wheelies when you’re already at an angle aren’t much better, and if you get out of line, then gravity gets involved. But you don’t want to be too light on the throttle, either…lose momentum and there’s a good chance you’ll sink the machine halfway to China. If you’re lucky, you back down off of the hill. If not, then you get hooked to a tow strap and one of the staff uses a well-worn Jeep CJ to rip you off of the hill. 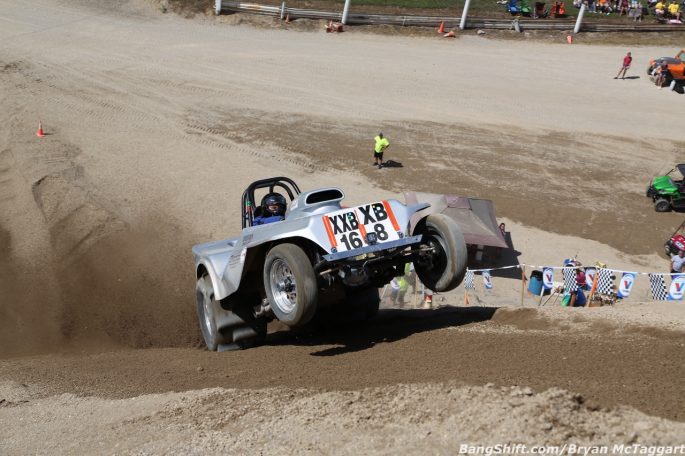