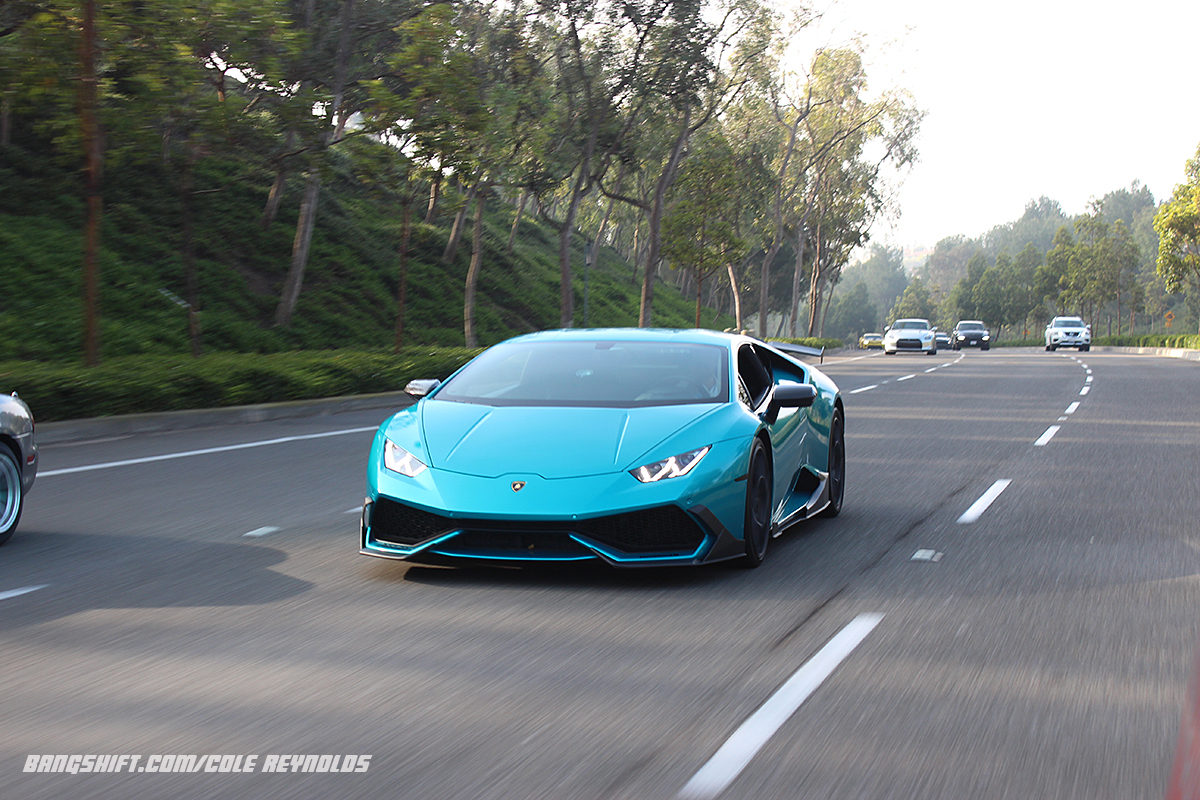 (Photos by Cole Reynolds) Because they change the route and meeting places each year, we don’t know where the 2019 Tour de’ Orange will be held exactly, but if we’re in town we will most certainly be a part of it. We had a great time, shot some cool photos, and saw some really cool rides doing what they are supposed to. After all, no matter what the value, a car is most at home on the road they were intended for which is exactly where they all were during the Tour de’ Orange. Vintage imports and domestics, exotics, sports cars, muscle cars, and some really cool imports, all shared the road with us in Cole’s 2005 GMC. But we weren’t the only truck, there were a few more cruising along with us and having fun too.

The cruise route was great, and had us cruising from Aliso Viejo over to Pacific Coast Highway and then up the coast through Laguna Beach and then up near Newport Beach. There we turned inland and ultimately ended up on a great road through some of the foothills which was great. Here is the entire story and our next gallery of photos. If you missed the first one, click the link below.

Chevrolet Has Released More Information On The Upcoming 2019 Silverado - 3.0L Inline-Six Duramax Diesel For Half-Tons! The Snow Wagon: This 1979 GMC Jimmy Is Exactly What You Need For The Winter!