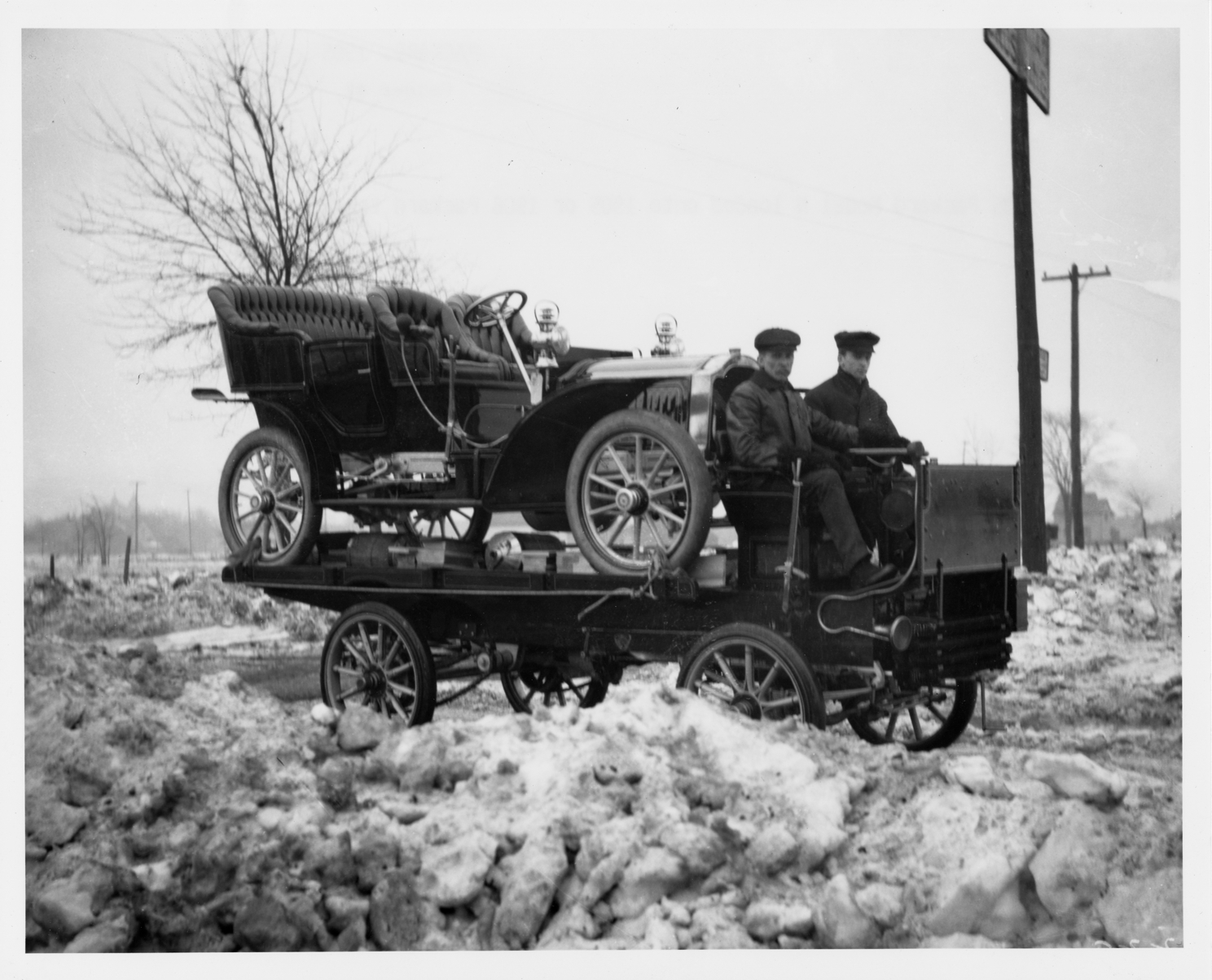 (Photos from Detroit Public Library Digital Archive) – I know some pretty tough people but I’m not sure even the modern toughies I know would thrive in the harsh realities of the world as it was back in the early 1900s. I mean, those people were TOUGH. Heck, look at the two guys in the front seat of the 1905 Packard truck hauling the 1905 Packard Model N in the lead photo. Wide open to the elements, snow on the ground, will coat on, jaw clenched. Those guys were not exactly wilting daisies, were they? The same can be said for many of the people featured in these historic photos from the Detroit Public Library digital archive.

Can you image being a part of the group riding in the truck that’s pictured here driving up Mt. Washington in 1905?! Mechanical brakes, lord knows what kind of oil spitting engine, and a suspension system that was literally identical to a Conestoga wagon. Speed would not be a concern there but having the guts to actually drive up and then the wherewithal to be abel to slow on the way down would keep us freaked until the trip was over.

There’s a load of great stuff in here. One of our favorite images is the first one below with all the guys assembling the Army truck during WWII. Want to talk about all hands on deck? That’s the look right there.