Holley LS Fest X: In The Pit With The Tuning School/Hoonigan’s Burnout Challenge! 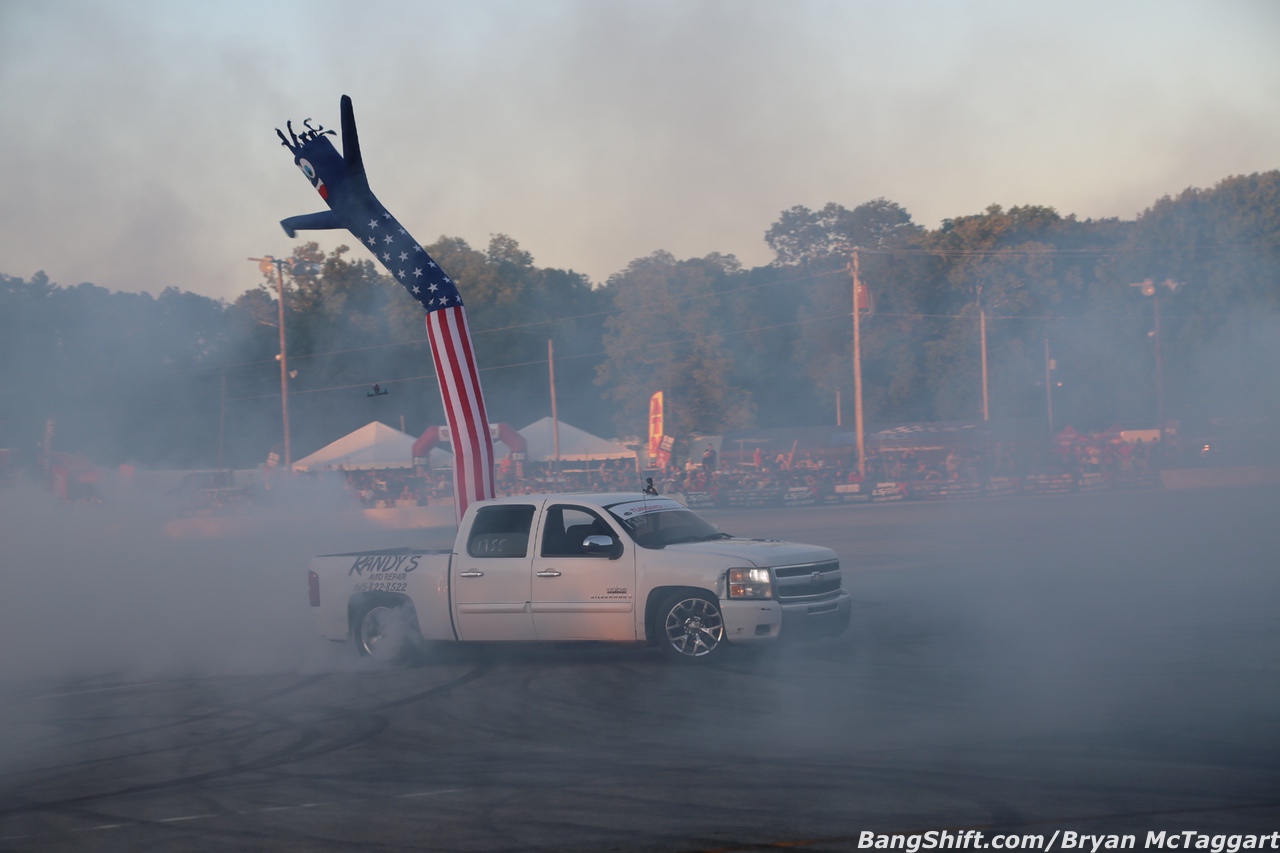 After a long day of show cars, drag racing, autocrossing and living up the intoxication that comes with a gathering of tens of thousands of gearheads who are all appreciating the show, we came to the point on Saturday that was going to be the most unhinged spectacle of the whole event. We’re not talking about the multitudes of engines that met their fate on the dragstrip, and we aren’t talking about the drifters, as wild as they may be. No, we’re talking about the one event that had every possible square inch of the wall surrounding Beech Bend’s oval track filled to the brim with spectators wielding cameras: the burnout contest.

On it’s third season at LS Fest East, the burnout contest has been arguably the most popular event the whole weekend. From 2017’s unbelievable throwdown that saw the 1989 Pontiac Safari of Three Pedals go absolutely full-on “self destruct” mode, people have lined up for the chance to turn the infield of the circle track into their own cloud-making facility. The event was sold out with a waiting list of participants ready to step in just in case someone broke their junk before it was time to annihilate a set of tires on the pad. We had the Grumman LLV (the Mail Truck), we had two clean Malibus, including the former CC/Malibu now owned by Three Pedals. We had Garrett Reed, who was hell-bent on celebrating the return of his Monte Carlo SS after it had been jacked at Power Tour earlier this year. We had C10s, we had a late-model with a surprise in the bed, and we had the Fairmonster, Tim Grillot’s radical Fairmont Futura that rolled in with the blower surging and a minute later rolled out with the cords left all over the track. We had a ball as Beech Bend got rowdy, so check out the winning burnout below and check out the photographs from the pit, too! 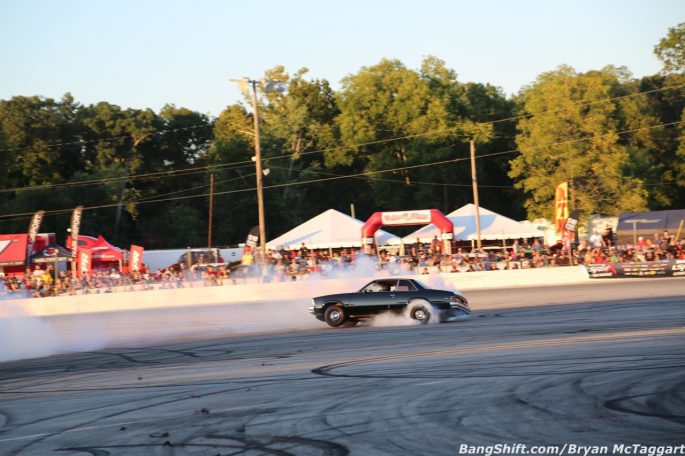 If you want to see more galleries and coverage from LS Fest X, CLICK HERE!