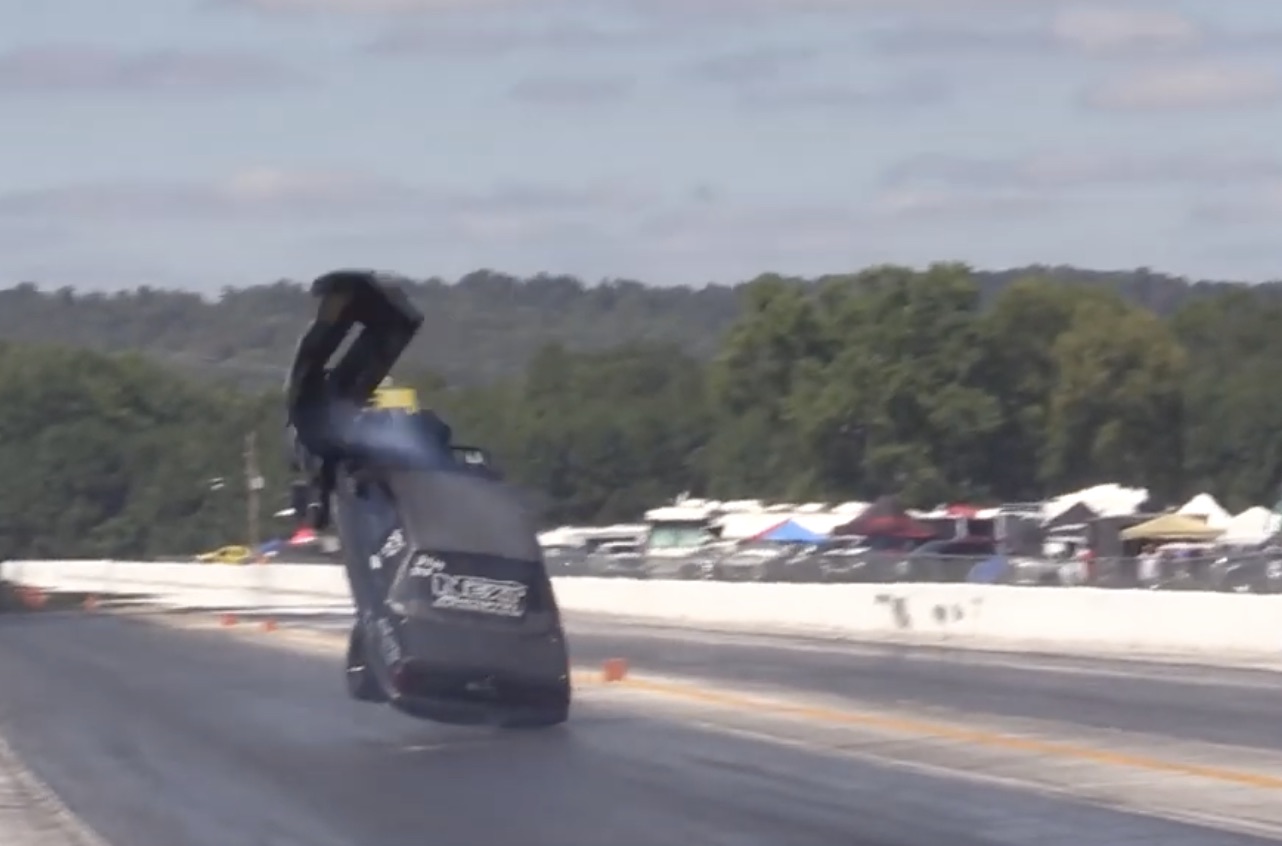 Perseverance. The ability to push through just about anything that comes your way with a positive, through hell and brimstone attitude, is the difference between the normal person and the winner. Shanon Princeton is perseverance personified, then. The duration of LS Fest’s Stock Block Shootout was filled with…well, there’s no other way around it, it was filled with carnage. Pistons went every which way but up and down, and for a while, it looked like Lohnes was in dire need of a hug every time I went into the tower all afternoon. You know the scene…where they are going to either start laughing like a broken man or crying like a broken man? Yeah…that kind of carnage.

But Princeton’s amount of broken things went well past the engine and wound up being the ultimate story of LS Fest. During qualification, the Fox lost the front clip, took to the skies, and came down HARD. The K-frame was tweaked and everything needed a solid once-over if anything was going to happen for a first-round appearance. With six hours of wrench time, they got the car a new K-frame, fixed the nose cone and got back to the track in time to run pass #2…and wound a head in the process.

For the entire program of LS Fest X, this team thrashed their asses off to keep this Mustang going, all the way to the finals. Love or hate the engine under that hood, you have to credit racers like this, who don’t understand that the word “quit” might exist.