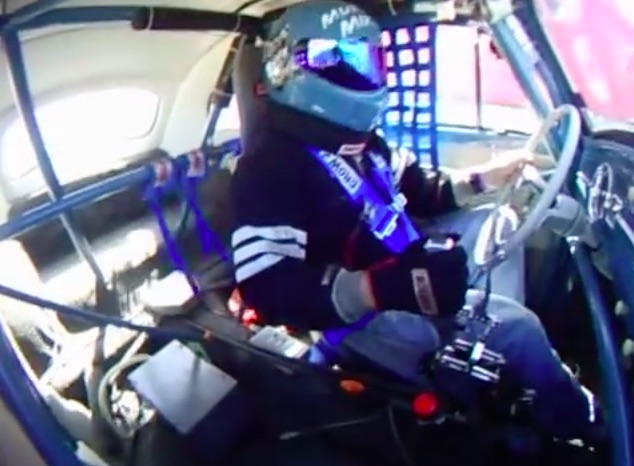 The subject of this week’s American Powertrain Parting Shift is a hot rodded VW Bug that runs in the high 10s in the quarter and sub seven seconds in the eighth mile. In this video we’ll see the car from the interior view as the driver, “Muffler Mike” launches and pulls four gears at Irwindale Drag Strip in California.

The VW Bug has been a drag racing hero nearly since it got to the US oh so many decades ago. They were competitive in the deep gas classes and could be found all over the sport. Guys like Warren Gunter and even Bill Mitchell were well known VW racers that had lots of success in the sport so  there’s not a lot of shock about seeing a fast VW (not that you would be). We just really like this car and we dig the fact that the driver is a total boss with the four speed as well.

We could go on all day but we won’t! Enjoy the bug and the slick shiftin’ of the driver!