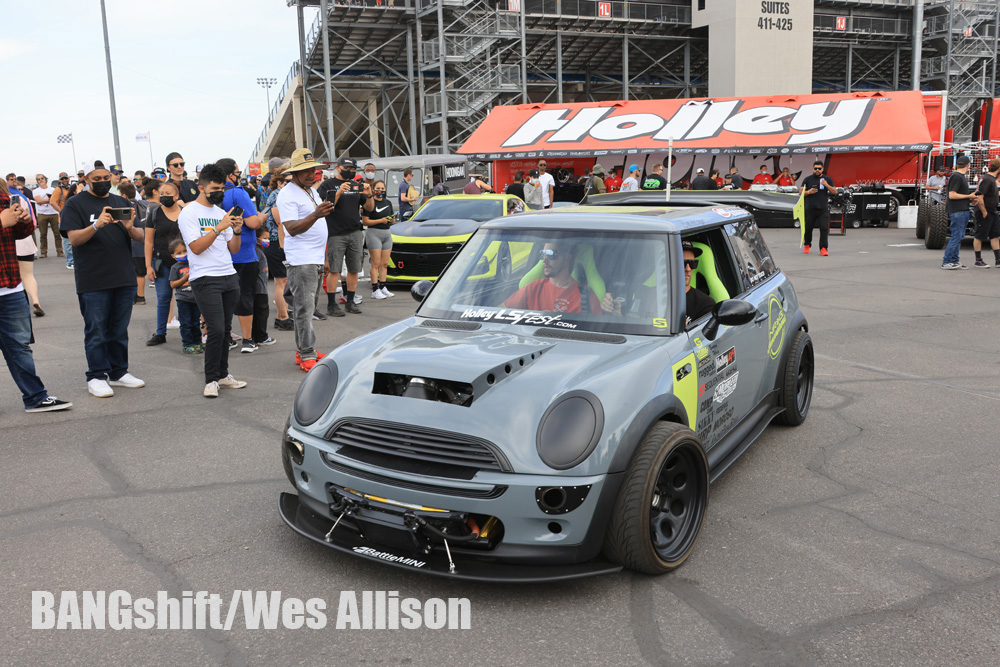 Muscle cars, street machines, drag cars, off-road rigs, imports, front wheel drive conversions, vans, RVs, Razors, boats, and everything else you can possibly imagine was at Holley’s LSFest West in Las Vegas. I mean all of it. There wasn’t any type of vehicle present that didn’t have an LS engine in it, except an airplane. No planes. But everything else was there and the photos to prove it are below.