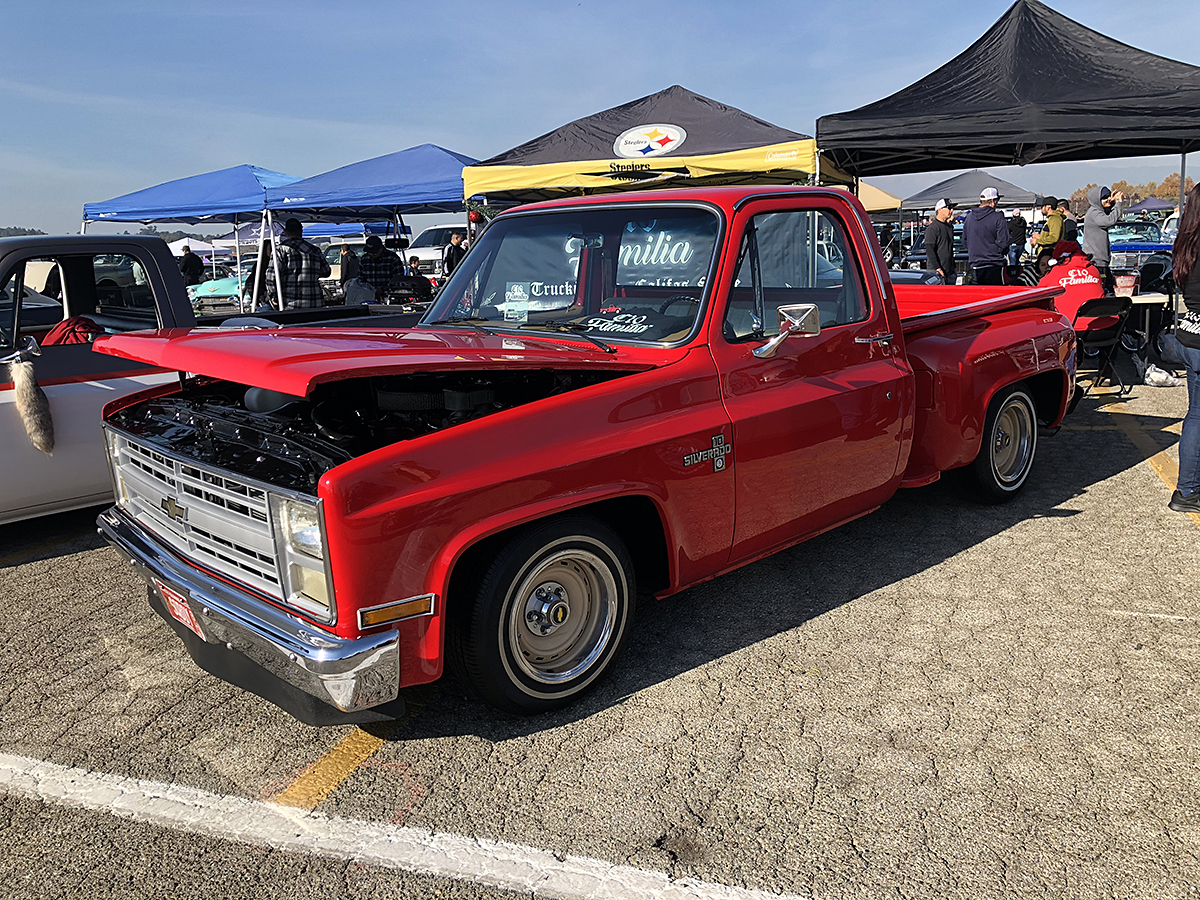 Be jealous all you want, but we don’t want to hear about it. There are thousands of planes and dozens of highways that will bring you to California for the Pomona Swap Meet so you can experience it yourself. And if it is on your “Bucket List” or your “Someday” list, then you are missing out and that’s a shame. Do it. At the next one. Don’t wait, or you might not get another chance. Who knows what life has in store, and it would be a shame to miss out on all this. But we don’t need to tell you just how iconic the Pomona Swap Meet is, because everyone knows it is one of THE places to go for any car guy. Parts, cars, beer, bbq and awesome people make this a great event and one that is amazingly huge for just one day. It is hard to believe that this many people converge on the LA County Fairgrounds to sell for less than 12 hours, but man it’s fun. We went out and walked the isles, bought a few small parts and some tools, drank beer with friends, and walked a ton of the car corral. Many of the cars on site were just there to show as opposed to being for sale, but there were some pretty cool deals to be had none the less. We had a hard time not trying to give some of our money away in order to gather up another project.