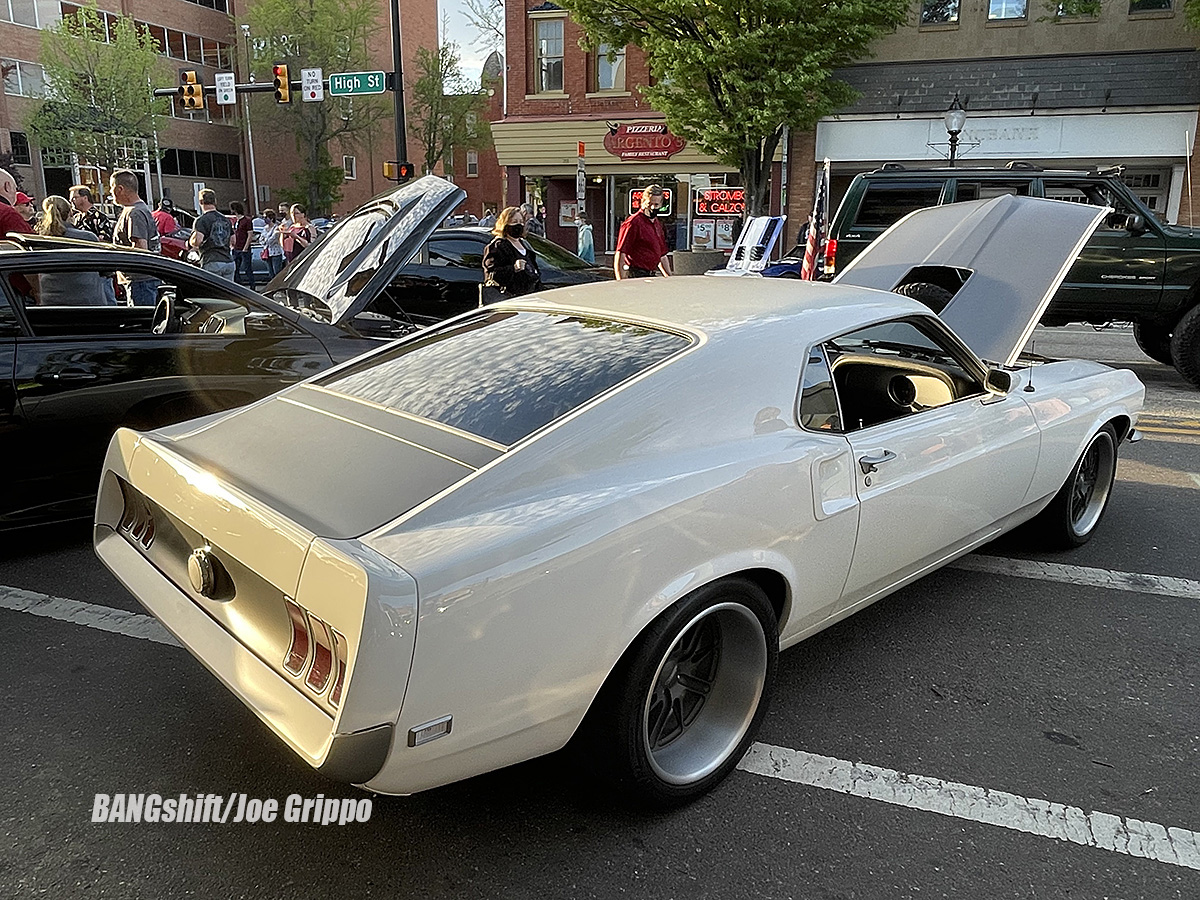 (Photos and Words by Joe Grippo) The small borough of Pottstown, Pennsylvania has rich history of the all-American activity of car cruising. Dating back to the 1960’s, several nights a week the small town situated between Philadelphia on the east  and Reading, Pa on the west, would be jam packed with car crazy folks bumper to bumper and light to light for miles. The main drag is High Street which runs east to west from one end of town to the other and as it heads through the business district splits into two lanes in either direction. Coupled with loads of curb side parking and lit up store fronts, it made for a perfect hang out spot. When I was able to finally partake in the 80’s, Friday and Saturday nights were the peak times but as the 1990’s started to evolve the scene was changing and the town fathers had to make moves to shut down the cruising tradition.

Fast forward to modern times, local car clubs brought back the cruisers by cutting a deal with the powers that be to shut down a several blocks stretch for a more orderly but still fun car show cruise night. The latest group to put on the Pottstown Cruise Nights is Red Horse Motoring Club, which is a private club of automotive enthusiasts, their club house is an old warehouse filled with vintage neon and other vintage killer signs and décor. A really cool spot.  The now static shows are held on the first Saturday of each month from May to October. The May edition was highlighted by Red Horse bringing in special guest Rob Ida, an amazing Hot Rod builder and metal fabricator, to display some of his handy work and a few cars from his collection. Check out the ’32 Roadster originally built by Gene Winfield packing a nasty blown Ardun mill and then the close twin with an Algon style injected Ardun. Overload! The ’40 Merc was a past Best of SEMA Build a few years ago and ogle the wooden buck of a Tucker prototype speedster called the Torpedo.

One of the real attractions to Cruising Pottstown is the variety of iron that shows up…hot Rods, vintage and modern muscle, slammed and lifted trucks of sizes, street machines and low riders, motorcycles and more. I couldn’t come up with a single genre of the car hobby that wasn’t represented. If you are even remotely local be there in June for the next get together. Check out the galleries for what you might see.

CLICK HERE IF YOU MISSED OUR PREVIOUS GALLERIES FROM POTTSTOWN