Power Tour Veterans’ Car Show At VFW 1298: The Forum Freaks Get Together! 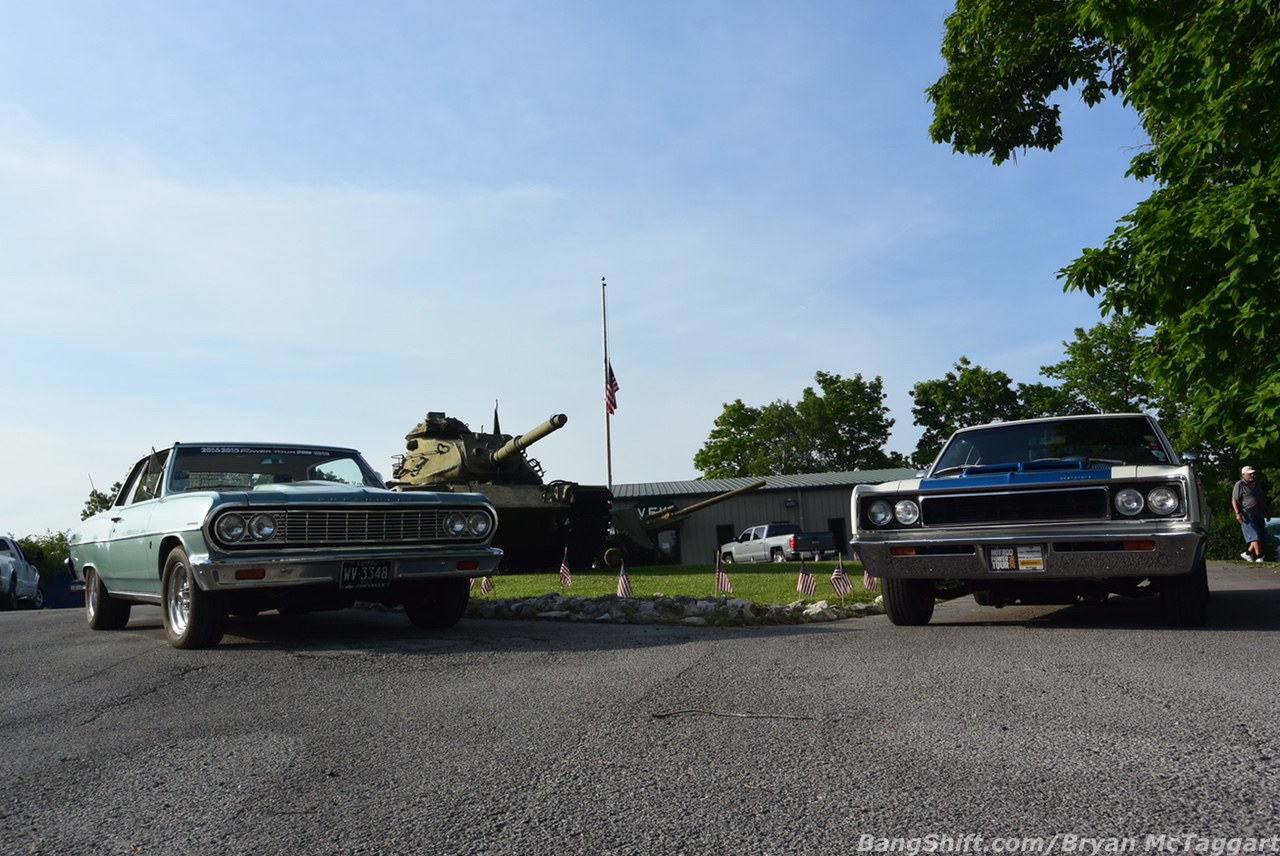 This was a project half a year in the making and I’m glad to say that I was a part of getting the ball rolling. In January a call was put out via the Power Tour board in the BangShift forums for a place where they could meet up prior to the big show, and in short order the Veterans of Foreign Wars chapter in Bowling Green stepped up and said that they would love to have a bunch of cars come and park on their lawn. Hell, they’d even provide food and drink and prizes! There was a bit of phone tag along the way and some minor changes, but after having been out there for a few hours, I can honestly say job well done, the show was a hit.

In the muggy afternoon heat, after our fun lapping the Chrysler at NCM, we went and sprung the Cadillac from it’s parking spot of the last couple of weeks and took both cars out to VFW 1298 and waited as car after car pulled in and parked. The volunteers inside had a fish fry going on, homemade desserts available, and most important, ice cold bottles of …water. (I heard there was other stuff in the canteen, but I can neither prove nor disprove.) Cars moved between the Laid-Back Chill-Fest and the Veterans’ Car Show at will, taking in the sights and sounds of what Bowling Green has to offer.

Among the highlights of the show (for me, anyways) was meeting Ruben Lancaster, the name behind the 1964 Chevrolet Chevelle SS ex-stock car known as “The Bus”. Chris DeWeese even legged the Chevelle up from Tennessee to check out the show for a bit, one of many beautiful rides gracing the grass. There was so much class and power in the show…and then there was the cheap Cadillac Limo over in the corner! Sorry, folks, it’s what I had! You can check out the prettier machines by clicking on a photo below. 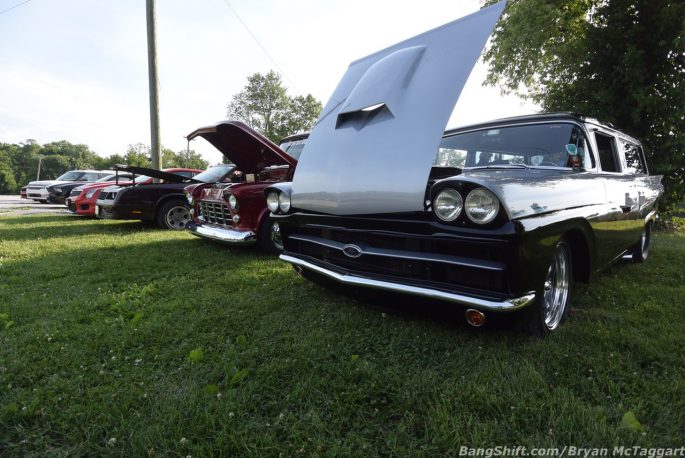 The High 5 Energy Jr. Dragster Showdown Is LIVE! Here Is Your Friday Recap From NHRA At Virginia, Including Number One Qualifiers.

One thought on “Power Tour Veterans’ Car Show At VFW 1298: The Forum Freaks Get Together!”