Truck Show Photos: Texas Heat Wave Was Hot, And Not The Show We Remember, But We’ve Still Got Photos To Share 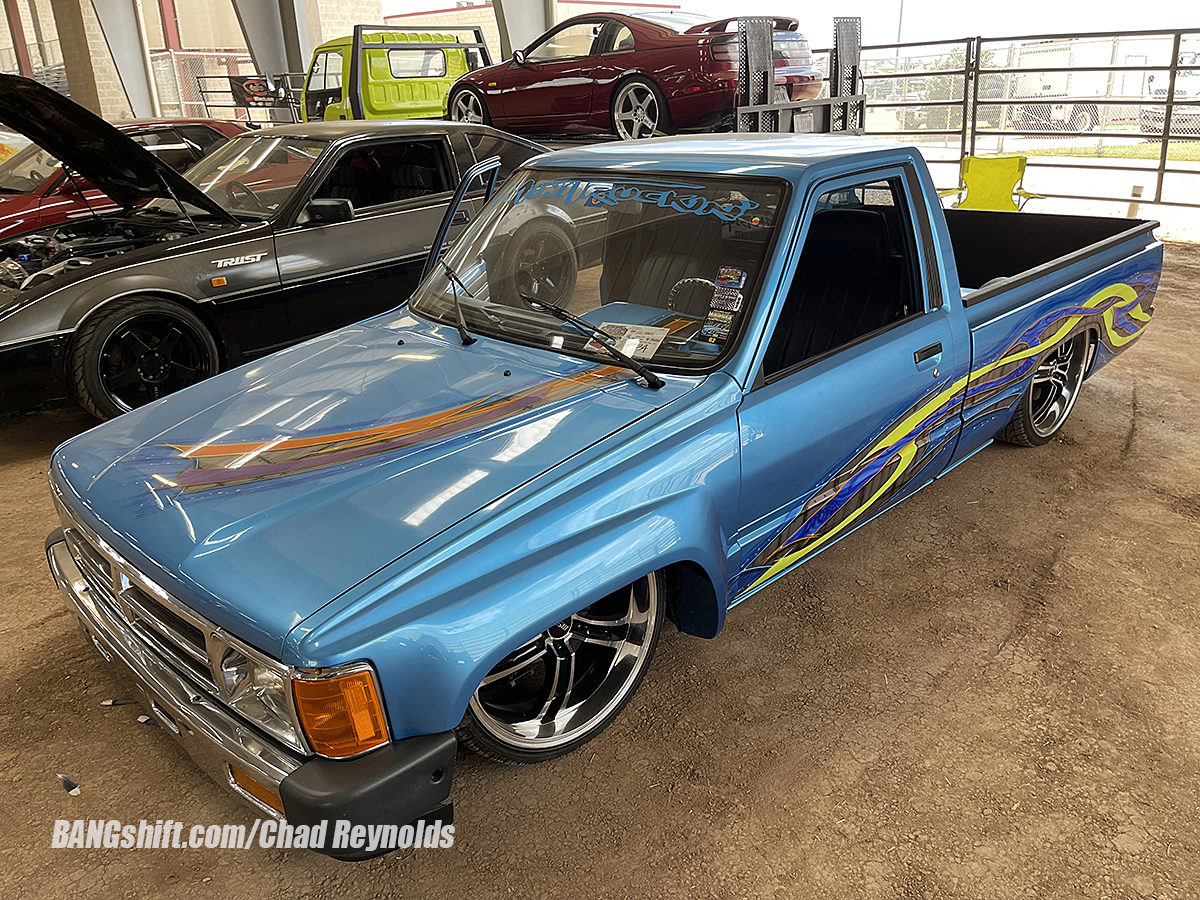 Charles Wickam and I were all excited to be heading down to the Williamson County Expo Center in Taylor Texas for the Texas Heat Wave Show, even though we had heard that the last couple years had not been super kind to the show. Texas Heat Wave has been around forever and was one of the premier custom truck shows when I was starting out in the mini truck scene and was one of those shows that Courtney, Finnegan and Alexander would hit and cover in the pages of the magazine all the time and that I dreamt about going to. So when I moved to Texas in December of 1997 I was stoked as hell to be taking my lifted, bagged,  shaved, flamed, and billet-equipped 1992 Chevy pickup to the show the next summer. And oh did I! And it was awesome!

Everywhere you looked were bagged, body dropped, lifted, shaved, and all-around custom trucks of every size and description. From mellow street cruisers and daily drivers to the most insane show trucks, they were all there and cruising the grounds. This show was definitely what it was originally started to be back in 1989 when two clubs started this show to be like a West Coast truck show. That means three days, camping and partying and cruising, like Resolutions, numerous events on the River in California and Arizona, and more. And the folks in Texas nailed it with Texas Heat Wave. Unfortunately, the growth and fame also caused some issues as the event outgrew venues in the Austin area and found resistance from some local law enforcement. This was the case when I went in 1998, but it was still an epic show.

Fast forward over the next few years and other venues and the show was still great even with some location challenges. I moved back to California in 2007 and didn’t do much in the custom truck show scene as I was focused on racing, but when I came back here to Texas last year I was hoping to hit Heat Wave up again, which leads me to this weekend.

It was hot, which is no surprise for Heat Wave, as it is always held in late July or August which is the hottest time of the year here in Texas. So Wickam and I trudged our fat asses around the show, losing a few pounds in water at least, and a whole stack of cash out of our wallets to get in, and checked out most everything that was on-site, and the turnout was certainly not overwhelming. I’m sure COVID is still impacting things, but there was a lot of open space at this show, which has not been the case in other custom truck shows this year, and the venue didn’t seem to be utilized very well. Despite having lots of nice open grassy areas there was a huge amount of the show on gravel which made for a very dusty mess that just wasn’t nearly as enjoyable as it could have been. And for us, the variety of trucks just wasn’t there that we’d seen at other events this year, which was again a little disappointing.

I love trucks, and respect stuff even if it isn’t my cup of tea, but the bro dozers felt like the largest group of trucks at this event this year and we heard it from several other show goers walking around. Again, kudos to those guys for building some cool rides, but we also wanted to see more lowered and custom trucks. And there were some, which we have photos of to share, but we were hoping for a lot more. The tattoo expo part of the show was small but cool and the stereo display and sales area was hopping too. In fact we spoke to a few manufacturers about projects we have to plan for and got some great information and saw some cool new stuff. We’re hoping for big things from Texas Heat Wave in 2022, so we aren’t giving up on it, and hope that all of you truck enthusiasts out there will come on down and make Heat Wave great again as well!

3 thoughts on “Truck Show Photos: Texas Heat Wave Was Hot, And Not The Show We Remember, But We’ve Still Got Photos To Share”